Special guests are the Whites’ Liberian family, the Tarlesson family of Guinda, Calif.

San Francisco – On July 11, from 6-9 p.m., the San Francisco Appreciation Society (SFAS) will honor artist Eugene E. White for 50 years of painting and community service with an exhibit, artist talk and reception at the African American Arts and Culture Complex (AAACC). Mr. White’s work, alongside the paintings of Edythe Boone, photography of Armand Wright and pieces from the collection of the African American Historical Society is part of the AAACC’s Elders Project 2013, celebrating the creativity, strength, perseverance and beauty of older African Americans. 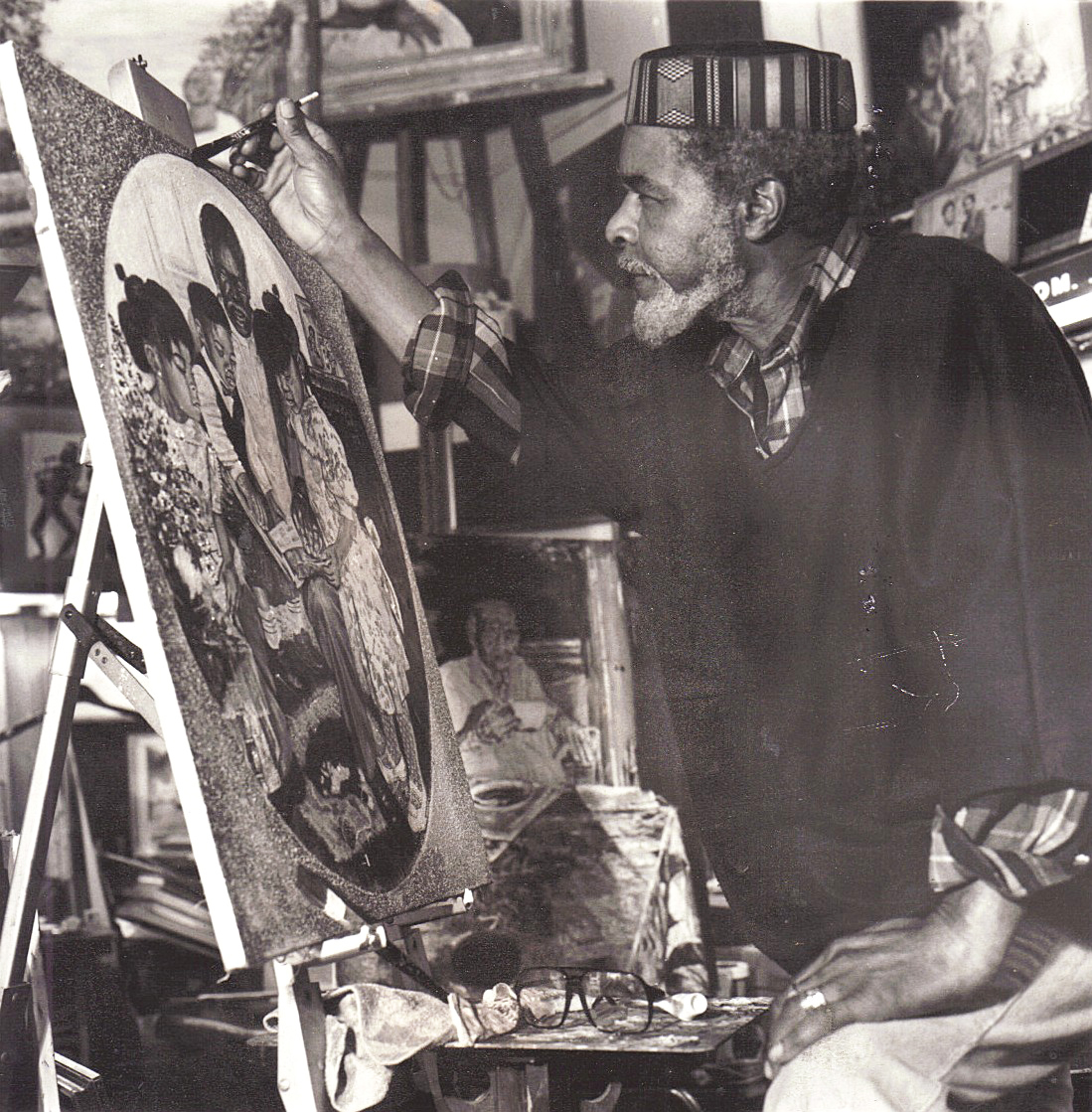 “This is such a timely exhibition that allows us to not only exhibit the work of our amazing elder artists, but also to say thank you! We are pleased Mr. White has joined the other esteemed artists and historical artifacts compiled for this important show and are happy the SFAS has chosen to partner with the Center and the Elders Project to honor the artist’s life,” says Melorra Green, visual arts coordinator of AAACC.

“My colleagues in the SF Appreciation Society are thrilled that Mr. White agreed to display his prints and originals on what promises to be an extraordinary night,” says Denise Sullivan, SFAS’ coordinator for Mr. White’s participation in the event.

Eugene White’s life journey started in Ozan, Arkansas, where he was born on March 29, 1933, to James White Sr. and wife Maggie, parents who instilled in him the value of hard work and the spirit of bravery. “As a child I was exposed to many realistic experiences and expressions that have not been forgotten: the singing, praying and shouting, the infinite love and strength that I felt among my people – my race. Hunting rabbits, gathering pecans, mending fences for the cattle and, of course, picking cotton and hauling hay – these memories could have very well been forgotten in time but such memories have been the motivation behind my art, as in the painting titled, “Evolution of the Blues.’”

Traveling the world, observing and documenting the black experience, from Lagos, Nigeria, to Chicago, Illinois, and as an independent artist in residence on university campuses nationwide, White’s rural Southern roots survive in his creations on canvas. Like fellow artists Charles White and Aaron Douglas, both with whom he was acquainted, Eugene E. White largely paints the lives of African Americans, but he can and does paint anyone or anything – from cows and cowhands to boardrooms and heads of state.

Mr. White’s work, alongside the paintings of Edythe Boone, photography of Armand Wright and pieces from the collection of the African American Historical Society is part of the AAACC’s Elders Project 2013, celebrating the creativity, strength, perseverance and beauty of older African Americans.

Mr. White’s work is on view throughout the city, from portraits on walls of churches and community centers to simple retail signs, but his personal body of work, hundreds of paintings and drawings, has rarely been shown. Maintaining a studio and gallery for over 50 years in San Francisco where he raised his family with his wife Lynnette, White has also written an autobiography, “Jabo’s Boy – Now His Manchild,” published in 2004. An expanded edition is in the works. In 2006, he received the Medallion for the City of Nashville, Arkansas.

The San Francisco Appreciation Society is pleased to devote a portion of the evening’s program to celebrating Eugene E. White’s painting. With one eye on the inescapable past and the other on the prize, future generations and people from all walks of life may well see their own reflection in Mr. White’s impressive, full color chronicle of Black life.

An AAACC reception for the Elders Project 2013 and the SFAS presentation to Eugene E. White will take place July 11 from 6-9 p.m. at the African American Arts and Culture Complex, 762 Fulton St. in San Francisco. Free parking is available. To learn more, call (415) 922-2049, email info@aaacc.org or visit http://aaacc.org.

For more information on the Elders Project 2013 featuring the work of Edythe Boone, Eugene E. White, Marie Johnson Calloway, Armand Wright and contributions from the African American Historical and Cultural Society, on view through Aug. 8, 2013, in the AAACC, contact melorra@aaacc.org.

To learn more about the Tarlesson family from Liberia, visit tarlessonfarms.org. 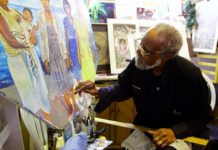 ‘The Black Woman Is God’