Another death sentence, valley fever, combined with the lack of constitutionally adequate medical care, has resulted in 62 known deaths since 2006 within the California prison industrial complex. 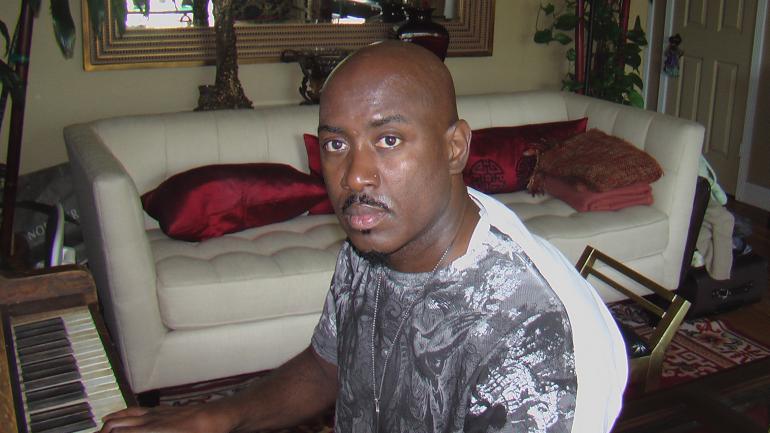 This matter was heard in the U.S. District Court on June 17 before Judge Henderson. On June 24 he ordered Gov. Brown and CDCR to remove all high risk prisoners from Avenal and Pleasant Valley state prisons. They have 90 days to complete the court ordered transfers.

“Defendants (Gov. Brown and CDCR) have therefore clearly demonstrated their unwillingness to respond adequately to the health care needs of California’s inmate population, which is particularly ironic given Defendants’ insistence in other court filings that they are now providing a constitutional level of care,” Judge Henderson stated.

According to Joyce Hayhoe, spokesperson for the federal receiver, CDCR has known that African American prisoners have the highest risk of contracting and dying from valley fever. California prisoners are paying the ultimate penalty for being African American and over 55. In CDCR, valley fever minus health care plus racism and ageism equals death.

Born and raised in the Central San Joaquin Valley, I played in this fungus tainted dust bowl. I attended West Hills College in the town of Coalinga a decade before Pleasant Valley Prison was erected within its borders. I know this place of diseased soil, and I understand Jerry Brown’s prison industrial complex from the inside out.

The receiver was put in place to stop preventable deaths caused by the lack of heath care. Gov. Brown and CDCR do not appear to believe prisoners deserve health care, or any kind of care.

California prisoners are paying the ultimate penalty for being African American and over 55. In CDCR, valley fever minus health care plus racism and ageism equals death.

CDCR’s severe overcrowding resulted in constitutionally inadequate medical and mental health care. On May 23, 201l, the U.S. Supreme Court upheld the ruling by a three-judge panel requiring CDCR within two years to reduce its population to 137.5 percent of capacity. CDCR was at 180% of design capacity.

“We are compelled to enforce the federal Constitution and to enforce the constitutional rights of all persons, including prisoners,” explained the three-judge panel – comprised of U.S. District Judges Thelton Henderson, Lawrence Karlton and Stephen Reinhardt of the 9th U.S. Circuit Court of Appeals.

Gov. Brown and CDCR do not appear to believe prisoners deserve health care, or any kind of care.

Schools are quietly closing, up and down the state, and teachers receive pink slips. Why so much noise at the idea of shutting down a dangerously poisonous prison?

The Central Valley is addicted to the prison economy. Central Valley communities fought hard to have prisons implanted in their backyard, and they are extremely reluctant to release the cash cow. Even when the prisoners are dying.

Kings County Supervisor Joe Neves says that “the impact on Avenal will be substantial,” but not due to the loss of life. The City of Avenal sells water to the prison.

Dr. John Galgiani, professor of medicine at the University of Arizona and founder of its center to research valley fever, said that this is a “public health emergency” and Avenal and Peasant Valley state prisons must be “shut down.”

Why so much noise at the idea of shutting down a dangerously poisonous prison? The Central Valley is addicted to the prison economy.

Kelso views the response by Gov. Jerry Brown and CDCR to valley fever as “anemic,” while Donald Spector, director of the Prison Law Office and lead attorney in the prison overcrowding lawsuit, Plata v. Brown, describes this as “a toxic environment which causes death.” Condemned to valley fever, another death sentence.

Donald Ray Young is an innocent man, erroneously convicted and sentenced to San Quentin’s death row in 2006. Young is a paralegal with an associate of arts degree in sociology. He hopes to pursue further education, including a law degree that will aid him in achieving his exoneration. His first book is scheduled for release this year, and you can write to him at: Donald Ray Young, E-78474 East Block, San Quentin State Prison, San Quentin, CA 94974. 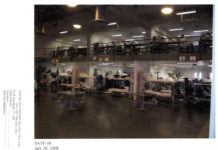 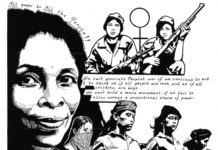 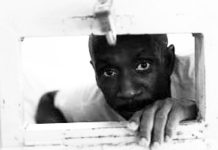 Children receive gifts from loved ones behind bars at Community Giveback