Speaking in Tanzania at the end of his African tour, President Obama urged “countries neighboring the Democratic Republic of the Congo” to make peace. Congo shares borders with nine African nations, but the president declined to say which of them he was referring to.

KPFA Evening News Anchor Cameron Jones: President Obama concluded his Africa tour in Tanzania last week, where he spoke with Tanzanian President Jakaya Kikwete, as the U.N. Combat Intervention Brigade began to deploy in the eastern Democratic Republic of the Congo. The U.N. brigade has a Tanzanian commander and a mandate to pacify armed militias, particularly Rwanda’s M23 militia, which has announced that it intends to do battle with the U.N. brigade, particularly over Goma, the capital of North Kivu Province, on Congo’s border with Rwanda. M23 seized Goma and then withdrew under pressure last year. 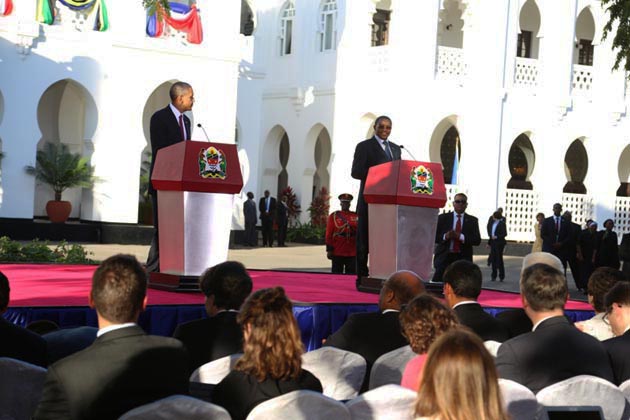 Obama spoke about the U.N. brigade at a press conference, but declined to name Rwanda and Uganda as the aggressors in eastern Congo. KPFA’s Ann Garrison has the story.

KPFA/Ann Garrison: When Presidents Obama and Kikwete addressed reporters at a press conference, President Obama declined to name Rwanda and Uganda as the principle aggressors in eastern Congo, despite many years of U.N. reports which have. The 2012 U.N. report even said that the M23 militia in Congo takes its orders from Rwanda’s top military commanders, who, of course, take orders from Rwandan President Paul Kagame. Here is President Obama:

President Obama: The countries surrounding the Congo, they’ve got to make commitments to stop funding armed groups that are encroaching on the territorial integrity and sovereignty of the Congo. And they’ve signed on to a piece of paper now. Now the question is: Do they follow through?

KPFA: Many Congo peace activists, including Friends of the Congo Mining Researcher Kambale Musavuli, writing in the San Francisco Bay View and the Black Star News, responded that if President Obama wants Rwanda and Uganda to stop funding armed groups in Congo, he should stop funding Rwanda and Uganda.

At the beginning of March, BK Kumbi, a Congolese-Swiss historian and activist, interrupted U.N. Secretary General Ban Ki-moon’s Geneva speech about the Congo peace agreement to demand that aggressor nations Rwanda, Uganda and Burundi – and most of all Rwanda – be named. 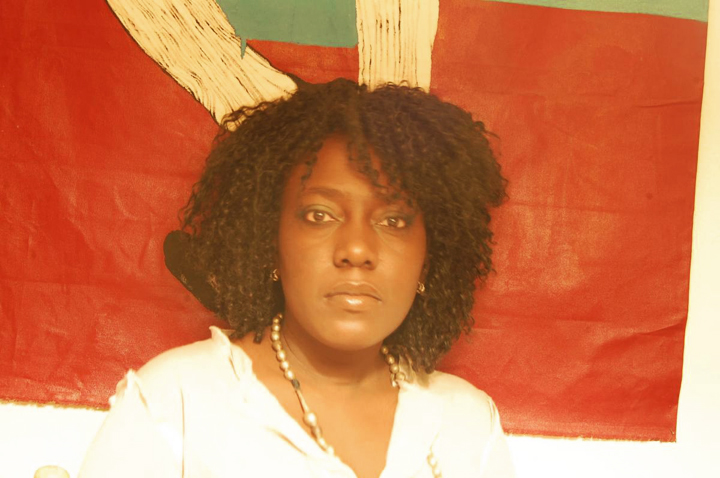 BK Kumbi: What about people of the Congo, please? What about people of the Congo? You don’t say anything about that. There’s been killed 8 million people and you’re making fictitious peace! And you’re telling us that this is peace! When aggressors are not named! Rwanda is responsible for what is going wrong with the peace in Congo. Burundi! Uganda! You should say that!

KPFA: A change.org petition circulated by BK Kumbi’s organization and a long list of Congolese activist groups says: “The apparent well planned decimation of populations of the Great Lakes by Rwandan, Burundian and Ugandan armed militias is pursued in conjunction with the plundering of Congolese natural resources. The unrestrained exploitation of minerals enables these countries to enrich themselves and enables their governments to stay in power and at the same time serves the interests of multinationals and those of some Western powerful countries.”

In a December 2012 New York Times Op-Ed, Philippe Bolopion of Human Rights Watch asked: “How do you get away with arming a rebel force that attacks U.N. peacekeepers, rapes women and recruits children? You need powerful friends, and Rwanda has had one … the United States.”