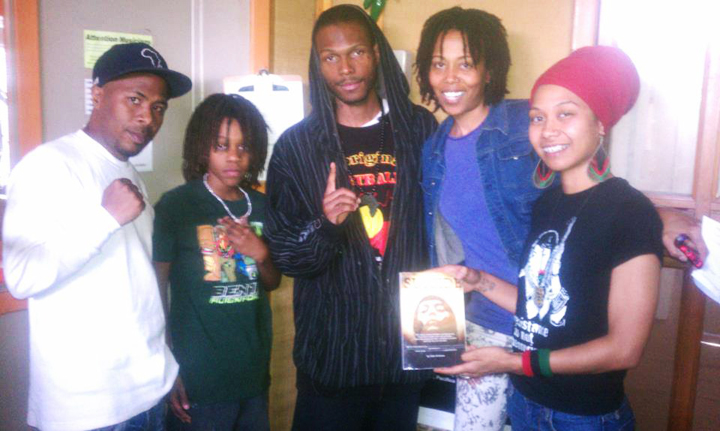 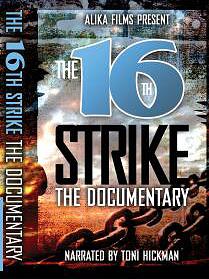 “We create a reality that revolves around false beauty and deny our natural selves. We pay our tithes to the church and think that we can continue to say amen and our problems will be wiped away. Meanwhile, we are still enslaved by the very things that have created the illusion of freedom.

“Why is this documentary important? Because we need to wake up and see our babies are dying. We are being exterminated like mice to a mousetrap! The cheese for us is marketing ignorance. Money, greed, illusion.”

Toni Alika Hickman is a mother, musician, author, activist, speaker and now filmmaker. She is a member of Krip-Hop Nation. Her CD, “Crippled Pretty,” and her book, “Chemical Suicide: Death by Association,” deals with how corporations sell us what they consider beautiful knowing that this standard is not achievable and causing us to cripple ourselves physically and emotionally.

She teamed up with videographer Danny Russo, and they created “The 16th Strike,” a documentary under Alika Films focusing on the current state of Blacks/Africans in America. It also deals with possible solutions we must incorporate in order to come out of the unhealthy situations we are currently in. Our food system, our jail system, our economic system, our family structure and more need to be addressed, as we are in a state of crisis!

Why is this documentary important? Because we need to wake up and see our babies are dying. We are being exterminated like mice to a mousetrap!

Toni Alika Hickman will be screening her documentary, “The 16th Strike,” in the Bay Area on Saturday, Aug. 17, 2013, at the San Francisco Main Library in the Koret Auditorium, with poetry by Lisa “Tiny” Gray Garcia and Vivian Louise of Poor Magazine’s Po’ Poets Project.

For more on this exciting film and filmmaker, read “‘The 16th Strike,’ documentary on the current state of Blacks/Africans in America: interview with filmmaker T ‘Alika’ Hickman.” And visit http://www.tonihickman.com/.