Oakland – California Assemblyman Tom Ammiano issued a statement Thursday urging the California Department of Corrections and Rehabilitation (CDCR) to meet with prisoner hunger strike mediators and work toward meeting the prisoners’ demands. Prisoners throughout California have been on hunger strike for 25 days, demanding an end to indefinite solitary confinement, comprehensive changes in draconian “anti-gang” policies, an end to collective punishment, and the provision of nutritious food and constructive programs and educational services. 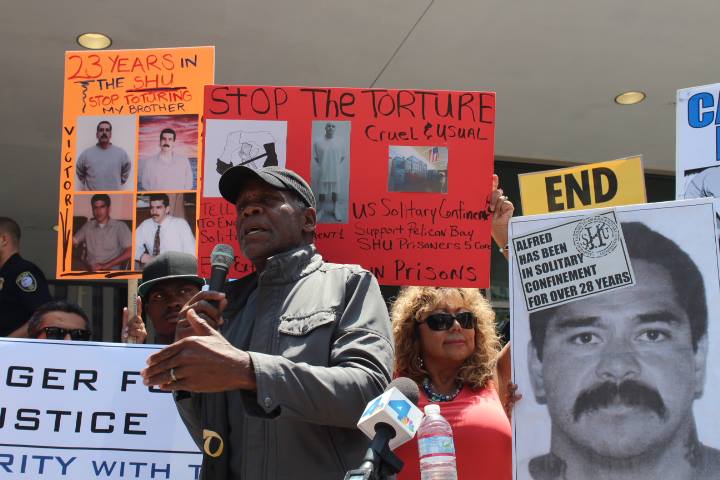 “These are not minor prisoner complaints; they are violations of international standards that have drawn worldwide attention. To keep anyone in severe isolation for indefinite amounts of time does not meet norms of human rights that civilized countries accept,” said Ammiano. “I support those who are asking the administration to take more active steps to change the culture in CDCR. I am hopeful that the CDCR leadership will talk to mediators for the hunger strikers and that those talks can lead to progress that would allow this hunger strike to end.”

“We applaud Assemblyperson Ammiano for taking such a strong stance in support of basic human rights for California prisoners,” said Donna Willmott, a spokesperson for the Prisoner Hunger Strike Solidarity Coalition. “We hope other California decision makers join with him and not only make strong statements but also take decisive action to bring about a resolution of this crisis.”

The CDCR has taken a hard line against the strikers and their families, making unsubstantiated claims that the strike and its outside support is part of massive gang conspiracy. They have also publicized salacious details of some prisoners’ criminal histories, ignoring the roles these prisoners are playing in making just human rights demands and calling for an end to hostilities among prisoners.

The CDCR continues to make assertions that the department’s use of extreme isolation is justified to control “the worst of the worst.” Despite the prisoners being derided by the CDCR, support for them is spreading.

“I support those who are asking the administration to take more active steps to change the culture in CDCR. I am hopeful that the CDCR leadership will talk to mediators for the hunger strikers and that those talks can lead to progress that would allow this hunger strike to end,” said Ammiano.

Tuesday, nearly 100 family and loved ones of strikers visited the California State Capitol and presented 70,000 signatures urging negotiation with the strikers to Gov. Jerry Brown’s office. Though Brown himself did not meet with family members personally, one of his aides did, marking the first public involvement from his office.

On Wednesday, hundreds rallied in support of hunger strikers at demonstrations held in Los Angeles, Oakland, London, New York, Santa Cruz, Jackson and Philadelphia. Demonstrations were also held in Germany and Guyana. Demonstrators demanded that the CDCR and governor negotiate with strikers immediately and end any and all retaliations against their protest.

Los Angeles’ rally was attended by at least 200 and included speeches by actors Danny Glover and Mike Ferrell. Wednesday’s rallies also drew connections between the hunger strike and the recent Trayvon Martin protests. “In coming together, we work toward bringing an end to injustices everywhere, from solitary confinement to racial profiling to mass incarceration,” said Dolores Canales of the Prisoner Hunger Strike Solidarity Coalition, whose son is on hunger strike in Pelican Bay.

Demonstrators demanded that the CDCR and governor negotiate with strikers immediately and end any and all retaliations against their protest.

The death of hunger striker Billy Sell in the Security Housing Unit (SHU) at Corcoran Prison continues to be an urgent concern. A moment of silence was held in Sell’s honor at the Oakland rally on Wednesday. Ammiano addressed Sell’s death directly, saying: “Although the death of a prisoner who had participated in the hunger strike has been ruled a suicide, I can’t be comforted by the knowledge that conditions in taxpayer funded institutions have led to unusual rates of suicide instead of reasonable rates of rehabilitation.”

Amnesty International also condemned Sell’s death and is joining strike supporters in demanding an independent investigation. “Conditions for prisoners in solitary confinement in California are an affront to human rights and must end,” said Amnesty.