When Gov. Brown appointed Jeffrey Beard to be the new secretary of Corrections in California last year, it was supposed to signal a new era. After decades of correctional leaders who were insiders, brought up in a system that had normalized a state of permanent crisis and systemic inhumanity, Mr. Beard looked to be reason for hope: a respected correctional leader from a state without such a disgraceful record and, indeed, an outside expert who had provided testimony against California in the landmark Brown v. Plata case. 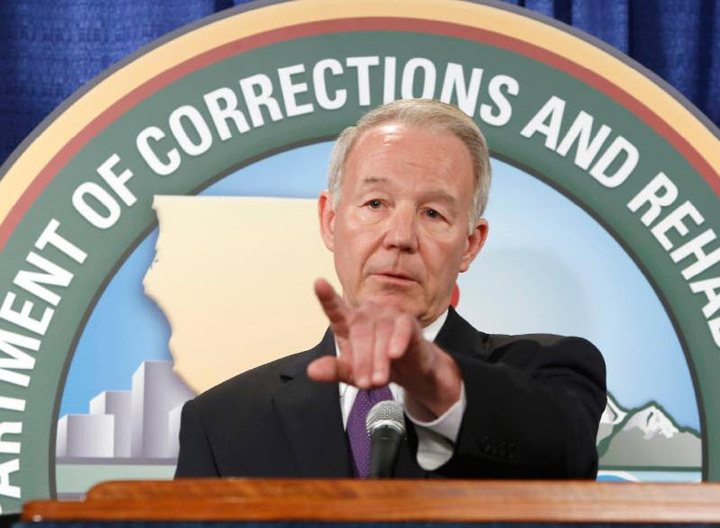 Unfortunately, Secretary Beard’s public statements since coming to the job reflect a complete failure to acknowledge the gravity of the human rights abuses his agency is guilty of and an apparent commitment to defend the status quo at any cost. Recent examples include his petulant refusal to take seriously the danger posed by Valley Fever to vulnerable inmates – this in a system that the U.S. Supreme Court castigated for its “deliberate indifference” to the medical care of prisoners for decades – and his fear mongering on the consequences of complying with the federal court’s population cap.

Now his public statements demonizing the hunger strikers and defending California’s indefensible SHUs – their terminology for total lockdown isolation prisons, known generically as supermax – make clear that all hope for change in this administration should be abandoned. It’s time for a protest movement and direct action campaign to force real change starting with Secretary Beard’s resignation.

Unfortunately, Secretary Beard’s public statements since coming to the job reflect a complete failure to acknowledge the gravity of the human rights abuses his agency is guilty of and an apparent commitment to defend the status quo at any cost.

Secretary Beard’s recent L.A. Times op-ed piece trashing the hunger strikers and defending the SHU is a perfect example. As major human rights organizations have established – read the Amnesty International report here – California’s super isolation facilities are an outlier in a country that is already a global outlier in its reliance on these inhuman prisons.

While in most states that use supermax prisons, prisoners are there for specific acts of criminal violence and for a limited period of time, California uses its SHU mostly for prisoners suspected of being members of prison gangs and keeps prisoners there indefinitely. As a result, scores of prisoners have been held in the SHU for decades – far longer than any Guantanamo prisoners.

I have written before about the Orwellian quality of California’s “gang problem.” Having long ago abandoned any effort to offer meaningful work, education or rehabilitative treatment in its insanely large and overcrowded prisons, the creation of a gang system to provide some level of predictable order was inevitable and must be seen as a de facto public policy of California. And indeed there is plenty of empirical evidence of the system’s complicity in organizing and sustaining the racially defined gangs.

Secretary Beard is not responsible for this situation, but instead of working to change it, he appears to be committed to defending the status quo. His op-ed piece is full of alarming claims about the murderous behavior of the “gang leaders,” who are supposedly forcing the strike on others.

But CDCR denies journalists and external experts access to the prisoners, so we have to rely completely on Secretary Beard for the veracity of claims that conveniently fit his interest in ending the strike and the public attention it has brought.

“Many of those participating in the hunger strike are under extreme pressure to do so from violent prison gangs, which called the strike in an attempt to restore their ability to terrorize fellow prisoners, prison staff and communities throughout California.” [All quotations come from Beard’s L.A. Times op-ed, except the one attributed to Amnesty International.]

Really, I thought the whole justification for the SHU was to prevent these leaders from terrorizing and pressuring other prisoners. If they can force inmates who are locked down 23 hours a day to deny themselves food, what exactly is the SHU supposed to be accomplishing?

“For decades, California has had the most violent and sophisticated prison gangs in the nation. When gang violence exploded during the 1970s and 1980s, and crime rates around the state rose to record highs, state prisons felt the impact. Between 1970 and 1973, 11 employees of the California Department of Corrections and Rehabilitation were slain by inmates, and many others were brutally assaulted.”

This is internally contradictory. The violent explosion took place between 1970 and 1973, more than a decade before the first California SHU was opened. By then violence – much of it related to the political struggles across the country in the early 1970s – had largely abated.

As plenty of evidence suggests, the SHU was really created to help justify and manage California’s mass incarceration juggernaut. There is no public evidence linking California crime rates with internal gang activity in prisons. If Secretary Beard has the statistics to prove this, he should publish them.

Secretary Beard is not responsible for this situation, but instead of working to change it, he appears to be committed to defending the status quo.

“After this turbulent and violent time, and in response to the growing threat of gangs, the corrections department created SHUs to safely house gang members and their associates while minimizing their influence on other prisoners. Restricting the gangs’ communication has limited their ability to engage in organized criminal activity and has saved lives both inside and outside prison walls.”

Huh? Again, if the SHU works, how is it that these gang leaders can manipulate prisoners throughout the state? If it doesn’t work, why are you defending it? 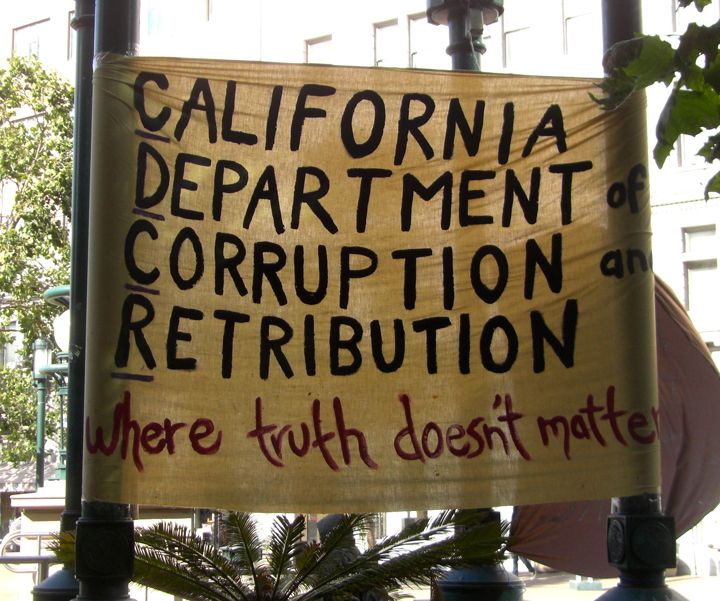 “There are SHUs at four prisons in California. At three of them — in Tehachapi, Corcoran and Folsom — there are outdoor-facing windows in the cells that allow for direct sunlight. At Pelican Bay, all SHU cells have skylights. In all of the facilities, inmates in the SHU have radios and color TVs with access to channels such as ESPN. They have weekly access to a law library and daily exercise time.” [Much of this is simply untrue. – ed.]

Please, being locked in a closet 23 hours a day, seven days a week, for 10, 20 or 30 years is OK because you have a skylight and access to ESPN? I’m sure the access to television and radio does mitigate the isolation, but only to a point. Indeed Amnesty International was well aware that California SHU inmates can purchase a television (see page 24 of their report) and still condemned the SHU in unambiguous terms:

“Amnesty International considers that the conditions of isolation and other deprivations imposed on prisoners in California’s SHU units breach international standards on humane treatment. The cumulative effects of such conditions, particularly when imposed for prolonged or indefinite periods, and the severe environmental deprivation in Pelican Bay SHU, in particular, amount to cruel, inhuman or degrading treatment, in violation of international law.”

If you doubt that, try spending a week locked in your bathroom accompanied by a radio and a color TV.

And why should anyone believe you when you are willing to manipulate facts and demonize people who are risking their own lives to demand some recognition of their humanity?

“So what is this really about? Some of the men who participated in the last hunger strike have since dropped out of the gangs for religious or personal reasons, and they said it best in recently filed court declarations. ‘Honestly, we did not care about human rights,’ one inmate said about the 2011 hunger strike. ‘The objective was to get into the general population, or mainline, and start running our street regiments again.’ Another described the hunger strike this way: ‘We knew we could tap big time support through this tactic, but we weren’t trying to improve the conditions in the SHU; we were trying to get out of the SHU to further our gang agenda on the mainline.’” 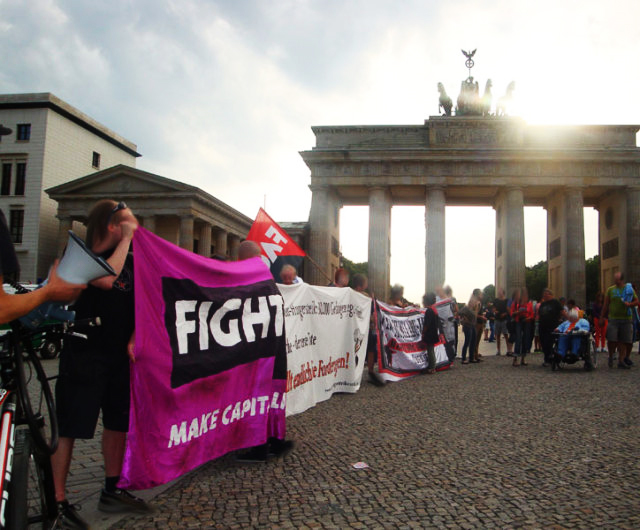 How convenient that they are saying things that exactly fit your narrative that SHU prisoners are craven, manipulative terrorists. Where is the objective evidence that anyone actually made these statements? No one else has regular access to these prisoners, and you and your staff have zero credibility when it comes to determining why prisoners would engage in a strike that is directly challenging a policy you remain deeply committed to.

Let the strikers hold a press conference, or give the media individual access to any SHU prisoner they want to speak with, and then we’ll see.

“The leaders of these four gangs are directly responsible for at least five ruthless murders, 35 violent assaults, including stabbings, and they have racked up more than two dozen violations for possession of weapons and other contraband.”

Who are we talking about? California has thousands of people locked up in the SHUs. Are they all responsible for these murders? If there is evidence that people have killed others or even engaged in weapons and drug smuggling, why isn’t SHU placement based on those kinds of charges rather than the Orwellian charge of being a “gang associate”?

Secretary Beard has been on the job less than a year. That may seem very little time to give an administrator to change a system that has hardened into a grotesque structure of inhumanity over decades. But it is not too much time for a leader to send clear signals to the public about what kind of system we have – and what kind of system we want to have.

A reform leader would have spoken to the public honestly about the difference between tough and deserved punishment and cruel, unusual and degrading treatment and would be taking the opportunity of a fresh start to begin the process of atonement, accountability and forging new directions. In making the hunger strike an occasion for demonizing and deception, Secretary Beard has already proven he’s not that leader. It is time for change, starting at the top.

Jonathan Simon is associate dean for jurisprudence and social policy at Boalt Hall School of Law, UC Berkeley, and faculty co-director of the Berkeley Center for Criminal Justice. He is also the author of “Governing through Crime: How the War on Crime Transformed American Democracy and Created a Culture of Fear” (Oxford University Press 2007). Visit his blogs, Berkeley Jurisprude and Governing through Crime, where this story first appeared. The Bay View thanks Professor Simon for permission to reprint.