Eight years after Katrina, nearly a 100,000 people never got back to New Orleans, the city remains incredibly poor, jobs and income vary dramatically by race, rents are up, public transportation is down, traditional public housing is gone, life expectancy differs dramatically by race and place, and most public education has been converted into charter schools. 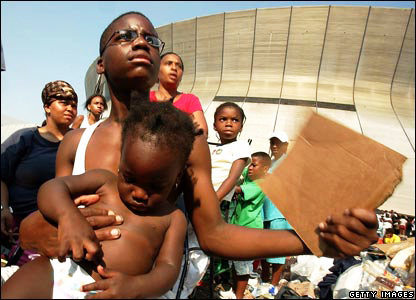 Hurricane Katrina struck the Gulf Coast on Aug. 29, 2005. The storm and the impact of the government responses are etched across New Orleans. A million people were displaced. More than 1,000 died.

Now, thanks to the Greater New Orleans Community Data Center (GNOCDC) and others, it is possible to illustrate the current situation in New Orleans. While some elected officials and chambers of commerce tout the positive aspects of the city post-Katrina, widespread pain and injustice remain.

New Orleans is still down about 86,000 people since Katrina, according to the Census. Official population now is 369,250 residents. When Katrina hit it was 455,000. 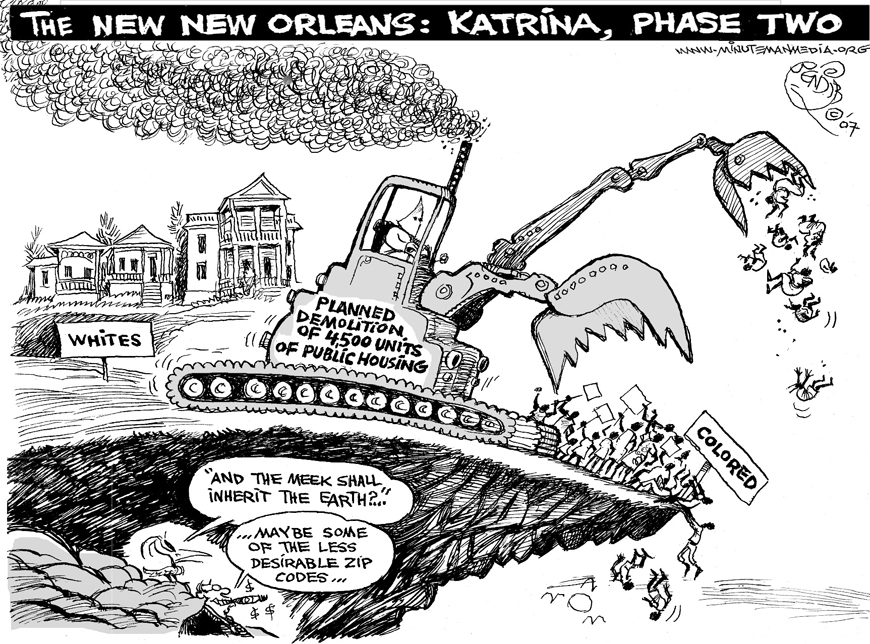 Low paid tourism jobs, averaging a low $32,000 a year, continue to be the largest sector of work in New Orleans. But even this low average can be misleading, as the hourly average for food preparation and serving jobs in the area is just over $10 an hour, according to the Bureau of Labor Statistics.

While the percentage of minority owned businesses grew, these businesses continue to receive a below-average 2 percent of all receipts.

Homelessness is down to 2,400 people per night since it soared after Katrina to nearly 11,000, but it is still higher than pre-Katrina.

The last of the five big traditional public housing complexes was ordered demolished in May. About a third of the 5,000-plus displaced residents have found other public housing, according to National Public Radio.

Public education has been completely changed since Katrina with almost 80 percent of students attending charter schools, far and away the highest percentage in the country, reports the Tulane Cowen Institute.

The poverty rate in New Orleans is 29 percent, nearly double the national rate of 16 percent. However, GNOCDC reports the majority of the poor people in the metro area now reside in the suburban parishes outside New Orleans.

One-third of households in New Orleans earn less than $20,000 annually. This lowest income group makes up 44 percent of the African Americans in the city and 18 percent of the white population. 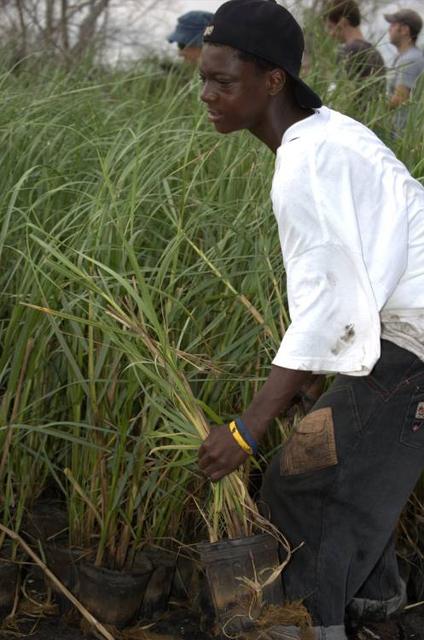 Life expectancy varies as much as 25 years inside of New Orleans, according to analysis by the Joint Center for Political and Economic Studies. From a high of 80 years life expectancy in ZIP code 70124 (Lakeview and Lakeshore), which is 93 percent white, to a low of 54.5 in 70112 (Tulane, Gravier, Iberville, Treme), which is 87 percent Black and has six times the poverty of 70124, social and economic factors deeply impact health. Overall, life expectancy in New Orleans area parishes is one to six years lower than the rest of the United States.

Jail incarceration rates in New Orleans are four times higher than the national average at 912 per 100,000, reports the GNOCDC. The national rate is 236 per 100,000. This rate went up and down since Katrina and is now just about where it was when Katrina hit.

Bill Quigley, a law professor at Loyola University New Orleans and associate legal director of the Center for Constitutional Rights, can be reached at quigley77@gmail.com. This story first appeared in the Huffington Post.