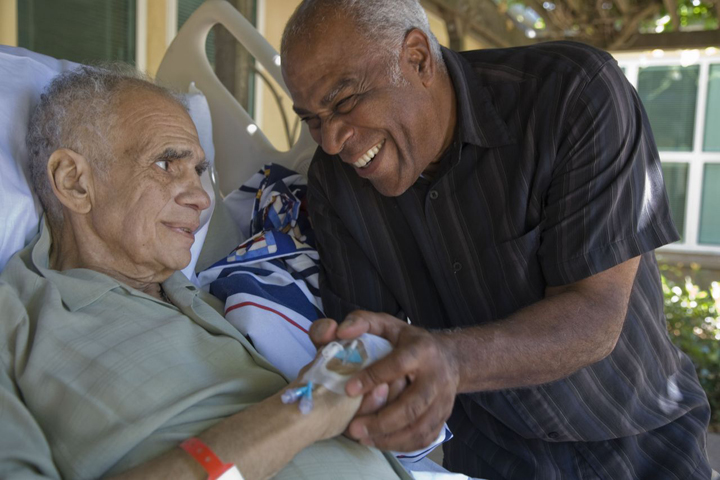 When Jean Damu went into the VA Hospital in San Francisco and discovered he had incurable cancer of the esophagus that had spread through his body, he called me. Hearing the house phone ring at 6:45 a.m., I suspected the call was from him – only two people I know are unafraid to call me that early. He told me where he was and why, and then he said he’d called because I was very dear to him. I wanted to cry.

We’ve lived near each other for many years. Sometimes we’ve seen each other a lot, but there were years that passed when we hardly saw each other at all. Damu was always a little mysterious. I’m still finding out very important things about his life about which I was completely unaware.

We’re both writers, and sometimes we’d collaborate. I remember one piece about the strikes of oil workers in Nigeria, trying to bring down the military dictatorship of Sonny Abacha. We shared the same perspective – that the way to understand the politics of any country is to look at the movements of its working people.

Damu was always a little mysterious. I’m still finding out very important things about his life about which I was completely unaware.

So I made the trip over to the hospital in the Presidio – ironically a place of such illness and suffering located in such beautiful surroundings. The first thing he asked me was whether I’d seen the view of the Golden Gate Bridge from the cafeteria.

Knowing he was dying, I wanted to thank him for the contributions he’d made to my life, starting with the way we became close friends. We were on the same brigade – the 1975 Venceremos Brigade – working on construction in Cuba when the world seemed to be moving left at enormous speed. 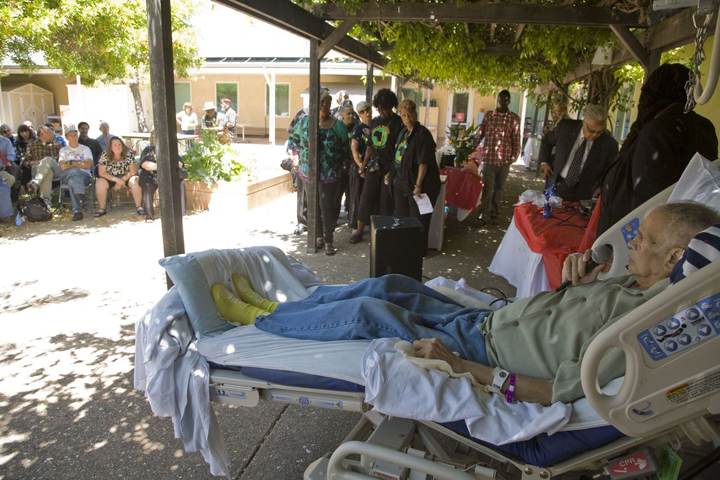 That year the Vietnamese ambassador came to the camp where we lived and showed us on a map the movement of the armies – the military offensive that would lead to their taking Saigon, now Ho Chi Minh City. Then, within a few days, we were marching on May Day in a parade of a million people through the streets of Havana with enormous pictures of Uncle Ho and General Giap.

Saigon had fallen, and Vietnam was free and united. Heady days. Nicaragua. El Salvador. Revolutionaries came out to our camp from all over the world to explain to us, these North American brigadistas, how their own revolutions were unfolding. For some of us, those we looked up to the most were the Africans – from South Africa, Angola, Mozambique, Guinea-Bissau and Namibia.

In the middle of all this, Damu and I and a few others decided that we from the U.S. had to talk about the racism at home if we wanted to follow the same path. The Cubans were worried we couldn’t do it without fighting among ourselves. But Damu had a quiet confidence that convinced me, at least, that we had could.

We shared the same perspective – that the way to understand the politics of any country is to look at the movements of its working people.

I don’t think in the end he convinced the Cubans, who have their own complicated discussions of race, and in the end this formal conversation was never held. But in the course of our discussions I grew to see him as a seasoned revolutionary of our own movement, able to think and talk about the most difficult things.

During our time on the island, he showed me that Cuba owed the survival of its revolution to its ideals – so much our own as well – and the commitment of Cubans to defend them. But Cuba survived, Damu explained, also because socialism, as a movement of people all over the world, could – and did – help protect the island from the danger to the north, the U.S. 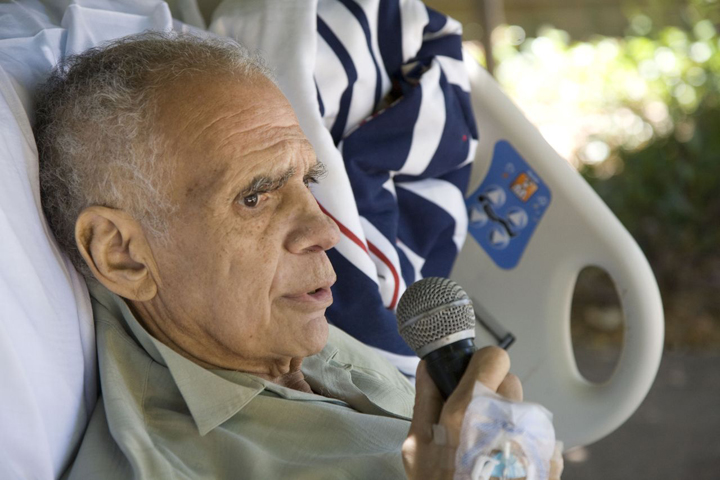 I came back from Cuba determined to try to build a movement in the U.S. that could eventually lead us to revolutionary change here too. I went to work for the Farm Workers Union, knowing – and being warned – that I had to keep those kinds of politics under my hat. No problem.

I was there to organize workers and help them build their union and learn to be an organizer. My teacher was the best in the union, Eliseo Medina. But that feeling of responsibility wouldn’t leave me alone. Finally, Eliseo gave us a rare weekend off.

I drove up to Oakland, went to see Damu. We had one of our long conversations, and I told him I was ready for that lifetime commitment. Despite the many twists and turns of politics that followed over the years, I’ve tried to stay true to that vision we shared that day.

This consistency of politics is one of the most important things I remember about him. Over all the years I’ve known him, he thought of himself this way – as a revolutionary. Sometimes with an organization and sometimes not, but always as part of a movement that exists in every part of this world. This movement might not have won every battle, and sometimes life has pushed people backwards with brutal force.

But liberation, Damu said, is inevitable, because the conditions of peoples’ lives force them to fight for it. I’ve grown a little leery of predictions of inevitability, but I understand what he meant. He meant that you have to take sides, as he did, with people fighting for liberation from South Africa to Angola to Haiti. 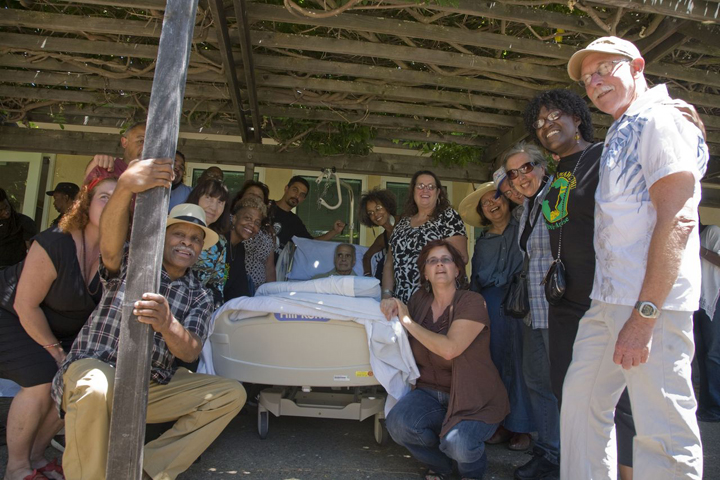 He defended revolutions that came to power, especially in Cuba, without closing his eyes to the many problems people face afterwards. He fell in love in Cuba and had a long distance relationship with the island that lasted the rest of his life.

Damu was a South African solidarity activist from the early 1970s, from the time the anti-apartheid movement was tiny, until it grew truly huge a decade and a half later. When he was moved to hospice care, Damu gathered his friends to say goodbye while he was still living.

In a raspy voice he talked about the time South African leaders stayed in his apartment in the early 1970s, teaching him the history of the ANC and the SACP. Others talked about the late 1970s, when Damu was a key organizer of the first big South Africa solidarity conference on the West Coast, which brought Zola Zembe, representing the South African Congress of Trade Unions, to the U.S. At this time, the U.S. government was calling the ANC and its allies “terrorist organizations.”

Liberation, Damu said, is inevitable, because the conditions of peoples’ lives force them to fight for it.

During all the years that I was an anti-apartheid labor activist, until that brutal system fell, he helped me understand the politics of South African liberation. Not long before his death, we collaborated on our last journalistic project.

When miners were killed at Marikana in South Africa, Damu didn’t collapse into the hostile accusations of “betrayal of the revolution” common in the left here. He tried to understand the historical and political roots of the Marikana massacre. The ANC, SACP and COSATU – the alliance of organizations that brought down apartheid – inherited a country with enormous poverty and few resources to meet peoples’ demands for change. 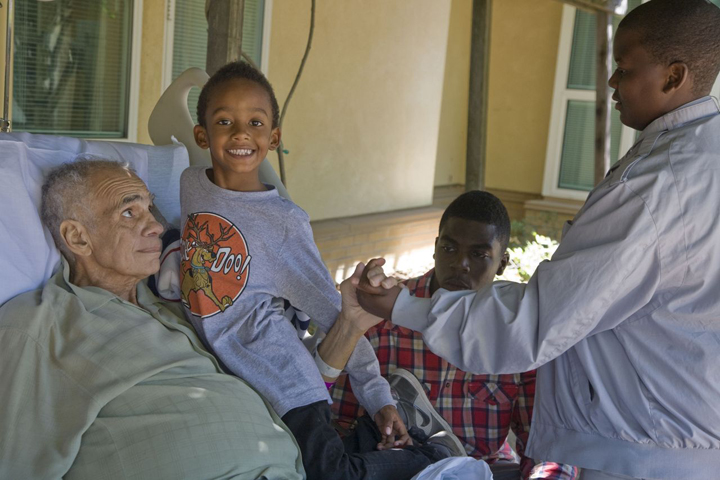 He saw the mine owners as the orchestrators of violence, as they sought to undo that transfer of power. Together we organized a radio show to present to Bay Area listeners the voices of South African trade unionists, the SACP and critical journalists. Although I’d lost my longtime labor radio show to our community station’s internecine politics, friendly staff gave us the space and time, and those voices went out over the air.

For Damu, social change didn’t just take place half a world away. He became a train engineer, at a time when African Americans were still kept out of railroad brotherhoods, under one of the first affirmative action consent decrees.

He later became a banquet waiter in big San Francisco hotels. During the huge hotel strike of 1980, when today’s Local 2 of UNITE HERE was forged, he was a rank and file activist. Because today’s progressive Local 2 leaders hadn’t yet taken power, Damu and his radical friends were on the outs, and had to sneak into their own union hall to use the mimeograph machine to put out their strike newsletter.

At his goodbye “party,” eight or 10 Local 2 members and retirees came and gathered around the bed. One after another they talked about him, one brother remembering how Damu had taken him to Cuba. You could see that Damu had been a committed Local 2 member who loved his union. 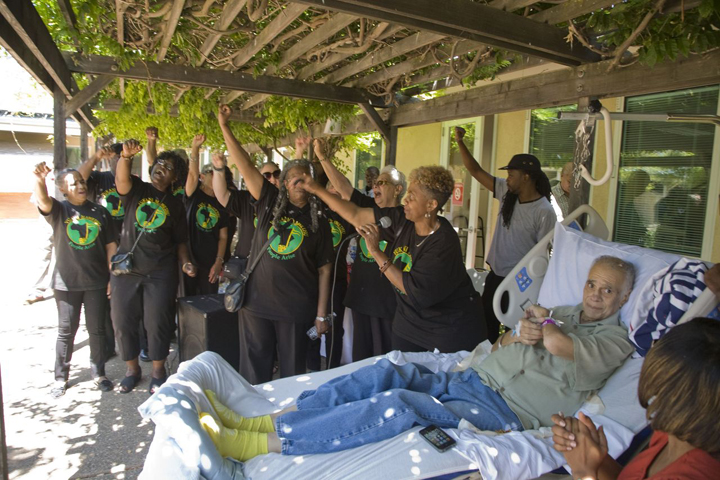 But he also looked around and found other workers with whom he shared his understanding of the world’s larger movements. When Damu became active in the Black Alliance for Just Immigration, he talked and wrote about the way his own union helped bring African Americans and immigrants together by negotiating a union contract with immigrant rights protections and a requirement that hotels take down their de facto color line preventing Black workers from getting jobs, especially in the front of the house.

Unity across race lines can’t be created just by speeches and platitudes, Damu said. You have to use what power you have to make concrete changes in people’s lives.

Revolutionary movement and revolutionary thought are organic things. They’re not about belonging to a certain party or reading a certain book, although no one would argue that being organized or getting educated are unimportant.

Damu’s idea of revolutionary change meant, first, seeing the need for a radical transformation of the world and then having confidence that ordinary people, working people, are capable of making it happen. When they do rise up and try to fashion a new world, with all the mistakes humans are capable of making, he believed you have to support them.

Unity across race lines can’t be created just by speeches and platitudes, Damu said. You have to use what power you have to make concrete changes in people’s lives.

Solidarity, he said, is part of this bright vision that life can be different and better but that people must fight for the power to get there.

There are many more things to say about this remarkable man. I’m still just finding some of them out now. I hope his family and lovers will let us see these other sides of him. I know there are leaders in Cuba, Haiti and South Africa, at least, who can tell us more as well. I’m just trying to say I was glad to know him, to be dear to him as he was to me.

Enjoy David Bacon’s photographs and stories at http://dbacon.igc.org. He can be reached at dbacon@igc.org.