“Vigilante on the Loose” is based on a true story about a community plagued with past injustice. This time they chose to stand their ground. Filmed on location in Miami, Florida, the film was produced by Vision Entertainment Group and directed by Timothy Hodges. 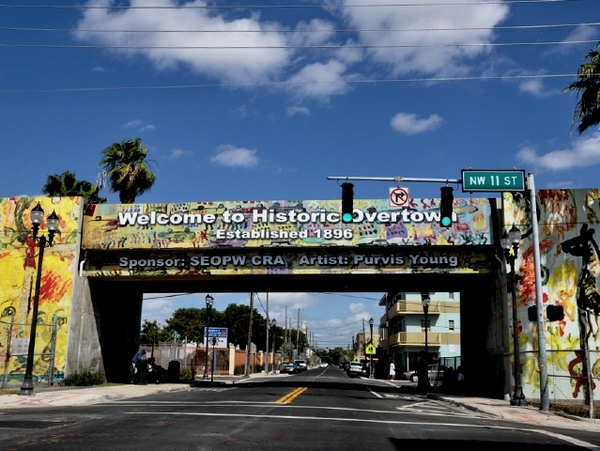 This is a motion picture starring newcomer Lee Crawford and veteran actor Alan Jordan, as Diaz. The once thriving Black section of Miami known as Overtown is virtually destroyed after so-called urban renewal. When the Expressway I-95 arrived, it brought on a major migration and divide.

Today the community is under siege by not only crime but crooked police. Sy, a community activist, yearns to see the heyday of Overtown’s glory return. Malik (Lee Crawford) the leader of a Black paramilitary army, is bent on getting equal justice by any means necessary. Yaweh Ben Yaweh, the self appointed Black messiah, is determined to get a foothold in the community. Alexis (Erin Cosby), a news reporter from D.C. and native of Overtown, is sent to make sense of it all.

Overtown and its heyday

Overtown is a section of Miami once known as “Colored Town.” During the ‘50s and ‘60s it could have easily been identified as the “hip palace of Miami.” If you wanted to have a good time, Overtown was the place to be no matter who you were and where you were from.

Overtown thrived with first class night clubs that brought in first rate Black entertainment. Then as time went on, the powers that be brought in I-95, which ran right through Overtown. In fact, it fragmented Overtown and divided the community. Overtown hasn’t been the same since then.

The good times all started with a brother who had a vision. His name was Clyde Killens, born in Valdosta, Georgia, and the vision came to him at an early age. Killens was a musician playing drums and sporting the night life. You can say he had entertainment flowing like neon blood through his veins. 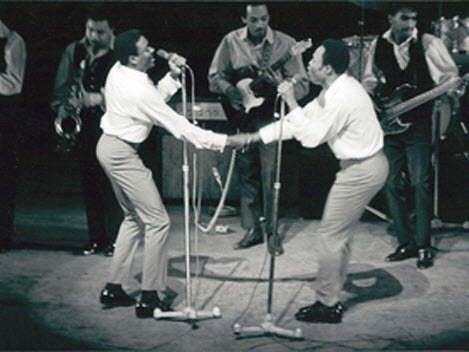 Clyde Killens was a genius when it came down to style, creativity, promotions and club management. He was considered a legend in his day, the main man of his time. Killens was responsible for drawing marquee entertainers who played and stayed in the Overtown clubs. There were big entertainers like Sam Cooke, Count Basie, Louis Armstrong, Cab Calloway, Josephine Baker, Nat King Cole, Aretha Franklin and James Brown.

These top rate world class entertainers could perform on the “Beach” but had to stay in Overtown. The white section of town known as Miami Beach, east of Overtown, was off limits to Black talent and entertainment, regardless of their stature in the world of Hollywood.

When it came down to the stone segregated wall of Jim Crow, Miami was no exception. Despite their worldly fame they couldn’t penetrate that wall. One place where they were accepted with open arms was in the community of Overtown, known to have the best night life around.

Well, it was this world of segregation that gave birth to the hottest, hippest section of Miami. Because out of this era of Overtown’s history came over 318 businesses, including the Lyric Theatre, The Fiesta at the Mary Elizabeth Hotel, The Night Beat at the Sir John Hotel and the Harlem Square Club, all with upscale restaurants that served the best food in the city. These clubs were located on Northwest Second Avenue in Overtown, starting at Sixth Street all the way up to 10th Street, a section better known as The Great Black Way, The Strip or Little Broadway. Some folks from up North referred to Overtown as the Harlem of Miami.

It is said that money is power, but regardless of all the money that was flowing through Overtown back in the day, the folks with the real power had their own plans. A plan they called: Urban Renewal. For the powers that be it was all about the Benjamins. Big major highways would expand Miami’s port and enhance the prosperity of the wealthy while they stifled the dreams of the less fortunate.

When the Expressway I-95 arrived, it not only brought on a major migration and divide; it also caused economic suicide. Unemployment in Overtown and the nearby Black section of Liberty City was sky high. Tragically, this led to crime and other delinquencies in the community. 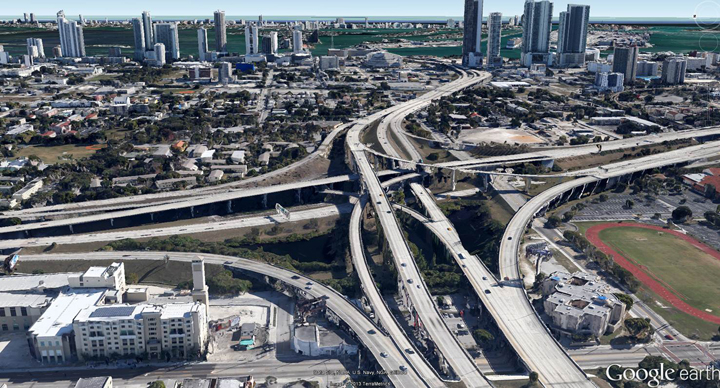 Arthur McDuffie grew up in Overtown and graduated from Booker T. Washington High School. He served his country well as a highly decorated marine. Once out of the service, McDuffie became a successful businessman. But all the cops saw on that dreadful day was a “nigger” speeding on a motorcycle whose only crime was the color of his skin. As far as the Black communities of Overtown and Liberty City were concerned, the not guilty verdict in the case of the cops that beat Arthur McDuffie was the last straw.

To add insult to injury, after McDuffie’s death another incident would rekindle anger and spark more tension in the community of Overtown. This time it was motorcyclist Clement Anthony Lloyd who was killed instantly when Officer Lozano shot him off his motor bike. His passenger, Allen Blanchard, a 24-year-old visitor from the Virgin Islands, was thrown into an oncoming car. He died of head injuries a day later.

Deaths like Clement Lloyd, Arthur McDuffie, Navelle Johnson and many more would prompt residents of Liberty City and Overtown to question if they were patrolled by vigilante cops, out to issue their brutal brand of justice whenever they felt like it.

A combination of being the last hired-first fired, unemployment and a government system that seemed to favor injustice over equal justice eventually took its toll. It all exploded like it did in Langston Hughes’ poem, “A Dream Deferred”:

What happens to a dream deferred?

Or does it explode?

By 1965 much of Overtown had been erased for highway construction and urban renewal. Interstate 95, a 10-lane expressway, and State Road 836 were both constructed directly through the heart of Overtown. Due to massive displacement, the community lost half of its population, going from 40,000 residents down to 20,000.

These same forces that destroyed or altered the physical structures in Overtown also weakened the social underpinning of the community. Businesses folded, churches closed and many more residents were forced to leave. The great pride of the community, the Lyric Theatre, closed during that time and would remain closed for 40 years.

While filming Overtown, the movie, aka “Vigilante on the Loose,” we included sections of Black Miami, such as Liberty City, Brownsville and Opalocka. We were the first all-Black movie company to film in that part of town.

The filming of this movie not only brought out aspiring actors, but parts of the community that yearned to see their town utilized for something positive and productive. We went out of our way to incorporate Overtown in a movie that reflected its glorious past along with its present challenges. Although what remains of Overtown today are skeleton remains of its former glory, we managed to bring back that old sparkle and had Overtown on front street once again.

Soul City Magazine correspondent Rasheed can be reached at 4visionentertainmentgroup@gmail.com.