Greetings, sisters and brothers. To those of you familiar with the domestic torture program of the California Department of Corrections and Rehabilitation and the ongoing protracted struggle to realize the five core demands, the state’s loose relationship with the truth comes as no surprise. For those of you just gaining familiarity with this social ill, what follows should prove helpful in providing you with a greater insight into the dynamics of power relationships in the U.S. 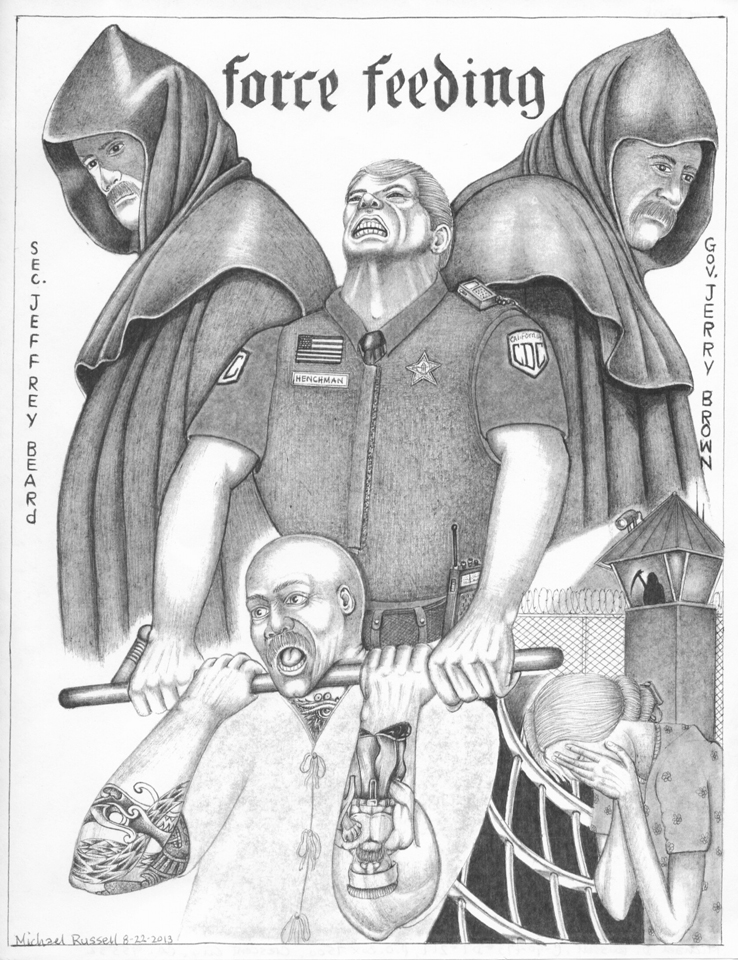 In a Sept. 4 story on the website Solitary Watch, Sal Rodriguez wrote: “On August 27th, the CDCR press office told Solitary Watch that the hunger strike at Corcoran had ended and that ‘there were no negotiations. The hunger strikers chose to resume eating.’” CDCR’s statement is simply and patently false and tends to suggest the absurdity that the wave of relentless retaliatory and punitive actions taken against participants at Corcoran in general – and Corcoran prisoner representatives in particular – “broke the strike.”

Knowing not to rely exclusively on CDCR as a source of the truth, though, Rodriguez went on to report that he had checked further. He wrote: “However, Solitary Watch later received word from a hunger strike mediator that some black inmates were resuming their hunger strike, a claim that hasn’t been reflected in CDCR’s official hunger strike counts.” He then lists six examples the mediator gave him of Corcoran’s refusing to count prisoners as hunger strikers who had eaten no food.

The decision to accept nutrients or continue fasting has always been an individual choice. However, here in Corcoran SHU, because of the degree of intentional deviation from California Correctional Health Care’s Mass Hunger Strike, Fasting and Refeeding Care Guide (CCHC Hunger Strike policy Chapter 22.2) by California State Prison-Corcoran medical staff, most refeeding has occurred as a result of potentially or immediately life threatening complications related to the hunger strike itself.

In mid-August, Zaharibu was hospitalized with highly elevated ketone levels, hunger strike related acute pancreatitis and a severe kidney infection, and he was on the brink of kidney failure. The life-sustaining treatment he was given included “electrolytes” and IV liquid nutrition which took him “off” the hunger strike, though he consumed no solid food. Accepting Gatorade here at Corcoran SHU would also take you “off” the hunger strike, so long term participants – over 30 days of fasting like Zaharibu and Heshima – had to make do with water and a multi-vitamin a day. Zaharibu resumed the hunger strike as soon as he returned to the facility.

Heshima was hospitalized six times over the course of the 40-plus days they starved – three times in a five-day period in late August – due to severe dehydration, extremely low blood pressure, tachycardia arrhythmia and electrolyte levels so unstable two different Emergency Room doctors were afraid his heart would simply lose its bio-electric charge and stop.

Though facing imminent death, they continued to refuse treatment until CDCR officials agreed to negotiate in good faith with Pelican Bay, move local reps and participants out of the debriefing blocks and negotiate the terms of resolving the local issues unique to Corcoran SHU.

On the third visit to the E.R. that week, the doctor (Sao) actually told him he would seek a psych override to remove his capacity for informed consent – trying to assert he was suicidal – and invoke his POLST (Physician’s Order for Life Sustaining Treatment).

This doctor asserted Heshima’s heart was going to stop imminently, and because his electrolyte levels were so unstable, his phosphorous levels so low and ketone levels so high, no amount of epinephrine and electrostatic paddles would be able to resuscitate him. He still refused LNS (Liquid Nutritional Supplement) treatment and returned to the facility.

In both cases, though facing imminent death, they continued to refuse treatment until CDCR officials agreed to negotiate in good faith with Pelican Bay, move local reps and participants out of the 4A and 3B debriefing blocks – where the administration had isolated them and where they were surrounded by informants – and back to the 4B yard and negotiate the terms of resolving the local issues unique to Corcoran SHU, which, as of the Sept. 3 meeting with Corcoran administrators, included:

Unlike other prisons, the Corcoran SHU peaceful protest had three components:

The last was by far the most impactful. Participants could have chosen any one or a combination of these options to contribute to supporting the Pelican Bay D-Short Corridor Collective and this historic human rights struggle.

Hunger strikes are a form of unilateral political discourse designed to raise social awareness of a particular injustice, while simultaneously shaming the perpetrating officials in the realm of public opinion. It is an extreme form of political discourse, the effectiveness of which lies in the potential for participants to die.

With the insertion of Judge Thelton Henderson’s ruling giving CDCR leave to force feed hunger strikers, the lethal component of the hunger strike was removed as an active threat. Regardless of how incorrect and absurd the false narrative of “gang compulsion” was that CDCR used to dupe him into this ruling, the concrete analysis of concrete conditions still leads to this irrefutable materialist interpretation.

To be sure, the next day, here at Corcoran, those still maintaining their fast were confronted with the prospect of a process – force feeding – they could not resist without breaking the “peaceful” posture of the protest. Coupled with the degree of disrespect participants here at Corcoran have had to endure and absorb over the course of this protest, each man’s decision was one grounded in the knowledge that there are still hundreds of participants who remain single-celled and will continue to do so and thousands more prepared to follow suit – or re-consolidate – according to the rate of progress and success reached in these ongoing negotiations.

Hunger strikes are a form of unilateral political discourse designed to raise social awareness of a particular injustice, while simultaneously shaming the perpetrating officials in the realm of public opinion. It is an extreme form of political discourse, the effectiveness of which lies in the potential for participants to die.

There remain a significant number of courageous hunger strike participants here still hospitalized, and their sacrifices – all of our sacrifices – should never be marginalized because conditions require a change in tactics.

As you read these words, there are new tactics being discussed in the limited scope of our capabilities and maintaining a peaceful posture, should the need arise to resume an even more intense form of unilateral political discourse to resolve this contradiction. Let there be no mistake, elements here at Corcoran SHU are more than willing – and capable – of having that discussion and taking it to its logical conclusion.

There remain a significant number of courageous hunger strike participants here still hospitalized, and their sacrifices – all of our sacrifices – should never be marginalized because conditions require a change in tactics.

In the final analysis, it is neither true that no negotiations are being held or that the peaceful protest action here at Corcoran is over.

Our love and solidarity to you all.