Adapted from a report by one of the Prisoner Hunger Strike Solidarity team members: 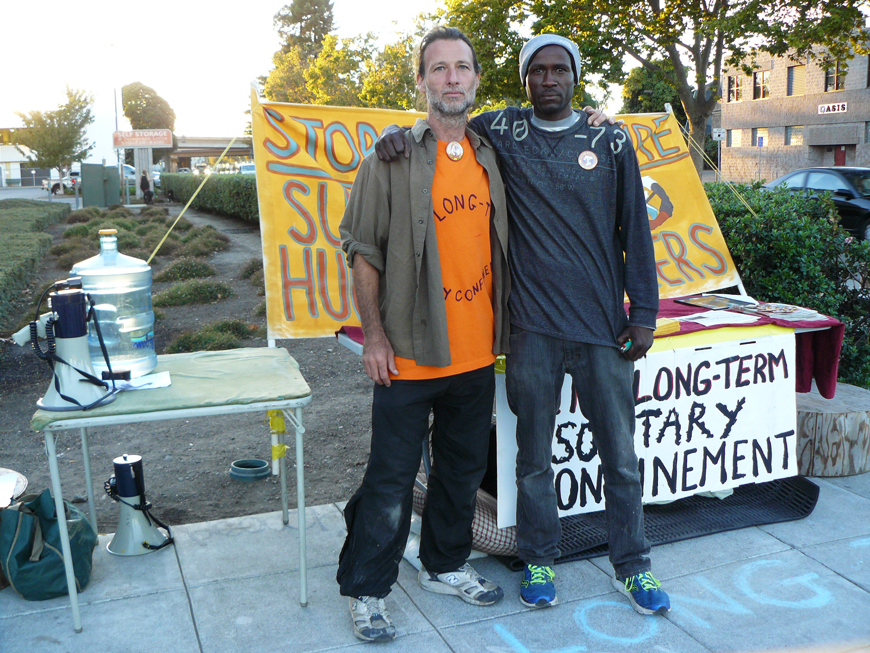 Congratulations to our two intrepid hunger strike solidarity peeps who successfully completed their 60-hour fast at 11:59:59 Saturday night, Sept. 7, in support of the prisoners’ 60-day hunger strike and their five core demands. The fast took place outside of Gov. Jerry Brown’s condo on Telegraph Avenue at 27th Street in uptown Oakland.

I was present late afternoon Saturday when Jerry Brown arrived. One supporter, a lawyer, was in the lobby of the building when Brown entered unexpectedly through the rear entrance. She rode the elevator with him up to his third floor condo and had a very “polite” conversation with him.

After she alerted us to his presence, four of us gathered under his window along 27th Street with a bullhorn and a sign reading, “End Long-Term Solitary Confinement.” There’s no doubt that Brown heard us through the bullhorn.

One of our fasters – formerly incarcerated in the SHU – spoke forcefully and with heartfelt passion, stating the five core demands and demanding Brown’s compliance with them. 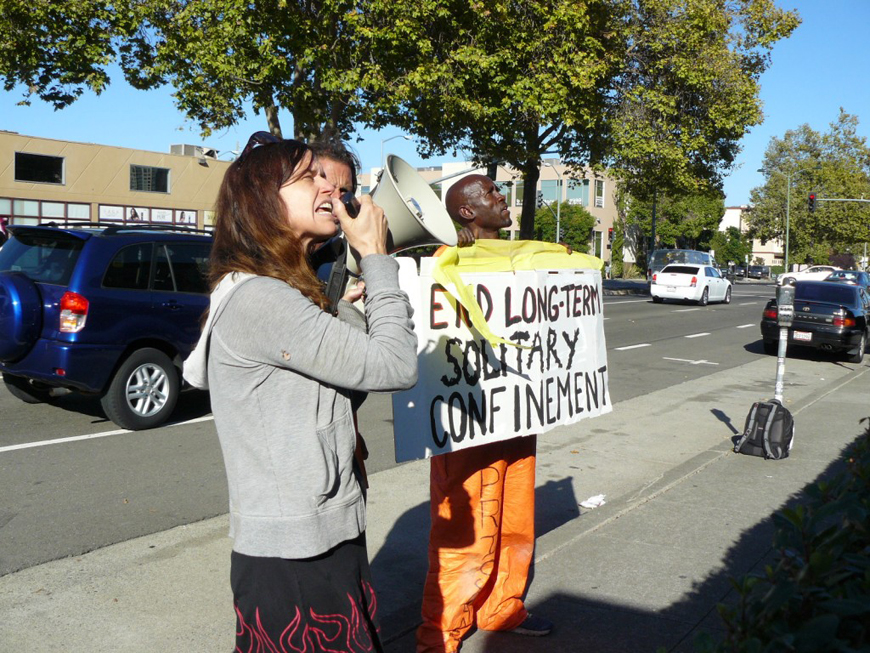 One resident called out from her window that we were causing a disturbance and threatened to call the police. Our other faster responded through the bullhorn to the resident’s concern directly and respectfully: “Gov. Jerry Brown is a political leader and the people have the right to demand redress of their grievances. The condo residents should expect more such disturbances. If the residents of the condo are annoyed by these disturbances, they should consider organizing to remove Brown from the condo. We’ll stop speaking for now, but please come down and visit us at our table and talk to us.”

And visit us they did! In the course of the remainder of the afternoon and evening, five neighbors dropped by the table, and all were supportive of our effort. Later in the day we spotted Brown’s Secret Service black Suburban exiting the rear of the building. Two of us ran out onto 27th Street hoping to get a photo of handing Brown a copy of the prisoners’ statement on suspending the hunger strike as they approached the intersection, but they ran the light and got away.

This story first appeared on Occupy Oakland and was posted by the Labor Solidarity Committee. 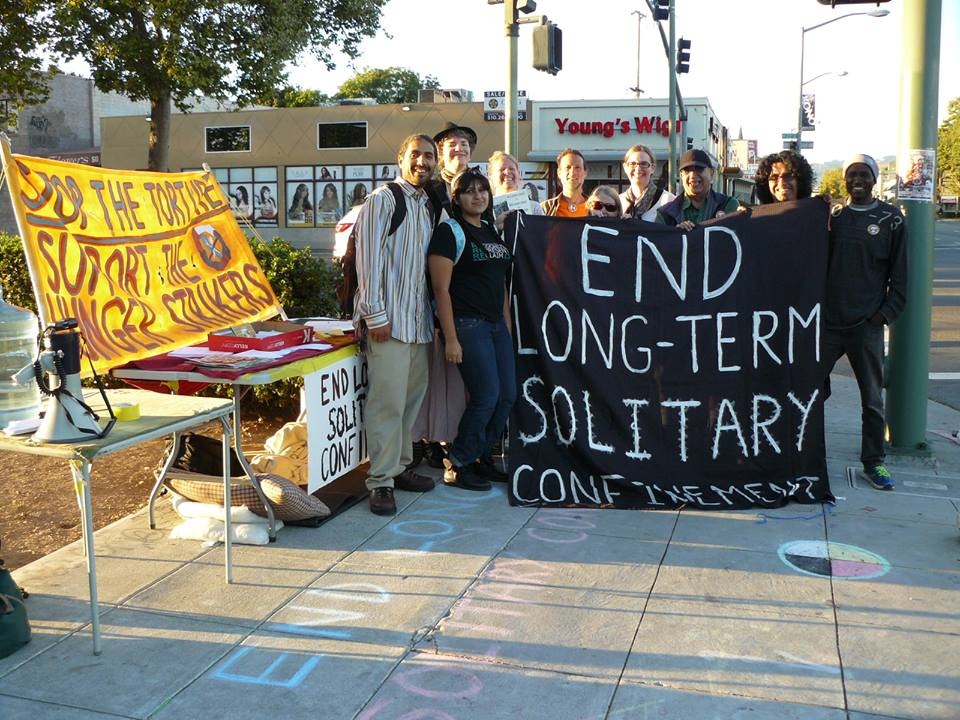