It is my sincere hope this letter will be received in the same spirit of appreciation and cooperation in which it is written. First and foremost, I wish to acknowledge the courage and independent thinking and actions you demonstrated in the unannounced visit to inspect the conditions of confinement at Pelican Bay State Prison Security Housing Unit and speak with the strike leaders. 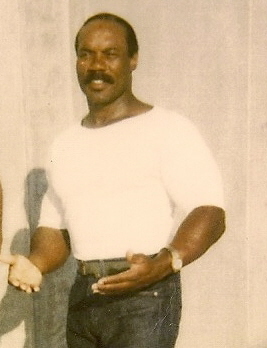 Mr. Ammiano, as indicated by the return address on this envelope, I am a state prisoner and I have been incarcerated for a little more than 43 years. When I entered the prison system in 1970, the mission focus of the prison system was rehabilitation: to keep prisoners out of the cells as much as possible and engaged in prison work assignments, academic and vocational training programs, and organized sports. All of the prisons in operation at that time required prisoners to participate in weekly group counseling and individual therapy sessions. These programs were designed to build character, explore the motivations of their actions, instill discipline and good work habits.

The success of these programs was reflected in the less than 50 percent recidivism rate that was somewhere in the area of 40 to 45 percent or less. The prison system was relatively successful at that time, which is supported by the historical record.

The progressive legislators and the prison reformists who supported them viewed the implementation of SB 42 as progressive prison reform and a positive move toward equal application of the law when determining the parole of prisoners regardless of race, gender or religion.

However, from the perspective of the distance of time, it can be said there were draconian-minded, right wing legislators who were operating with a hidden agenda to nullify or reverse the progressive, liberal aspects of SB 42. The implementation of SB 42 was accompanied by the conservative shift of mission focus from rehabilitation to punishment.

The right wing elements in the legislature and their supporters interpreted the shift in mission focus from rehabilitation to punishment as giving them carte blanche to dramatically increase sentences and to slash rehabilitative programs that were in place throughout the prison system. This began in 1978, moving forward to the present. 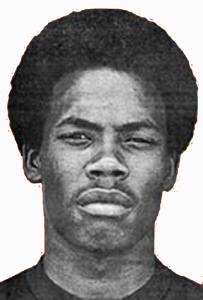 The CDCR’s current administration inherited a prison complex that has been operating on a draconian model that began in the early 1980s. Most of these administrators did not advance up through the ranks from the frontline prison guards to positions of power and policy creation. Therefore, it is safe to say their understanding of corrections and of the dynamics of the modification of human behavior is based on textbook penology; they have little or no practical experience in the trenches of daily prison life.

Mr. Ammiano, my concluding point is that the current culture of CDCR reflects an adversarial relationship between correctional personnel and the prisoners entrusted to their care and treatment. Prisoners are seen as the “enemy”; therefore, the preventive measures that are taken to maintain the “safety and security of the institution,” regardless of inefficiency and costs, are justified.

The CDCR administration, from the state level at Sacramento to the correctional facilities at the local level, does not have a clue in terms of transforming the adversarial culture prevalent throughout the prison system, nor do they know what concrete, practical steps should be taken to break down the artificial racial divisions and inspire prisoners with the motivation to make a successful transition back into society.

For some years now the CDCR has been under a federal court order to racially integrate the cells of prisoners throughout the prison system. All of the prisons have not complied. I would first approach the racial integration of the cells by implementing an athletic program based on competing racially integrated teams – the theory being, if the men can find a common ground on the playing field as teammates, then why not as cellmates?

CDCR reflects an adversarial relationship between correctional personnel and the prisoners entrusted to their care and treatment. Prisoners are seen as the “enemy”; therefore, the preventive measures that are taken to maintain the “safety and security of the institution,” regardless of inefficiency and costs, are justified.

The following is a concrete suggestion of what I think is part of the solution: In the fall of 1984, I was transferred from the California Men’s Colony (CMC) to San Quentin for my fourth and final stay. There was a high level of violence and people were dying.

The prisoners themselves took the initiative to start a comprehensive football program that was permitted – perhaps even encouraged! – to enter a Bay Area semi-professional league. The San Quentin football team was racially integrated. The anger, frustration and rage that would usually be directed at each other was focused on the opposing teams, leading the semi-pro league in victories. 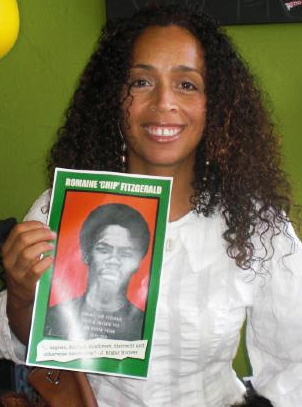 The racial divisions and tensions among teammates quickly dissipated and were replaced by team pride and genuine camaraderie. The goodwill growing out of that positive development spilled over into the general prison population and brought an end to racial hostilities – just as the strike leaders have called for and carried through with, ending the racial hostilities throughout the state prison complex and the county and city jails.

It is absolutely imperative that more legislators follow your example and tour these correctional facilities for the purpose of talking with the prisoners to get their input regarding the type of rehabilitative programs that would best serve their interests. That is what an enlightened people would do in a society based on democratic principles and the rule of law.

Thank you for the demonstration of courage and integrity.

This letter was written Aug. 15, 2013, by Romaine “Chip” Fitzgerald, a revered political prisoner formerly a member of the Black Panther Party. Chip’s friend, Bruce Richard, also a former member of the Party’s Southern California Chapter and now a union executive, recalls: “We were totally consumed in the Party’s Free Breakfast Program, the tutorial program, selling Panther papers, political education classes and other projects. Chip was a favorite of many in the communities we served, and the children, especially, loved him, reflected in their smiling little faces when he appeared.” On June 15, 1969, shortly after Chip joined the Party, J. Edgar Hoover declared that “the Black Panther Party, without question, represents the greatest threat to internal security of the country”; he pledged that 1969 would be the last year of the Party’s existence. Send our brother some love and light: Romaine Fitzgerald, B-27527, Kern Valley State Prison, A5-110, P.O. Box 5101, Delano CA 93216. This letter was written to Assembly Public Safety Committee Chair Tom Ammiano, who has, since the current series of hunger strikes started in 2011, held two hearings on issues raised by prisoners and whose announcement of a series of legislative hearings was a major incentive for the prisoners’ suspension of the recent 60-day hunger strike.