Written Sept. 8, 2013 – First and foremost we want to give a lot of respect and love to all the human beings who made their voices heard and the countless dedicated supporters and organizations who beat the drum as well as the pavement demanding an end to solitary confinement, LONG TERM solitary confinement. 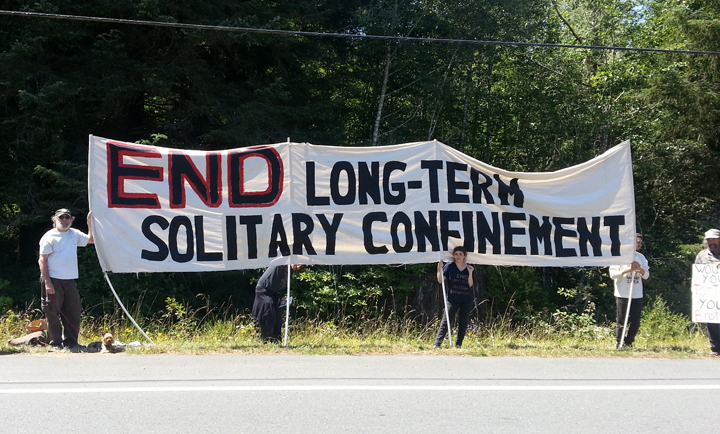 To the 30,000 hunger strikers who courageously stood up, we commend each and every one of you, no matter if you did one day or the whole 60 days. We have had three hunger strikes in which none of us could imagine such courage would stem from such a peaceful protest. But as I have written in an article called, “Because I’ve seen men,”* my own personal strength and resolve has been improved on. I could not have ever expected to be amongst such courageous individuals. I salute each and every one of you.

We want to always give much respect and love to the six prisoners who sacrificed their lives despite what CDCr propagated against you. We know each and every one of you died for a cause that’s more honorable than anything, especially in a world where men and women die every day for nothing. We also know none of you were suicidal. We will forever hold you all in our memory, high before the world.

Now, where do we go from here? We’ve been promised change, which we will humbly allow to take its course. One thing we have learned throughout our protracted struggle is that there is a solid 100 hunger strikers who we know now will be willing to lay their lives down for our cause, and I am amongst that 100. These individuals are remarkable, so our protracted struggle continues.

We all signed up collectively to move in unison; therefore, we will allow the voice of our 20 representatives to be the voice that makes the decisions in the interests of us all, based on their collective judgment. This has always been an inclusive protracted struggle. Our New Afrikan collective, Latino-Mexican collective, white collective and Asian collective – these brothers and sisters joined forces in order to end torture in Amerika’s solitary confinement units. We now allow the system to work, while being very vigilant as to what kind of change we will receive.

Relieve prisoners of their on-going suffering inside these solitary confinement units that serve no purpose whatsoever.

We continue to hit the pavement, make the calls, write the Legislature and governor. We do not know at this time what the time period would be on that change, but I am sure there will be one, and each and every one of us will be informed of that time period, especially prisoners who are suffering in solitary confinement each second, minute and hour of the day inside these torture chambers. The world has heard your screams.

We continue to educate the public about our individual horror stories inside solitary confinement units, whether they’re called SHUs, Ad Seg or Administration Segregation Units. We can never go back to accepting solitary confinement as an indefinite placement for any Amerikans, foreigners, refugees or immigrants.

The world has heard your screams.

Our protracted struggle continues. Those of us who did the whole 60 days, like myself and our main four representatives, need to take the time to get your health back in order. It will take anywhere from 90 days to six months depending on the severity of damage.

Demand blood work be done and your organs screened before you go back to exercising. We all may be called on to make that ultimate sacrifice and I personally know that we will see that courageous 100 front and center.

We can never go back to accepting solitary confinement as an indefinite placement for any Amerikans, foreigners, refugees or immigrants.

Our protracted struggle continues in memory of the following courageous prisoners:

Will the Legislature dupe us too?

The 20 representatives have to do what they believe is in the best interest of our collective and that means negotiating with CDCr, politicians or any officials who are part of that process.

We are demanding that our five core demands be met, and to those who don’t know, the 40 supplemental demands are part of Core Demand No. 5. The 20 representatives have a responsibility outside of making decisions: They each have to make sure that they don’t subject you or me to unnecessary suffering when they do not have to.

If the Legislature turns around and dupes us, then we will be forced to continue our peaceful protest in the interests of every solitary confined prisoner.

So the reality right now is that Sen. Loni Hancock and Assemblymember Tom Ammiano have basically said that there has to be change. Now the people have to get behind these two politicians and make sure that they are empowered to make that change possible: Relieve prisoners of their on-going suffering inside these solitary confinement units that serve no purpose whatsoever.

There have already been countless dialogues, interviews, books written and legislative hearings on solitary confinement and they have all been fruitless to date. So it is our hope that these current hearings will render that change that we so desperately seek, in the interests of all prisoners held throughout California in these isolation units and hopefully throughout the United States of America. We do not know to what degree CDCr will involve themselves in making these meaningful changes possible, but we hold hope.

We will be following these future events very closely and ask everyone to do the same, because if the Legislature turns around and dupes us, then we will be forced to continue our peaceful protest in the interests of every solitary confined prisoner.

One Love, One Struggle

Send our brother some love and light: Though he was still at New Folsom Prison when he wrote this, his transfer back to Pelican Bay is believed to be imminent, so write to Mutope Duguma, s/n James Crawford, D-05996, PBSP SHU D1-117, P.O. Box 7500, Crescent City CA 95532.

*Supporters have not yet received that article, but we’ll publish it as soon as it arrives.

Pelican Bay guards ask why are we hunger striking