During the prisoners’ hunger strike in July 2013, many supporters signed up on the Emergency Response Network-Pledge of Resistance of the Prisoner Hunger Strike Solidarity coalition, agreeing to receive one email a week suggesting a targeted action to support the prisoners. Although the strike has been suspended, its results are still being felt throughout the California prison system.

Below is the current emergency alert. If readers would like to sign up to receive these alerts when they are sent, they can send email to solitaryistorture@gmail.com with their contact information and “subscribe” in the subject line. 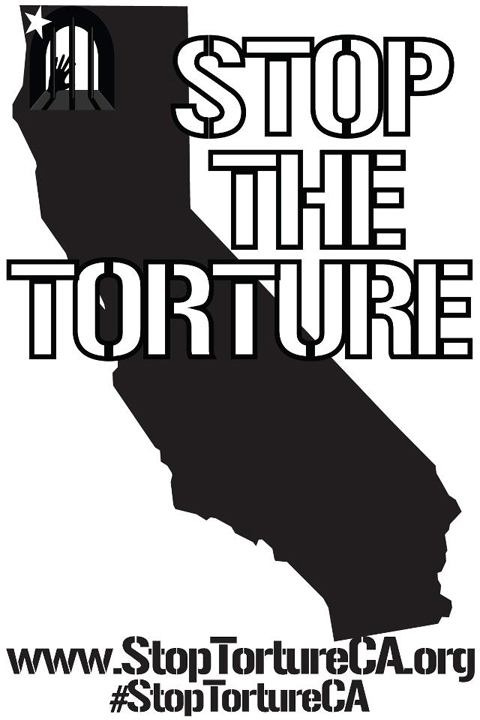 Greetings to all Pledge signers,

As you know, on July 8, 2013, more than 30,000 California prisoners initiated a historic hunger strike calling on the governor and the California Department of Corrections and Rehabilitation (CDCR) to meet their Five Core Demands. Sixty days and one death later, the strikers suspended the strike.

Thank you so much for continuing your support of the hunger strikers.

The hunger strike was a non-violent and peaceful protest of resistance against the violence and torture perpetrated against prisoners by prison staff. Prisoners all over the world use hunger strikes to affirm their humanity. Hunger striking is a time-honored form of peaceful protest, going back hundreds – perhaps thousands – of years. It allows nonviolent dissent for people who lack viable methods to obtain redress of grievances.

Every person who participated in this summer’s peaceful protest of refusing meals has received a 115 write-up, accusing him of committing a serious rule violation for his participation in the hunger strike. This is a continuation of CDCR’s attacks on the nonviolent protest.

A 115 is serious. It can result in extending a prisoner’s period of solitary confinement by years, in the imposition of penalties like television restrictions, or in becoming the basis for denying parole.

If the 115 is gang-related, the results are even worse: It can be used to validate a prisoner as a gang member or associate. Validation can cause the prisoner to be moved to the Security Housing Unit (the SHU, aka solitary confinement) or to be kept longer in the SHU.

Officials at California State Prison Corcoran and possibly at other prisons encouraged prisoners to stipulate that they had participated in the hunger strike in exchange for a lesser 115 penalty. But that stipulation included a phrase acknowledging that the hunger strike was organized or directed by prison gangs, leading to grave repercussions for participants throughout the system.

Please contact M.D. Stainer, director of the Division of Adult Institutions at CDCR. Your voice needs to be heard by the people making decisions! Tell him to end this policy of punishing people for refusing their meals in nonviolent protest and to reverse the 115s that were given out. Let him know that you are distressed to hear about his policy of issuing 115 write-ups, further oppressing the peaceful hunger strikers.

PHSS will let you know when we find out the effects of our collective activity. Please share this alert with your networks!

Dana Gross wrote this alert for the Emergency Response Network-Pledge of Resistance, a project of the Prisoner Hunger Strike Solidarity Coalition. Learn more at http://prisonerhungerstrikesolidarity.wordpress.com/.