Oct. 18, 2013 – We, the four principal representatives of the prisoners confined in the Security Housing Unit (SHU) at Pelican Bay State Prison, hereby welcome Juan Méndez to California. We have followed your work and advocacy against torture throughout the world and congratulate you on your commitment and success in bringing your findings to the public’s attention. 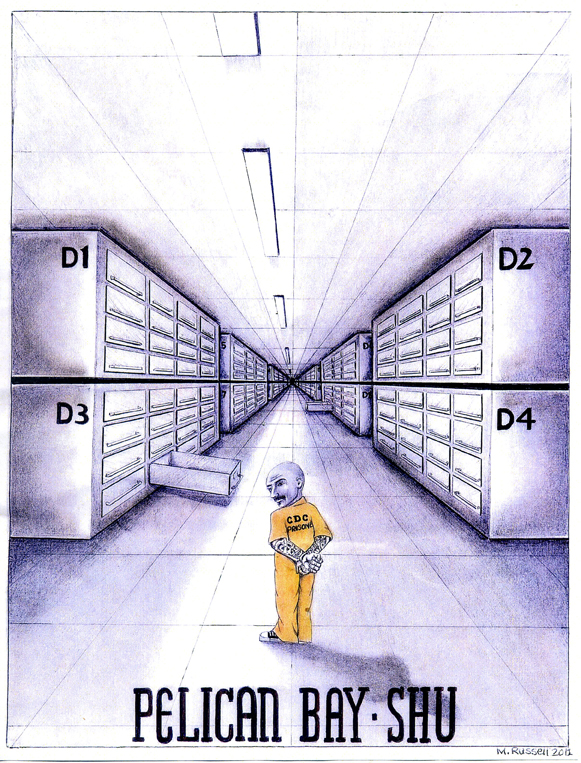 We recently suspended our hunger strike against torture in the form of prolonged solitary confinement in California’s prisons after 60 days. Over 30,000 prisoners joined us in the largest protest ever against prison conditions in the United States and possibly the world.

We decided to suspend our hunger strike for several reasons:

1) We succeeded in making the issue of torture in California’s prisons into an issue of worldwide public and media attention. The New York Times, Washington Post, Los Angeles Times, CNN, Al Jazeera and the BBC are just a few of the media outlets that covered our cause, with many running editorials in our support. Thousands of people joined demonstrations, signed petitions and letters, and spoke out in our favor.

2) State Sen. Loni Hancock and Assemblyman Tom Ammiano promised to hold legislative hearings to address solitary confinement, the conditions of imprisonment, and sentencing policy in California and to introduce legislation for reform. They have already held one hearing on Oct. 9 – in a room filled with our supporters – and heard from experts, former prisoners and family members who spoke of the torture we endure and demanded change.

3) CDCR officials promised to meet with us to discuss our concerns, and we have already spent hours in talks with them.

But nothing has changed. Over 3,500 prisoners remain isolated in California’s SHUs with almost no human interaction and little opportunity to exercise or even see the sun, and are still forbidden contact visits or telephone calls with their families. They join thousands of others who are held in different forms of solitary confinement throughout the system.

We decided to suspend our hunger strike for several reasons: We made California prison torture an issue worldwide with major press coverage; the Legislature promised hearings and has held the first one already; and CDCR is negotiating with us. But nothing has changed.

Prisoners are revalidated for indefinite terms on the basis of unconfirmed rumors, anonymous misinformation from debriefers and informants, and possession of criminalized books, articles and art work. The only sure way out is to debrief and expose yourself to shame, further exploitation by prison officials, condemnation and violence.

As a former prisoner yourself, we would like you to do your best to bring both our conditions and our human rights movement to the attention of the international community, with intention to take resolute action against the torture we, along with many other prisoners in California and elsewhere, have endured for far too long. We look forward to meeting you.

With respect and in solidarity,