While at California State Prison-Sacramento (New Folsom), we had received word that the CDCR was refusing to negotiate our hunger strike demands with the four main reps (prisoner representatives), so myself and two other New Afrikans pledged to become martyrs with the intent of forcing the CDCR to the negotiating table. I decided it would make more of an impact if I go first. 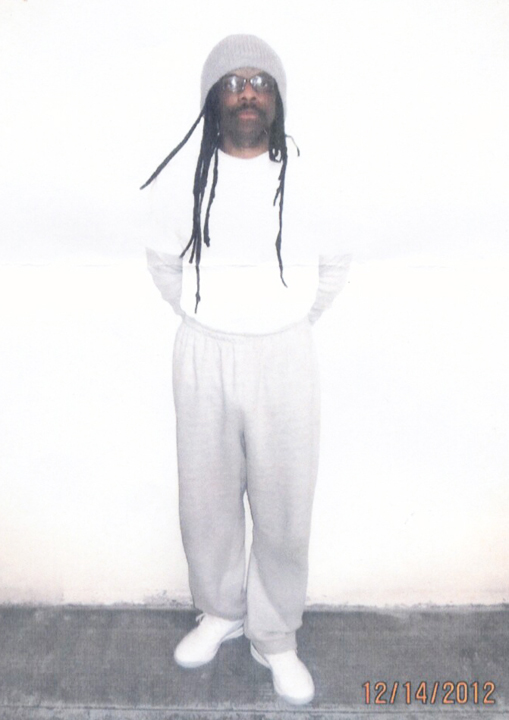 Approximately Aug. 28 we had stopped taking the vitamins or drinking the electrolytes. I reduced my water intake to one cup a day and increased my exercise, even though my heart was acting up.

On Aug. 30, the doctor wanted to talk to me about my vital signs. During this discussion he noticed my hand was turning blue. I was rushed to the infirmary and placed on IV for over two hours. I refused to stay overnight so I was returned back to my cell.

Then on Sept. 3, I stopped drinking water. On Sept. 4, I was rushed to the infirmary and placed on the IV. The plan now was to snatch out the IV, which I did, but during their second attempt to reinsert the IV, the associate warden walked in and informed me that Mr. Dewberry (Sitawa Nantambu Jamaa) was requesting that I attend a phone conference, where he informed me that they – the four main reps – had suspended the hunger strike. Brotha Sitawa told me to tell all the brothas to start re-feeding and end our plans.

The above is pertinent as to my state of mind. I was prepared to sacrifice, so death is my least concern. As I often tell my comrades, I am martyr in waiting (smile). When I returned back to Pelican Bay on Sept. 10, Brotha Sitawa conveyed to me it is imperative that we report and make public every attempt and/or act of retaliation. Some of us will become priority targets for retaliation, and we must employ every means to expose Pelican Bay and CDCR’s repressive tactics toward our peaceful protest.

I was prepared to sacrifice, so death is my least concern. As I often tell my comrades, I am martyr in waiting.

Years ago, and I’m talking about five years ago, if these pigs would have tampered with my food, I would have responded with a weapon in hand and blood in my eyes. But these are methods that have become outdated, and they would only undermine the progress that we have achieved in the past three years. The Bay View has been one of the most vital strategic and tactical weapons at our disposal, and we as prisoners of all races are in their debt for life.

Some people have suggested I may be a little paranoid or am overstating the threat (see “‘Somebody tried to poison me’: Pelican Bay prisoner suspects hunger strike retaliation”). This is why I told Brotha Sitawa I was reluctant to go public. I would rather have my dead body tell the story if it was up to me.

Years ago, if these pigs had tampered with my food, I would have responded with a weapon in hand and blood in my eyes. But these are methods that have become outdated, and they would only undermine the progress that we have achieved in the past three years.

I have spent over 30 years in solitary confinement – isolation – and during this time period I have survived multiple attempts to kill me. For instance, I was placed on an exercise yard with no other New Afrikans, which resulted in two lacerations across my throat, but I survived and subdued my would-be killers. This was just one of many attempts, so if anybody has a right to be paranoid, it’s me.

This time it was ink – next time it could be something more potent. So the question becomes: Do we act now or do we wait until one of us is dead?

I have spent over 30 years in solitary confinement – isolation – and during this time period I have survived multiple attempts to kill me.

Truthfully, Brotha Mutope Duguma months ago warned me and Brotha Sitawa to start inspecting our own food trays. His concerns proved to be valid. We, as New Afrikan political prisoners, agree with the Bay View’s decision to publish the info on their website. Know that some activists were concerned about liability issues. Allow me to ease your concerns, for I will clearly reiterate my (our) allegation, and that is: These pigs tried to poison me and I dare them to come at me!