The strain of cholera brought to Haiti by Nepalese U.N. soldiers in 2010 has spread to the Dominican Republic, Cuba and now Mexico. In the past few months, Mexico has reported 176 confirmed cases of the disease, with one death. Fifty-seven of the victims have needed hospitalization. 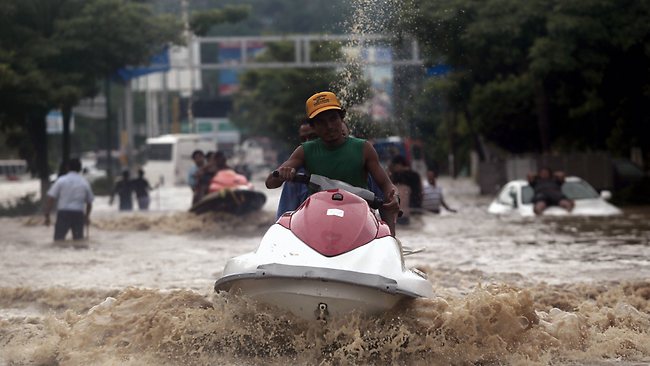 The Pan American Health Organization, in an Epidemiological Update published Oct. 12, reported that the genetic profile of the strain in Mexico presents a greater than 95 percent match with the Haitian strain. In contrast, it does not match the strain that sickened nearly 46,000 Mexicans and killed nearly 500 during the last epidemic, between 1991 and 2002.

The current cases are the first outbreak to be reported in Mexico since the end of that epidemic. Cholera, which has killed more than 8,000 Haitians since October 2010, spread to Cuba in the summer of 2012.

Before then, the disease hadn’t been seen in Cuba for 100 years. By the end of September 2013, nearly 700 cholera cases had been confirmed in Cuba, with three deaths. National Public Radio has reported that “vacationers visiting Cuba – who probably got cholera from contaminated food – have exported the disease to Chile, Venezuela, Italy, Germany and Holland. So far, those cases haven’t touched off outbreaks.”

It is likely that travelers also spread the disease, inadvertently, from Cuba to Mexico, where an outbreak has occurred. In Hidalgo state, where the majority of Mexican cases have been reported, cholera has found its way into the Rio Tecoluco.

The strain of cholera brought to Haiti by Nepalese U.N. soldiers in 2010 has spread to the Dominican Republic, Cuba and now Mexico.

Having been introduced into Hidalgo state, the cholera – which often spreads through untreated water supplies – was exacerbated by rains and flooding from two tropical storms. In August parts of Hidalgo received more than six inches of rain from Tropical Storm Fernand and were hit again by TS Ingrid in September.

Governmental agencies in Mexico, drawing on experience from the 1991-2002 epidemic, are fighting to control the current outbreak. The website informador.com.mx reports, for example, that federal health agencies have visited 37,368 homes to examine suspected cases, delivered nearly 50,000 packets of oral rehydration serum, distributed more than 50,000 brochures, and conducted lectures attended by more than 100,000 people. 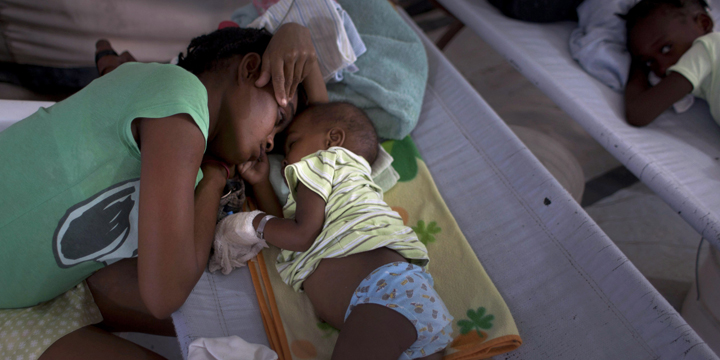 Nationally, more than 33,000 Mexican health professionals have taken an online course about diagnosing, treating and controlling cholera. Outside of Hidalgo, cases have been reported in Mexico State, the Distrito Federal (DF), Veracruz and San Luis Potosi, although the number of cases is much lower. In Mexico City, located in the Distrito Federal, two cases in August were matched to the Haitian strain, but it is thought that they came directly from Hispaniola or Cuba, rather than by way of Hidalgo.

Nonetheless, workers and the poor still face serious risks. In mid-October, Guerrero state on the Pacific coast was flooded by rains from Hurricane Raymond before the population had a chance to recover from the devastating floods caused by Hurricane Manuel the month before. That storm forced more than 20,000 residents of Guerrero – where Acapulco is located – into shelters. Fifty-seven hundred of those people were still in shelters when Raymond hit.

Guatemala, which borders Mexico to the south and east, posted alerts in four departments along the border at the beginning of October. Nicaragua has also put its medical personnel on alert.

The epidemic continues to devastate Haiti, and this year it has gotten worse in the Dominican Republic. Cholera was first reported there in November 2010, having spread across the border between the two countries. In the years since, more than 31,000 cases have been reported in the Dominican Republic, and more than 450 have died. In its Oct. 12 Epidemiological Update, the Pan American Health Organization reported that the case-fatality rate dropped from 1.7 percent in 2011 to .8 percent in 2012, but then skyrocketed to 2.1 percent in the first nine months of this year.

The United Nations has not commented publicly on a class-action lawsuit filed last month on behalf of Haitian victims. That suit details the arrogance and dishonesty of the U.N., which through negligence created the epidemic in Haiti (see “Victims of Haiti cholera epidemic sue the United Nations”). Now, while the U.N. refuses to take responsibility for its crime, much of Latin America is at risk for the consequences.