Outside support activists have learned of another Texas prisoner dead, due to a combination of guard brutality and medical neglect. 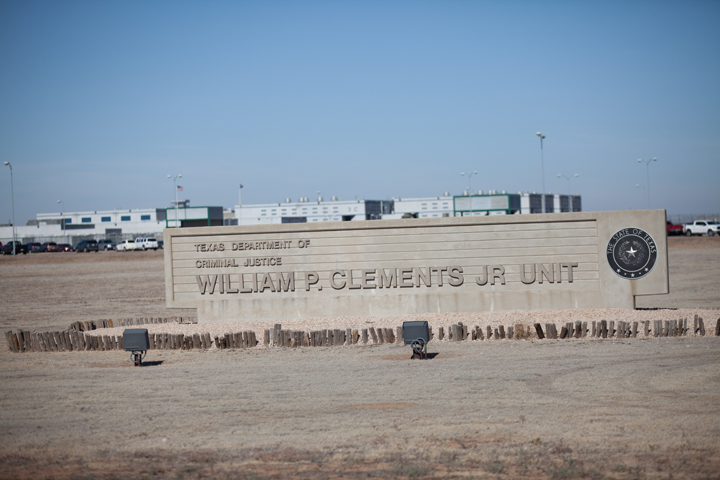 For three consecutive nights, medical staff were summoned to the cell of Christopher Woolverton, at the Clements Unit in Amarillo, because he was lying on the floor barely responsive. Finally, on the afternoon of Oct. 22, a nurse came in and, seeing he was still not moving, summoned Sgt. Andrew Gratz and Lt. Matthew Seymour, informing them that Woolverton was scheduled to see a doctor.

At this point, normally, things should have improved for Woolverton. After a criminally long delay of three days, during which time he was in clear distress, he should have finally received medical attention. But that’s not what happened.

After a criminally long delay of three days, during which time he was in clear distress, he should have finally received medical attention. But that’s not what happened.

A letter from Kevin “Rashid” Johnson, minister of defense of the New Afrikan Black Panther Party (Prison Chapter), who is also being held at the Clements Unit in Amarillo, lays out the tragic sequence of events. Remember, when reading this, that Woolverton had been unresponsive, lying on the ground seemingly unable to move, for days at this point. Rashid recounts how

“The nurse and others left and the warden and several other people in street clothes came in, looked in at Woolverton, laughed and left.

“Moments later, Gratz, Seymour and the nurse returned with a team of riot armored guards with gas masks and OC gas. Gratz proceeded, as the nurse watched, to spray Woolverton several times directly in the head (drenching his face and head) with OC gas. After about 10 minutes the team rushed in to restrain him by force. He was then bodily lifted and put on a gurney and rolled out of the pod.

“He was several minutes later brought back in and made to stand by Gratz and the team (directly in front of my cell) with his body and legs trembling like a newborn colt. He distinctly stated, ‘I can’t breathe.’ They also had a cup mask (like construction workers wear) over his nose and mouth. He couldn’t walk, so they bodily picked him up by ankles and arms and carried him into a cell where they left him lying completely naked with no property and without his asthma inhalers. He was not decontaminated of gas. This all transpired at around 2:30 p.m.

“Several guards came into the unit and went to his cell and made jokes about his lying nude on the floor. He didn’t move.”

Woolverton was left like this, lying on the floor of his cell, unable to breathe, for almost 24 hours. In this condition, he died.

Woolverton was left like this, lying on the floor of his cell, unable to breathe, for almost 24 hours. In this condition, he died. Rashid:

“At 1:30 on Oct. 23, 2013, with his having still not moved – several nurses along with a Lt. William Williamson and others rushed into Woolverton’s cell to find him dead on the floor in the same spot. They tried CPR to no avail. As they picked his body up and placed it onto a gurney his lower extremities clearly appeared stiff and unbending – rigor mortis having apparently set in. He was obviously several hours dead despite guards supposedly making routing rounds in the unit.”

The case of Christopher Woolverton is not unique. Gas is frequently used against prisoners in the Clements Unit, and throughout the entire Texas prison system cell extractions routinely provide an excuse for violent abuse. Woolverton’s is not the first such case that, combined with medical neglect, has led to a fatal outcome.

Take the case of Larry Louis Cox: In 2007, Cox died from injuries sustained after a confrontation with guards during a cell extraction at the Estelle Unit. Although his hands were cuffed behind his back at the time, he was thrown to the ground, his head hitting his metal bunk and fracturing his spine.

Due to the severity of this injury, he was unable to stand to his feet. As a result, prison medical staff reported him as “refusing” treatment. On Jan. 26 – after lying on the ground in agony for two days – Cox was finally transferred to an outside hospital, where he died 10 days later. A medical examiner would find that Cox’s death constituted homicide by “medical neglect complicating blunt force trauma,” and yet despite recommendations to the contrary from the Office of the Inspector General, no charges were laid. (See “Injured Inmate Spent Two Days on Cell Floor” by Roma Khanna in the Houston Chronicle Jan. 23, 2008.)

Gas is frequently used against prisoners in the Clements Unit, and throughout the entire Texas prison system cell extractions routinely provide an excuse for violent abuse. Woolverton’s is not the first such case that, combined with medical neglect, has led to a fatal outcome.

The impunity with which guards and medical staff were treated in Cox’s case simply guaranteed that such a tragedy would happen again. As it now has, to Christopher Woolverton.

“In every prison/prison system I’ve been, there is a strict rule against using OC gas on prisoners with asthma and similar respiratory conditions, because it is known to be a fatal mix. Not only did they gas a known asthmatic, but they put a mask on his nose and mouth to ensure he breathed nothing but the gas fumes that saturated his face. His head was so wet from gas that his hair was wet and plastered to his forehead and scalp. He was then left without his asthma pumps, naked in a bare cell on the floor where he died, without decontamination.”

Please take action and call, write and email the Texas Department of Criminal Justice and demand an investigation.

The horrific nature of such abuse notwithstanding, unless there is outside mobilization around this case, it is unlikely that anything will be done to prevent future similar deaths. Already, it is clear that the Texas Department of Criminal Justice (TDJC) is not worried with even having to go through the motions of pretending to investigate why Woolverton ended up dead.

Rashid explains that despite the fact that many prisoners in the pod are willing to testify as to what happened, “None of us many witnesses to Woolverton’s death have been questioned or interviewed about this blatant medical murder/wrongful death.”

Rashid, who has himself been subjected to violence numerous times since his arrival in Texas earlier this year, ends by noting that, “If this situation isn’t enough to energize folks to protest the foul TDCJ conditions, I don’t expect anything will.”

A call to alms!

The punchline is we need to raise between $700 and $1,000 dollars to “put money on Kevin Rashid Johnson’s books” in his inmate trust account. He has had to pay a filing fee in his Oregon lawsuit of $350 and also the $700 the prison charged him for shipping out his legal materials. 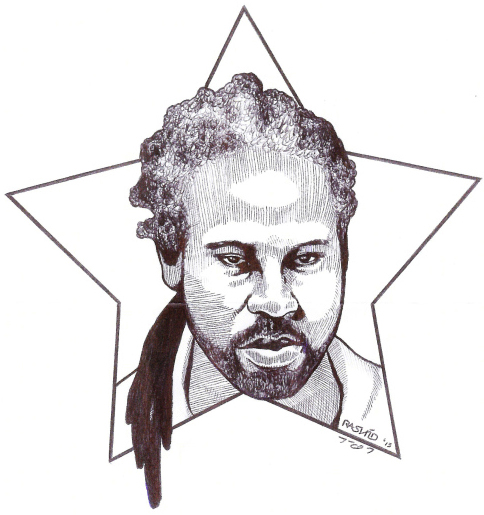 If he doesn’t bring his account current, he will not be able to buy stamps. If we are going to hear Rashid’s voice and reporting soar over the prison walls, we have to fix this and ask friends for help.

I think that if we all do a bit and we put this out as a call to action, we can raise this amount quickly.

There are a few ways to do this. The quickest is Jpay, at https://www.jpay.com/home. Send your donation to inmate Kevin Johnson, TDCJ No. 01859887.

If you would like your donation to be tax deductible, you can send it to Prison Radio, P.O. Box 411074, San Francisco CA 94141 or go to www.prisonradio.org. And we will forward it to Rashid.

I visited Kevin “Rashid” Johnson on Oct. 21 at the William P. Clements Unit. He is in an Ad Seg unit in Amarillo. Here is my reflection:

“By any measure, Kevin Rashid Johnson is one of the most brilliant artists and writers behind bars in America. The most powerful antidote to shackles, prison bars and brutal isolation is art. His beautiful artwork, created in solitary confinement, radiates with love and resistance. Each inspired sketch, drawing and article tackles harsh realities head on, bringing hope into existence and making the fabric of resistance stronger. His writing and reporting from Texas, Oregon and Virginia prisons has generated a worldwide audience. An appropriate historical comparison of the breadth and reach of Kevin Rashid Johnson’s impact and writing would be to say he is emerging as the intellectual equivalent of a 21st century George Jackson.”

Noelle Hanrahan of Prison Radio can be reached at globalaudiopi@gmail.com.