by Californians United for a Responsible Budget

Sacramento – Gov. Brown’s 2014-15 budget will contract 5,633 new prison beds in state while funding the expansion of four new prisons and allocating $500 million for more jail construction. Advocates celebrate a series of parole reform victories outlined in the proposed budget while pointing out that lifting some of their extreme limitations could easily prevent Gov. Brown’s costly prison expansion plans. 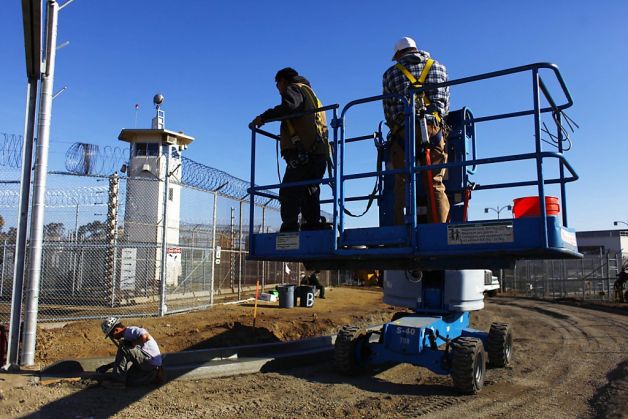 “These modest parole reforms are an important victory that communities have been fighting for years to implement. However, the state’s restrictions on the reforms will significantly decrease the number of people they impact, which is ludicrous given their plans to build more state prisons, bankroll county jail expansions and continue to send more people to contract prisons,” said Debbie Reyes of the California Prison Moratorium Project.

“Gov. Brown is wasting billions of dollars and thousands of lives to expand a system he easily could be shrinking.” The proposed reforms include elder parole, good-time credits for second strikers, an expansion to medical parole and a requirement for mandatory split sentencing.

Despite a decline of 40,000 people in California prisons in the past six years, the state has not enjoyed a proportionate drop in prison spending and shows a continued growth. Gov. Brown’s 2014-15 budget pumps up the Corrections budget from $9.2 to $9.8 billion.

Misty Rojo of the California Coalition for Women Prisoners says, “There are two obvious steps that we need to take: Change the stupid and inhumane sentencing laws that built the over-sized prison system and begin closing prisons so we can realize real budget savings to shift to important state programs.”

Advocates celebrate a series of parole reform victories outlined in the proposed budget while pointing out that lifting some of their extreme limitations could easily prevent Gov. Brown’s costly prison expansion plans.

The budget assumes that the court will grant a two-year extension to meet the 137.5 percent cap; and if the extension isn’t granted, the state will spend $315 million on contracting more prison beds to avoid releasing prisoners. Corrections Secretary Beard said the extension would give the state time to build cells for nearly 3,500 additional prisoners.

CURB will join the California Partnership and other anti-prison and anti-poverty groups on Friday, Jan. 10, to discuss Gov. Brown’s proposed 2014-15 state budget at five press conferences across the state.

New prison construction is expected to cost $810 million, a figure expected to almost double with interest payments. Operating the new cells will add more than $100 million a year to the state’s Corrections budget, plus bond repayment costs. 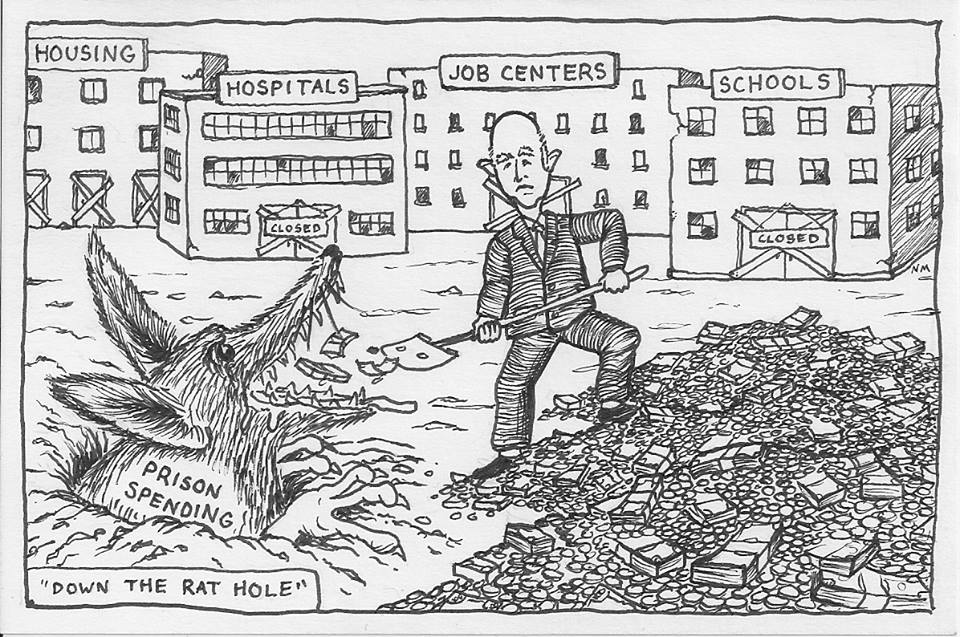 An additional delay would give the state time to open Dewitt Nelson, an expansion of the Stockton medical facility to house about 1,100 mentally ill prisoners. Last week the state also detailed plans to build housing units over the next two and a half years at the Richard J. Donovan Correctional Facility in San Diego and Mule Creek State Prison in Ione, to hold a combined 2,376 prisoners. The budget also announces a new plan to activate the Northern California Reentry Facility, a 600-bed facility in Stockton, that will cost $8.3 million to design in 2014.

“This budget has none of the major restorations to health and human services that California desperately needs, and instead ‘restores’ closed prison beds and plans to open thousands of new ones,” says Diana Zuñiga, statewide field organizer of Californians United for a Responsible Budget. “To restore our most vital programs and rebuild poor communities and communities of color in California, we have to act now to make serious cuts to the Corrections budget.”

CURB will join the California Partnership and other anti-prison and anti-poverty groups on Friday, Jan. 10, to discuss Gov. Brown’s proposed 2014-15 state budget at five press conferences across the state: