As announced shortly after the suspension of the 2013 California prisoners’ hunger strike, the idea of developing a mechanism that would allow us to participate in the public political discourse on a more direct and competitive basis was proposed. At the time, this approach was presented for consideration to our reps during our temporary medical transfer from Pelican Bay to Folsom last August.

It was unclear whether there would be enough support within the prison population to justify mobilizing limited resources to bring this concept into operational mode. Accordingly, the article “Prisoner Political Action Committee proposal” and accompanying letter by rep Gabriel Huerta sought to primarily ascertain if the support was indeed there. 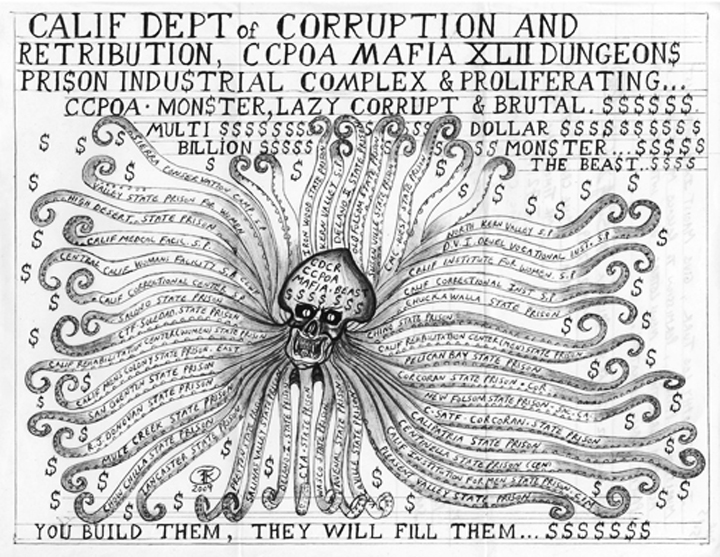 The short story on the findings of this improvised poll is this: The positive response to this idea has been quite remarkable. All indications suggest that contribution support will readily and voluntarily be made available.

Personally I’ve received letters from people in the community and around the world – literally – both embracing and encouraging this approach. And having recently won my freedom in federal court after more than 10 years of unconstitutional confinement in the atypical and significant hardship conditions at PBSP-SHU, I find the support in the prison’s general population equally inspiring and enthusiastic about the prospect of engaging our adversaries, the CCPOA and CDCR (the California Correctional Peace Officers Association and the California Department of Corrections and Rehabilitation), in the highly consequential and dispositive battleground of the public democratic sphere.

Going forward, and because of this favorable response, efforts will be made to make this instrument of struggle available for consideration when shaping and executing strategy in our peaceful movement by our reps, unless otherwise indicated. Further, the process of coordinating with our outside supporters towards establishing the prisoners’ PAC has already begun.

The positive response to this idea has been quite remarkable. All indications suggest that contribution support will readily and voluntarily be made available.

As discussions progress, we will get a sense of the period of time it will take to make this idea fully functional and, when appropriate, make that publicly known. The goal, as urged by a supporting letter in the January issue of the Rock newsletter, is to make this idea “a reality sooner than later.” However, we also have to ensure everything is done right, that all operational components are in place and that we meet every requirement to make the option of expressing our political views and positions to the public possible in the most efficient way.

Particularly because as prisoners we understand better than most how important the narrative is. For years we’ve watched how the prisoncrats steadily, but subtly, utilize their war chest to bring nothing but noise and to obfuscate the truth about what’s really going on in California’s correctional facilities.

As proof, look no further than the media access bill passed by both chambers of the legislature but later vetoed by Gov. Brown. All for what? To keep the public in the dark so that our adversaries can artificially and needlessly inflate the annual budget of the prison industrial complex (PIC) and enable themselves to fatten their pockets at the expense of us, our families and our communities. They routinely take money earmarked for education and other social programs.

Their scheme is so sophisticated that aspects of it practically mirror the shoddy national “best practices” we see within dysfunctional Washington, D.C., and unscrupulous Wall Street, including the uninspired societal-resource-sapping sham of the revolving door. Yes, we regularly see administrators and officers retiring, then coming back to work collecting both a pension and a check monthly – double dipping as it were.

And despite the periodic symbolic ushering in of new administrators, this bureaucratic mess remains unchanged. Why? Simply because it is a symptom of a runaway public agency managed by a bunch of self-worshipping administrative buffoons afflicted with terminal money greed.

Efforts will be made to make this instrument of struggle available for consideration when shaping and executing strategy in our peaceful movement by our reps.

Somewhere along the way the prisoncrats and those responsible for administrating California’s correctional facilities and enforcing its regulations hit their head on a big pile of money from the union and special interests – e.g., the private prison sectors – a blow from which the agency has never recovered and never will. That, precisely, is what the public needs to know.

So the moment raises an important question: Which road will we take? Do we take up the challenge of coming together and help create this vehicle, the PAC, to bring clarity to the public domain in order to compel change via the democratic process – or do we stand by and hope that our actions so far are enough to expect that the department in good faith will change its greedy, sick ways? The growing solidarity we’ve been building over the last couple of years suggests that the former is the likely road we’ll take.

In the final analysis, our communities have the numbers on our side, so you can trust that, with a strong solidarity base, we can transform the political landscape into one that is actually responsive to our interests as human beings and as a class within this society. But everyone must do their part.

The agreement to end all group hostilities that our reps reached and made public must be upheld. Reach out to your family and friends and urge them to educate themselves about, and become involved in, the democratic process, to vote according to their interests and, when the time comes, forward a contribution to our PAC in whatever amount you can.

Which road will we take? Do we take up the challenge of coming together and help create this vehicle, the PAC, to bring clarity to the public domain in order to compel change via the democratic process – or do we stand by and hope that our actions so far are enough to expect that the department in good faith will change its greedy, sick ways? 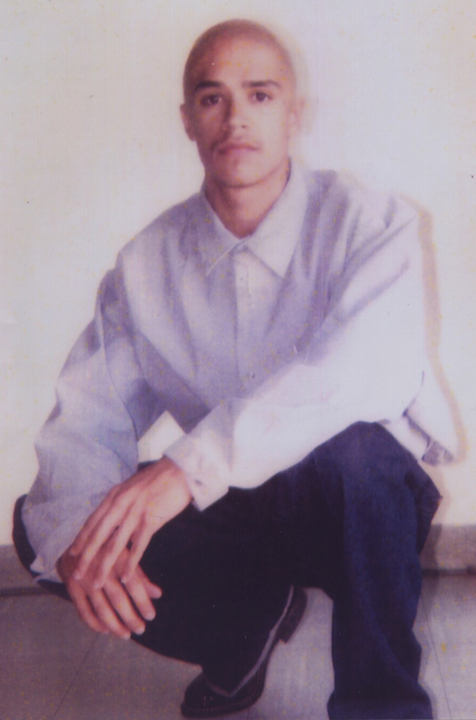 Make no mistake. It will be a long and complicated process, a tough road indeed. But not an impossible one, to be sure. I submit my own experience: I fought them for over 10 grinding years but ultimately I won. Collectively and in solidarity, we can do the same.