If you take a little Theolonius Monk, mix it with Yasiin Bey aka Mos Def, with a little twist of some Lauryn Hill and Curtis Mayfield and put it on an Oakland soundscape, you’ll get what bandleader and pianist Kev Choice cooked up on his newly released, soon to be classic album, “Oakland Riviera.” By far this is one of the best sounding, most creative and most political albums to come out of Oakland’s Hip Hop scene in the last few years. 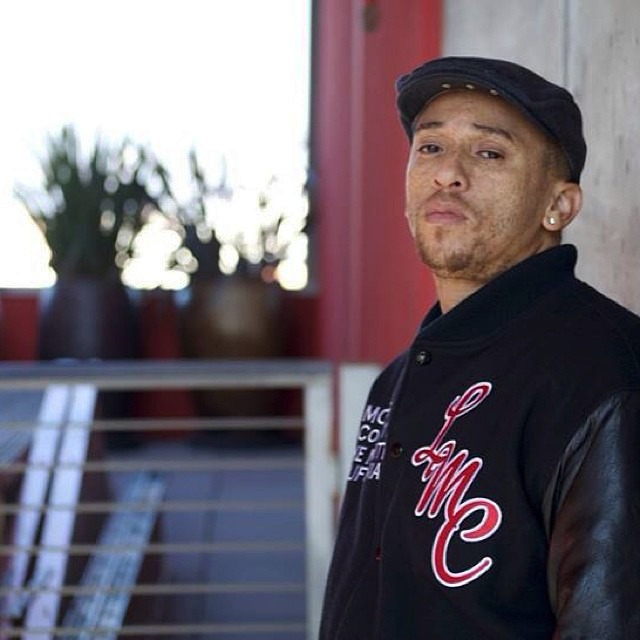 Although it is fully a Kev Choice production, with him producing every song except one, there is an all-star lineup of musicians, singers and rappers sprinkled throughout the album to give it that collective Oakland flavor. When was the last time you heard Martin Luther, Viveca Hawkins, Phesto Dee of Souls of Mischief, Zumbi of Zion I and Jennifer Johns on the same album? Never.

That is only one of the many reasons why you have to go get this newly pressed masterpiece. Check out Kev Choice in his own words, as he speaks on takin’ his career to another level with “Oakland Riviera.” Check out the interview and the album.

M.O.I. JR: Can you talk about how in the seventh grade you got into playing instruments? What kept you focused and practicing?

Kev Choice: I had a fascination with pianos and keyboards. Whenever I would go by a family member’s house that had one, I was just stuck on it. Then in seventh grade, at Westlake Junior high School in Oakland, I had the opportunity to choose two elective classes, and I chose Piano and French. That piano class introduced me to the basics of reading music, and by the end of the year I did my first recital.

I was focused on practicing because I had a strong desire to get better and be the best. I wanted to be the best in the class and the best at the school. I also wanted to learn more things so I could be able to play all the music in my mind and also the music I would hear on the radio.

M.O.I. JR: What was some of the early music that you were playing?

Kev Choice: My first piano recital piece was “Sonatina” by Muzio Clementi. I also did some beginning pieces by Bach, Mozart and Chopin. But at the same time, off on my own I was trying to learn to play stuff I heard on the radio, little songs that would impress my classmates. “Tender Love” by Force MDs was one of the first songs I learned on my own.

M.O.I. JR: Why did you name this album “Oakland Riviera”? And what inspired you to play instrumental pieces on it that were named after major streets in the Town?

Kev Choice: I had been traveling a lot last year and spent a lot of time in France. It’s a beautiful country. When I came home, I was at 1200 Lakeshore in a friend’s high-rise apartment, the same building Huey Newton used to live in. I was overlooking the lake, the hills and East Oakland.

I just started thinking of how beautiful it was, how diverse the scenery was, how diverse the city was, how it’s becoming a place where people really want to come and want to be. It got me to thinking about my music and how it reflects this city and where it fits in in the grand scheme of things. The title just popped in my head, “Oakland Riviera,” because of what I was seeing and also part of it was me creating a new dynamic that doesn’t really exist but is still deeply rooted in real Oakland culture.

Naming the instrumentals after streets in Oakland was really me just trying to put it all together conceptually. Trying to figure out how to connect an album that has Hip-Hop songs and Jazzy instrumental songs, something I feel that has never been done in this manner. 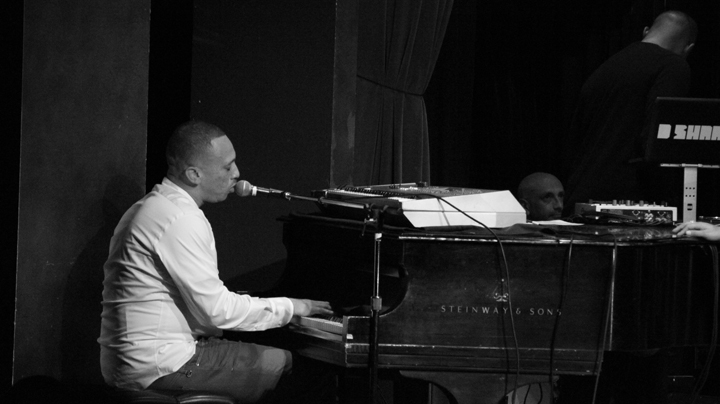 I was thinking like the streets are what get people places; they run through the heart of the city, and represent all the people, different walks of life and influences. The instrumental songs are like that on the album. They take you on a journey, they are diverse in style and range, and they connect the album together.

M.O.I. JR: The production is ridiculous, with unique non-run-of-the-mill beats. Did you produce everything on this album?

Kev Choice: I produced every song except one, “Born Conquerors,” which was produced by Bobby Ozuna. He also executive produced the album and I recorded it in his studio. Without him, this project wouldn’t have happened. He produced a lot of stuff from Raphael Saddiq to Tupac to Lucy Pearl to Goapele and on and on, and I feel he is unheralded as one of the greatest producers in the Town. He gave me a lot of insight on production, recording, mixing etc. and also allowed me the creative space to fulfill the vision.

M.O.I. JR: You featured your brother on a song, who is not as well known as you are. How did that come together?

Kev Choice: My brother has always been a rapper since we were kids and has had a lot of success on his own. He kinda slowed down a bit to focus on other features, but he’s still got it and he’s still dope. He’s had numerous projects and a dope album out. As I was working on the album, he was very supportive and integral in the whole process, so it was only right that we do a song together. And he killed it too, so it was perfect.

M.O.I. JR: What were you reaching for with this Jazz-Hip Hop album?

Kev Choice: I been wanting to do this for years, but people kept telling me, do it separate or focus on one or the other. But I felt like they are both an equal part of me as an artist. If you come to my show, you’re going to hear some dope Hip-Hop, Jazz, Soul, Rock, Funk, R&B etc.

I just wanted to show that it could be done, and I wanted to equally represent me as an MC, pianist, composer, producer and bandleader. I felt like it’s time to bring a diversity and musicality to Hip-Hop and also show how Hip-Hop can be integrated in Jazz and other genres and still be genuine to the roots.

M.O.I. JR: The album is very politically and socially conscious, in a time when artists who are trying to make a name for themselves are cautious about turning off bigwigs at record companies or more affluent audiences. Why did you include such political content on this album?

Kev Choice: That’s the Oakland in me. I grew up in this environment, and from an early age I was made aware of social and political issues, how they affect our community and our world. I grew up learning Martin Luther King speeches, reading Malcolm X, studying the Black Panthers etc.

Plus I felt like it was things that needed to be said and not enough people are saying it out here. Talking about gentrification, the homicides, high rent, showing love and respect for our women besides just in a sexual context and making music based on pure positive vibrations. It’s enough music that comes from the other perspective, so I had to speak from mine.

I try to represent my community and be a part of my community and be a positive influence at all times. We are a very socially active and politically driven community. I’m out at the rallies and marches and meetings trying to support those fighting for these issues on a day to day basis. I feel it’s only right that I include that in my music. That’s a big part of Oakland, always has and always will be.

Kev Choice: Nothing solidified yet but definitely in the works.