Richmond, Calif. – “Richmond is Better Now; Let’s Build on a Decade of Progress” is the theme promoted by a progressive team of candidates for Richmond City Council, announced Feb. 13.

Mayor Gayle McLaughlin – limited by City Charter to two consecutive terms as mayor – will run for a City Council seat, along with Vice Mayor Jovanka Beckles and Planning Commissioner Eduardo Martinez. Mike Parker will seek the office of mayor.

Nicknamed “Team Richmond,” the four candidates are united in their commitment to continue and expand Richmond’s remarkable transformation during a decade of progressive policies spearheaded by McLaughlin. The team is also dedicated to standing strong for Richmond residents in the City’s dealings with the Chevron Corp., demanding safety, transparency and accountability from the oil giant as plans are negotiated for major repairs and a renewal project for the Chevron Richmond Refinery.

The four candidates support a modernization of the refinery so that the devastating explosion of Aug. 6, 2012, never happens again. The team calls for repairs and renovations that will take place soon to ensure community safety – a project that will provide jobs for Richmond residents and a significant and measurable annual reduction of the pollution emitted from the refinery.

Mayor Gayle McLaughlin – limited by City Charter to two consecutive terms as mayor – will run for a City Council seat, along with Vice Mayor Jovanka Beckles and Planning Commissioner Eduardo Martinez. Mike Parker will seek the office of mayor.

Long characterized by poverty, homicide and industrial pollution, Richmond began a grassroots renaissance with McLaughlin’s election to the City Council in 2004. Since then, policies and initiatives focused on sustainable growth, community health, income equity and clean energy have gained Richmond national attention as a city willing to adopt bold and innovative solutions to chronic problems.

Mayor Gayle McLaughlin, now completing her second term as Richmond mayor, will ask voters to elect her to the City Council. During her tenure as mayor, homicide rates have been cut by 66 percent; Lawrence Berkeley National Lab chose Richmond for its second campus; Chevron was pressured into agreeing to a $114 million tax settlement; and the City’s community survey shows residents are experiencing increased quality of life and City services.

Mike Parker, an educator and former industrial electrician in the automotive industry, is running for the office of mayor. A lead organizer of the Richmond Progressive Alliance, Parker has a long history as an advocate for organized labor, civil rights and other social justice issues. He is actively involved in efforts to stop foreclosures and reduce blight and to set a livable minimum wage in Richmond. Parker, an instructor in an electrical technologies program, serves on the Richmond Workforce Investment Board and has sought ways to provide Richmond residents with training for higher-skilled jobs.

Vice Mayor Jovanka Beckles will seek a second term on the City Council. She has led the City’s initiative to fight crime and violence by productively integrating residents released from incarceration. Beckles’ “Ban the Box” ordinance prevents the City from disregarding applications for City employment because of previous incarceration. Beckles also introduced the Richmond Municipal Identification Program, strongly supported by Police Chief Magnus as a tool to improve police-community interaction. She fought discrimination and harassment of LGBT residents in the City Council chambers and elsewhere.

Richmond Planning Commissioner Eduardo Martinez is running for City Council with a campaign sub-theme, “A City for Our Children.” A retired local elementary school teacher, Martinez is a long-time advocate for education and was a lead organizer for the March for Education in 2004. He serves on the board of the East Bay Sanctuary Covenant, an interdenominational organization helping immigrants navigate the immigration process. Martinez ran for City Council in 2012 and fell short of election by only 516 votes. 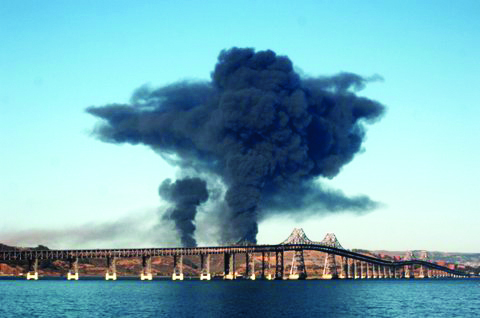 The four candidates have worked closely together for several years to build “One Richmond, A Better and Healthier Richmond,” a unified community of diverse populations, working together on the problems of economic inequality, crime, racism and pollution. They seek to organize community members to define their city’s destiny, countering the outsized influence of corporations, developers and other entrenched special interests on the democratic process.

To underscore the importance of clean elections that are free of corporate influence, Parker, McLaughlin, Beckles and Martinez have pledged not to accept any campaign contributions from corporations. All four candidates will utilize a volunteer campaign team. Individuals who are interested in volunteering may call 510-709-4433.

An official kick-off event for Team Richmond will be scheduled during the summer of 2014 in Richmond. For more information, visit 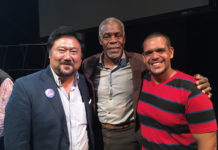 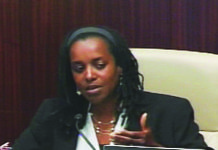 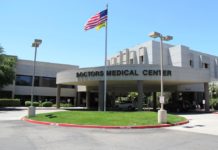 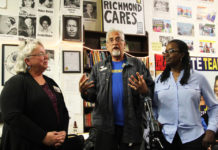 Does Richmond, California, have a progressive majority? 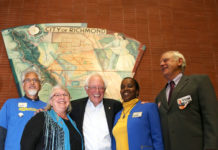 City in the shadow of Chevron fights back: Vote Team Richmond 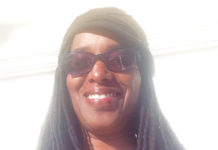 Keeping my eyes on the prize