Oakland – Calvin, a Vietnamese immigrant who moved to this country with his family when he was a child after the so-called Vietnam War ended, is a squatter who has quietly lived alone in a huge two story, four unit Mediterranean style residential building for well over a year. 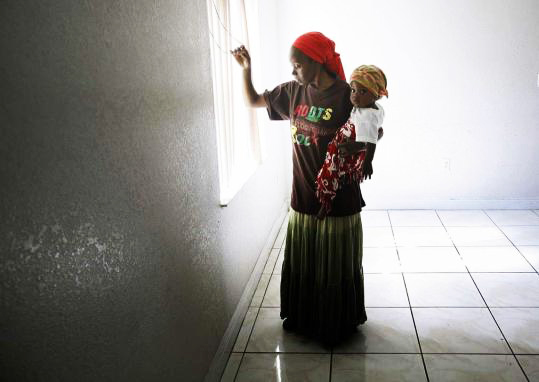 Based on what I know, he faces many hardships day to day and has an interesting life. Recently, speaking with a light accent, Calvin said: “I used to live in South Vietnam with my family when I was very young, and I would like to go back someday to visit. We moved to this country when I was still a child after we lost the war against North Vietnam. I used to miss my country very much when I was little, but not so much anymore. I have seen much of this country and lived in Canada for a while. However, Canada was too cold for me. Vietnam was much warmer and only has two seasons there, wet and dry.”

A few nights ago, as he spoke with huge dark rings around his eyes, Calvin said, “I am feeling weak lately from working too hard and am very tired from a lack of sleep.”

At that moment as we were talking on the street, a huge raccoon quietly sneaked up on Calvin from behind a car, and I urged Calvin to take a look behind. In total shock, he suddenly leaped around four feet into the air and screeched loudly in panic when he spotted the raccoon. With both arms flying in all directions from the shock of seeing the large raccoon only inches behind his ankles, he rapidly collected his wits and chased the raccoon down the street. When he came back, Calvin said, “Raccoons are an urban problem, and they do a lot of damage to the back yard where I live.”

With rents rising to astronomical rates and greedy nonprofit housing developers screwing the poor with minimum income requirements, including rents higher than what poor people can afford to pay unless they are subsidized by the Section 8 program, many poor people end up homeless and are living on the streets.

Minimum income requirements discriminate against the poor at so-called affordable housing projects, and many homeless shelters all across the nation are charging poor people too much money for coming in out of the cold, making it impossible to save up enough money to rent a place somewhere.

With rents rising to astronomical rates and greedy nonprofit housing developers screwing the poor with minimum income requirements, including rents higher than what poor people can afford to pay unless they are subsidized by the Section 8 program, many poor people end up homeless and are living on the streets.

Making matters worse, with the accelerated demise of our conventional public housing that is rapidly being converted into privatized so-called affordable housing projects in Oakland, Berkeley and elsewhere, thousands of poor people are rapidly being dumped onto the streets with nowhere else to go. As a result, squatting has become one of the few options left for the working poor and impoverished who have become homeless in large urban cities with plenty of vacant housing units.

As an example, there is a large vacant residential house located at 805 Ninth Ave. in Oakland that has been vacant during the past two years. Aside from having a broken window or two, it appears to be a location that could provide shelter from the storm for anyone who is willing to challenge the laws meant to keep people from squatting at vacant properties.

As another example, 610 E. 19th St. is a large three story 24 unit residential building. Most of the rental apartments in this building have been vacant during the past 10 years, during a period when the housing crisis keeps getting worse.

The challenges of squatting without electricity or gas

Living rent free in a building with running water but no electricity or gas near Lake Merritt has been a huge challenge for Calvin during the past year. After leaving work, he rides his rickety old bicycle to his hidden location. Before entering his home, he waits until it is dark outside and slips quietly through a fence in the backyard to enter the large residential building. Once inside the building, Calvin unlocks a front door from inside the building so that he can go out and bring his bicycle inside, along with whatever else he has brought back to his residence.

With no gas or electricity for cooking or a working refrigerator to keep his food in, Calvin eats a lot of uncooked meals, resides in a cool environment and lives mostly in the dark to conceal his activities. Sometimes he can be found washing his clothes at night on the sidewalk in front of his building when he believes no one will notice him.

Squatting has become one of the few options left for the working poor and impoverished who have become homeless in large urban cities with plenty of vacant housing units.

Nearby street lights provide enough light when he washes his clothes by hand in some old large plastic paint buckets that he keeps lined up in a row on the front stairs of the building he resides in. Sometimes he uses two buckets, and stands in them bare foot with one foot in each bucket as he stomps up and down on his clothes until he feels that they might be clean enough to wear. For large loads of laundry, Calvin uses a recycling bin on wheels and rapidly rolls the bin back and forth as a way to slosh the clothes around in the water long enough, until he believes the clothes are clean.

When I first spoke with Calvin a few months ago one early evening at his hidden location, he told me that the building was fully occupied with tenants even though I knew the building has been left vacant and in darkness for many years.

After joining Calvin another time while he was washing his clothes by hand on the front steps of his residence in the dark, I told him that I wanted to interview him for a story about squatters. Calvin suddenly changed his story about the building being fully occupied and quickly denied that he was a squatter. He nervously said that he was watching over the property for the owner. He also claimed that the lights worked just fine in the building, despite the fact that the huge residential building has sat there in total darkness for many years.

In time, as I kept stopping by to speak with Calvin as he washed his clothes at night, he eventually ran out of stories to explain his existence at his hidden location that has no electricity. He allowed me to interview him for this story, and I will not reveal where he resides.

Calvin’s plight is very similar to the plight of so many other people who no longer can afford to rent a place in the Bay Area. With so many laws on the books meant to keep wages down including the laws meant to make poverty a crime, people are being forced to live in fear and terror. They are being forced to hide in the shadows, often residing in inhumane conditions that are bad for their health and their mental wellbeing.

Compared to the huge homeless population living under freeway bridges and the squatters living in filthy, damp, cold abandoned factories or warehouses in Oakland, Calvin has a better setup than most homeless people have. However, Calvin should not have to live in uninhabitable conditions with nowhere else to live just because he is poor.

There are too many families being threatened locally with homelessness because they have been forced out of their housing by high rents, gentrification schemes, slumlords and the loss of our nation’s public housing that is rapidly being privatized and sold to so-called affordable housing developers.

Housing is a human right, and poor people have the right to survive no matter how hard the Democrats and Republicans try to criminalize poverty.

The so-called affordable housing projects that are being heavily subsidized by taxpayers can never replace our nation’s rapidly disappearing public housing units that provide housing to poor families and individuals, including those who have no income at all.

Until the masses rise up in anger and pressure their government to provide public housing for all of those in need, there are plenty of vacant residential buildings in Oakland and elsewhere that are available for people to freely reside in, if they make that choice. Housing is a human right, and poor people have the right to survive no matter how hard the Democrats and Republicans try to criminalize poverty. 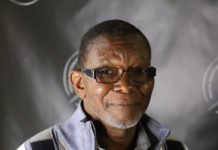