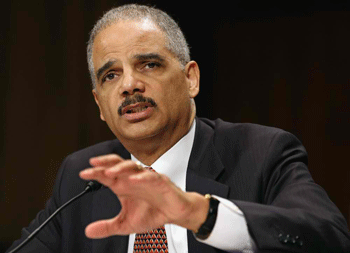 On Feb. 11, Attorney General Eric H. Holder Jr. urged states to repeal laws that prohibit people who were formerly incarcerated from voting, a move that would restore the right to vote to millions.

This timely announcement does not just address officials in states such as Florida or Mississippi, but has implications here at home. California is currently facing its own disenfranchisement crisis.

A week earlier, the ACLU of California and the Lawyers’ Committee for Civil Rights of the San Francisco Bay Area (LCCR) charged the state with unconstitutionally stripping 60,000 Californians of their right to vote.

The lawsuit was filed on behalf of three people who have lost or will soon lose their right to vote, along with the League of Women Voters of California and All of Us or None, a nonprofit organization that advocates for the rights of formerly and currently incarcerated people and their families.

On Feb. 11, Attorney General Eric H. Holder Jr. urged states to repeal laws that prohibit people who were formerly incarcerated from voting, a move that would restore the right to vote to millions.

Characterizing felony disenfranchisement “unwise,” “unjust” and “not in keeping with our democratic values,” Mr. Holder echoed the sentiment argued in our lawsuit.

Addressing the elephant in our nation’s room, the attorney general said what most elected officials have not had the courage to admit: “Although well over a century has passed since Post-Reconstruction, states used these measures to strip African Americans of their most fundamental rights. The impact of felony disenfranchisement on modern communities of color remains both disproportionate and unacceptable.”

According to the lawsuit, the state clearly violated state law when the California secretary of state issued a directive to local elections officials in December 2011 asserting that people are ineligible to vote if they are on post release-community supervision or mandatory supervision. These are two new and innovative community-based alternatives to parole created under California’s Criminal Justice Realignment Act for people recently incarcerated for low-level, non-violent, non-serious crimes.

Sadly, the consequence of secretary of state’s memorandum and the legislature’s failure to reverse it is that new voters have been disenfranchised from participating in our democracy.

Court intervention is necessary because a state official should not be able to disenfranchise 60,000 voters with the stroke of a pen.

The California Constitution clearly and rightfully established a presumption in favor of the right to vote, with only limited and specific exceptions. After California voters in 1974 approved Proposition 10, state law has provided that the only people ineligible to vote in California are those who are in state prison or on parole.

The secretary of state unilaterally expanded these exceptions, without any public comment or input, disenfranchising thousands of members of our community and creating confusion around the voting rights of formerly incarcerated people.

Court intervention is necessary because a state official should not be able to disenfranchise 60,000 voters with the stroke of a pen. 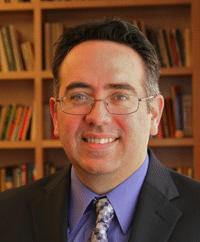 California has dismal rates of voter registration and participation. The secretary of state is making this even worse by disenfranchising tens of thousands of California citizens who are trying to re-engage with their communities. With voting rights under attack across the nation and the U.S. Supreme Court’s disappointing decision striking down a critical law that protected the right to vote for people of color and language minorities, California needs more protection — not less — for voting rights.

The secretary of state should be working to increase voter participation, not to undermine it.

Society is much more secure when all people feel they are fully part of it. If we want formerly incarcerated Californians to be good citizens, we need to convince them that they are a part of society, too.

Voting should be part of a successful reintegration into one’s community, but the secretary of state’s decision takes us in the wrong direction.

Hector Villagra is executive director of ACLU Southern California. Follow him on Twitter: www.twitter.com/HectorSoCalACLU. This story first appeared at http://www.aclusocal.org/theyve-done-time-now-let-vote/.