A 1968 book-length report, titled “A Study of the Manpower Implications of Small Business Financing: A Survey of 149 Minority and 202 Anglo-Owned Small Businesses in Oakland, California,” was sent to the Bay View by its author, Joseph Debro, prior to his death in November 2013, and his family has kindly permitted the Bay View to publish it. The survey it’s based on was conducted by the Oakland Small Business Development Center, which Debro headed, “in cooperation with the small businessmen of Oakland, supported in part by a grant, No. 91-05-67-29, from the U.S. Department of Labor, Manpower Administration, Office of Manpower, Policy, Evaluation and Research.” Project co-directors were Jack Brown and Joseph Debro, and survey coordinator was Agustin Jimenez. The Bay View is publishing the report as a series. A prolog appeared in the December 2013 Bay View, Part 1 in the January 2014 Bay View, Part 2 in February and this is Part 3 of the report.

Chapter I. The relative absence of Negro entrepreneurs in American society

In this section and the next, we attempt to trace some of the historical antecedents and current socioeconomic processes that have served to prevent Black and Mexican American entrepreneurs from being assimilated into the mainstream of national business activities. In so doing, we must examine the evolution of Negro and Mexican American labor in the United States and its relationship to white-controlled labor unions, business and government. 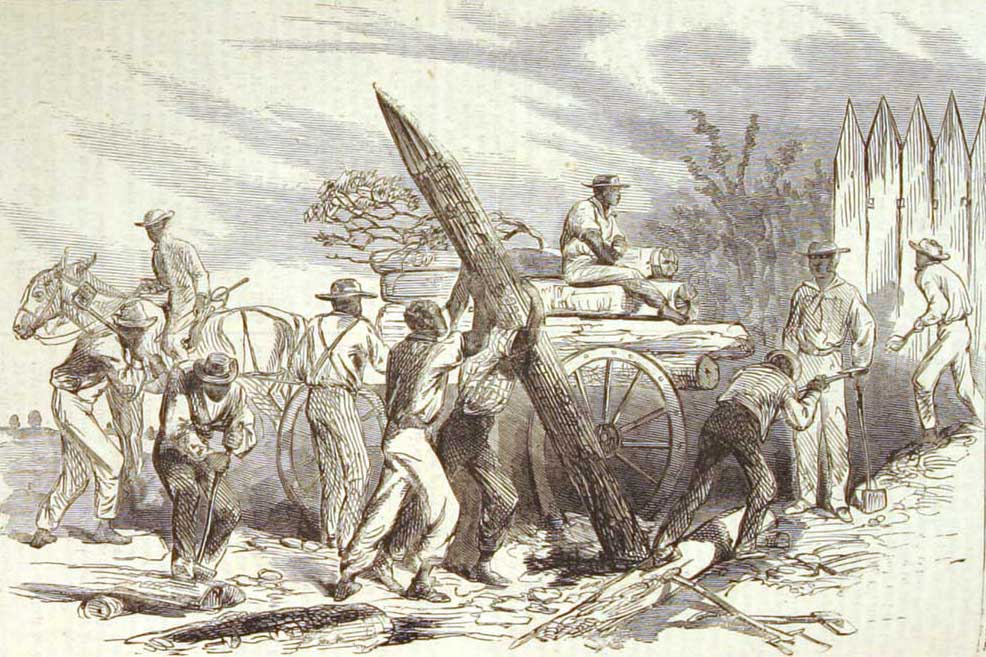 Blacks and Mexican Americans in the United States historically have been associated with menial occupations. To a large extent, the continued concentration of these two groups in low positions on the socioeconomic ladder is related to deep-seated and ethnic discrimination within American tradition.

Although the particular economic and social histories of Negroes and Mexican Americans have been quite different, a convergence of the two since the turn of the 20th century has resulted in a common destiny for members of both groups. Both groups are highly visible (because of non-white skin pigmentation) and both frequently have a poor command of standard English as well as poor educational backgrounds.

Housing segregation has confined them both to the least desirable neighborhoods, and discrimination in employment not only relegates them to jobs with little opportunity for socio-economic advancement but also places them in the most disadvantaged positions, particularly in periods of economic crisis when native whites and migrant Europeans compete for even those jobs traditionally associated with Negroes or Mexican Americans.

The impoverished self-image created by such discrimination then turns back upon itself, and the circle is complete: Negroes and Mexican Americans, seeing no chance of success, do not strive for better education and/or jobs with possibilities for mobility. All the while the continuous stream of malevolence emanating from every major institution in the society reinforces prevailing white prejudices against minority laborers and entrepreneurs.

Although in this section we limit ourselves to a consideration of economic and social forces within the American labor movement contributing to the disadvantaged position of these two groups, we do not mean to slight the role of government and industry in its historical efforts to squelch Mexican American and Negro economic growth. The relationship between business and the disadvantaged position of minority workers has been treated at length by a number of scholars, and in Chapter III we will refer to the studies of Babow and Howden (1958), and Stripp (1948) in the Oakland-San Francisco area.

The impoverished self-image created by such discrimination then turns back upon itself, and the circle is complete: Negroes and Mexican Americans, seeing no chance of success, do not strive for better education and/or jobs with possibilities for mobility.

The major force operative in preventing more minority persons from participating at all levels of the work force is, we believe, that which Myrdal calls the “vicious circle.” According to this theory, it is assumed by Anglo employers that non-Anglos are not employed because they lack “qualifications.”

Indeed, great numbers of minority peoples are only semi-skilled if not unskilled. When employers refer to “qualifications,” they frequently do not refer to specific skills or performance capacity, “but certain unwarranted assumptions as to social or physical characteristics of the entire minority group” (Babow and Howden, 1958:323). Reinforcing this tendency to stereotype, some employers refuse to examine, through interviewing, specific qualifications of individual members of certain minority groups.

When employers refuse to interview minority persons for a specific job because of predetermined notions about the entire group, the vicious circle comes into operation, limiting the opportunities of minority group members by keeping them at a competitive disadvantage. Thus, by practicing employment discrimination, the “inferiority” and lack of “qualifications” of minority workers is used to justify further discrimination.

“If one starts by imputing ‘inferiority’ or lack of ‘qualifications’ to Negroes, if this argument is used as a justification for limiting them to the least desirable jobs with poor opportunities for training and advancement, one ‘proves’ himself correct by creating and enforcing that inferiority status” (Babow and Howden, 1958:323). The theory is basically quite simple and has been employed throughout American history to exclude minority participation in meaningful, upwardly mobile employment.

Black labor and business in the South before 1865

In the ante-bellum South, Blacks were the primary agricultural laboring force, particularly as slaves, on cotton, tobacco, sugar, rice and hemp plantations. Both in the country and in urban areas, slaves or free Negroes did most of the skilled and semi-skilled labor, which was considered beneath the dignity of slave holders or poor whites.

Whites who had neither land nor slaves were, during this period, quite marginal to the labor force required by a plantation economy. These whites were often far less skilled than Blacks in all aspects of artisanry, and severe competition between the two groups mounted even before the Civil War, but did not achieve its zenith until Reconstruction days.

Slave artisans were so much in demand by white entrepreneurs that an important business was developed in which slaves would be rented to incipient factories, mills, mines and construction firms. Escaped slave artisans were also sought through advertisements, thereby increasing even more the number of Negroes available in the crafts.

Poor white laborers could not compete with slave wages, and social, economic and political unrest grew throughout the South. The poverty of poor whites was so severe that white mechanics in rural districts, because of competition with their Black counterparts, closed their businesses and hired themselves out to farmers during harvest seasons for as little as a dollar a day in 1851 (Olmsted, 1861:82). Ross (1967:8) estimated that there were five Negro merchants for every white one in the South in 1865.

Slave artisans were so much in demand by white entrepreneurs that an important business was developed in which slaves would be rented to incipient factories, mills, mines and construction firms.

Some Southern white workers protested the use of skilled slaves by owners in such areas as smithery, mechanics, carpentry, and brick and stone masonry, but legislation to curb competition with slaves was ineffectual (Greene and Woodson, 1930:15-17). Skilled Black slaves were being used as drug store attendants, barbers, ironworkers, millers and manufacturers, distillers and sellers of turpentine. Slaves and free Negroes were quite strong “in carpentry, masonry, coopering, painting, plastering, shipbuilding, tailoring and baking” (Johnson, 1943:81).

To illustrate the comparative involvement of whites, free Negroes and slaves in manual occupations, Johnson (1943:81) presented materials first gathered by Phillips (1918:403) for Charleston, S.C., in 1848. These data, based on a population of 40,000 about equally divided between Negroes and whites are presented in Table I.

The majority (71 percent) of all manual labor was performed by slaves while this same group provided 36 percent of Charleston’s skilled artisans and 98 percent of domestic and personal service work. Undoubtedly other urban centers of the South had similar proportions of slaves, free Blacks and whites distributed in the same occupational categories.

There can be no doubt that whites were well aware of the formidable competition which would come from well-trained Black craftsmen and semi-skilled laborers if slavery were to end without forceful checks on the growth of Black economic power.

The fear among lower class whites that Negroes would continue to usurp jobs in the crafts if not checked, as well as the deep-seated belief that Negroes were best suited to menial tasks and to jobs as personal servants, were Southern themes which quickly permeated Northern thinking, leaving an indelible impression on Negro labor conditions from post-bellum times until the present day.

Within the social and cultural framework of the ante-bellum South, slaves and free Blacks had little opportunity to engage in business. But in cases where slaves were permitted to open small enterprises and save their earnings, they frequently purchased their freedom.

There can be no doubt that whites were well aware of the formidable competition which would come from well-trained Black craftsmen and semi-skilled laborers if slavery were to end without forceful checks on the growth of Black economic power.

Slaves were sometimes given the responsibility of running their masters’ businesses; often clerical and other white-collar skills were necessary. Thus a small cadre of slaves with keen business acumen was present before the Civil War.

Businesses in the South were developed by free Negro mechanics, restaurant and hotel operators, manufacturers of boots, shoes and clothing, barbers, vendors of used clothing, and other service enterprises in which whites did not wish to engage. Such businessmen were restricted in terms of capital available for business formation or expansion, severely limited credit, segregated neighborhoods, disadvantageous commercial relations with white suppliers and distributors, lack of management skills, inadequate bookkeeping, and lack of economic resources of the Black community.

Slaves were sometimes given the responsibility of running their masters’ businesses; often clerical and other white-collar skills were necessary. Thus a small cadre of slaves with keen business acumen was present before the Civil War.

In spite of these inherent disadvantages, before the Civil War, a few Negroes amassed considerable fortunes in plantations, shipping and in other pursuits. In New Orleans, where Black businesses were relatively more successful than in other Southern cities, considerable sums of money were made by drayers, shopkeepers, merchants, brokers and capitalists in the full sense of the term (Frazier, 1962:34).

But the small gains made by independent Negro businessmen in the South, like those of Black workers in the same region, were destined to be obliterated in the years following the War between the States.