Federation B was considerably more liberal than Federation A in terms of admitting Negroes, but colored workers were largely restricted to two of the 42 locals. There were 2,000 Negroes (of a total of 15,000 members) in the longshoremen’s and warehousemen’s unions, and 2,500 of 7,000 total involved in marine cooks’ and stewards’ unions.

Stripp’s conclusions are quite germaine to our own study. Briefly, they are:

By 1956, Babow and Howden had noticed some positive changes, but very few significant breakthroughs had occurred. Their study lent credence to Stripp’s findings that job discrimination is, perhaps, more a function of Anglo employer attitude than Anglo worker attitudes. However, historical data presented in sections I and II of this paper would indicate that both labor and management share culpability. These authors summarized union practices as of 1956 as follows (1958:184-5):

“1. In certain industries (e.g., one service industry firm and another in communications), the union plays quite a minor role in hiring and upgrading.

“2. The employers will not accept non-discrimination clauses in their labor contracts despite strong union insistence.

“3. Some of the employers the union deals with have indicated they will not accept nonwhite workers for certain jobs. In other cases, employers do not communicate such a restrictive policy but do not hire nonwhites if they are referred by the union.

“4. Relatively few non-whites with the required skills have applied, and although they would be welcomed on an equal basis in the labor organizations, it might still be difficult for them to be placed.

“5. Non-whites are often discouraged from getting the special training they need, or feel little incentive to do so, if in past years few nonwhites have been able to obtain employment in the given field and there has been no public indication that these employers are now practicing merit employment.”

Babow and Howden’s study confirmed the time-tested, common sense view that employers, not trade unions are the principal determinants in hiring, upgrading and termination of employees. Employers are aided in their efforts to seek personnel by private and public placement agencies. Private placement agencies depend heavily upon the whims of the employer. If an employer wishes to discriminate and conveys this information to the agency, the agency must also exercise discrimination or go under. The state Department of Employment and college placement services are up against the same wall.

Most employers claimed to have a non-discriminatory merit employment policy, but Babow and Howden found that the policy was “so vague, so lacking in formulation, implementation, or communication within the firm or to its labor sources, so much a matter of option to department or division chiefs, or so uneven in application to various job levels and categories, that the term ‘policy’ seemed almost devoid of meaning” (1958: 307). The “hire the best man possible for the job” policy was often contradicted by representatives of management within the interview. Many respondents revealed negative stereotyped views of minority persons, while seeming to ignore individual variations. Most of these negative remarks were aimed at Negroes, and Latin Americans (mainly Mexicans) and, to a lesser extent, against Orientals and Jews.

Salient reasons given by employers for not hiring minority persons were: acknowledged fears of customer or employee objections to their employment, the fact that department or division chiefs were free to discriminate in personnel practices, the absence of minority job applicants when suitable jobs were available, the lack of skills or experience on the part of minority applicants. These, coupled with the practices mentioned previously, effectively eliminate minority persons from the economically mobile jobs.

If a minority employee were hired, an invisible but very real ceiling would exist, above which he could not climb, according to the findings of these two authors. In sum, the studies of Stripp and Babow and Howden both indicate that those same processes which were operative at the national level are also present in the Bay Area to keep minority employees out of work or in the lowest socio-economic categories of employment.

Correlated highly with low income in the Target Areas of Oakland is the large number of persons dependent upon public assistance. Table X provides us with a view of the Oakland census tracts broken down by income level and total numbers of public assistance cases. Welfare categories included are: Old Age Assistance, Aid to the Blind, Aid to Families with Dependent Children (one parent absent or incapacitated), Aid to Families with Dependent Children (father unemployed), Children in Boarding Homes and Institutions, Aid to Disabled, Medical Assistance to the Aged, and General Assistance or County Aid.

Most of the categories of public assistance are designed for persons of ill health, the aged or infirm. Their presence in large proportions in the Target Areas is a further demonstration of the pitiable conditions of poverty spread over such a large extent of Oakland. Poverty is also correlated with the debilitating diseases such as tuberculosis and syphilis, to mention but two. Approximately 68 percent of the active tuberculosis cases and 75 percent of the syphilis cases are found in the Target Areas (DHR, 1964:5). 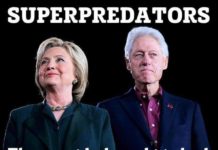