Veronica Blair has one of those superhero sounding names, and when you find out what her and her friends are into, it may be kind of fitting. Veronica is one of few Black circus artists that I know of in the Bay Area who takes it upon herself to organize events and push the knowledge of our people’s history of involvement in the art form. 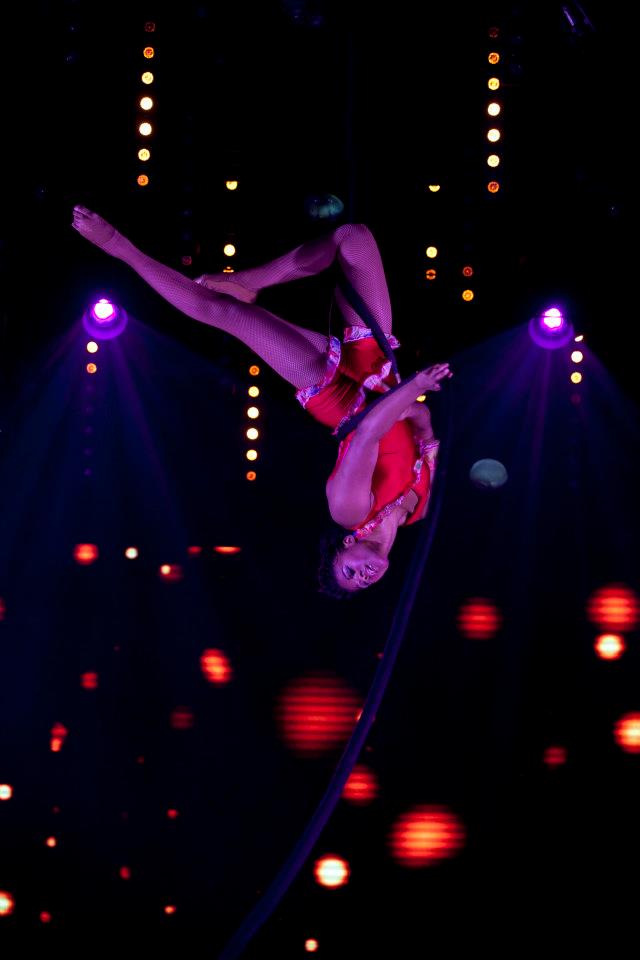 This beautiful aerial artist and recent producer and director of circus events is now putting together “PURPLE: a Circus Tribute to Prince” on May 3 at 7:30 p.m. at the Circus Center, 755 Frederick St. in San Francisco. It’s an annual benefit for the “Uncle Junior Project” documentary that she is working on.

This Prince tribute is a much anticipated follow-up to last year’s circus tribute to the legendary rap group OutKast. Check this internationally known and locally based talent as she talks about her upcoming event and recent travels.

M.O.I. JR: Can you tell the people about your newest production, “PURPLE: A Circus Tribute to Prince”? What inspired you to organize this?

Veronica Blair: First of all, “PURPLE” is the third annual benefit for “The Uncle Junior Project,” which is a documentary about African-American circus performers.

The Prince theme was chosen by the audience at last year’s OutKast tribute. We gave them a choice between Prince and the Rolling Stones.

The first benefit I produced was “Watch the Throne Cabaret.” It was a tribute to Jay-Z and Kanye West’s album. It started out as a joke, but turned out to be a lot of fun.

M.O.I. JR: For the people who don’t know, can you share with them how long you have been involved in the circus arts? What kind of performer are you?

Veronica Blair: I’ve been performing and teaching circus arts for 16 years now. The last few years I’ve been moving in the direction of producing and directing. I love to collaborate with others and the challenge of conveying an emotion or story through movement.

I would say that I’m always borrowing styles from different eras in entertainment. I absolutely adore the pageantry of traditional circus, but I’m also moved by the movements of more modern and contemporary style circus acts. I would describe myself as a very OPEN performer.

M.O.I. JR: You recently went on an international touring cruise with your art. How was that?

Veronica Blair: I worked for a German cruise line for seven months. It was an incredible experience.

M.O.I. JR: Where was the dopest place you went and why?

Veronica Blair: There were a few. I must say that visiting countries like Israel, Egypt, Jordan, Abu Dhabi and Oman changed my life. Like most Americans, I had no real perspective of Muslim people and what their culture was really like except for the images on television. 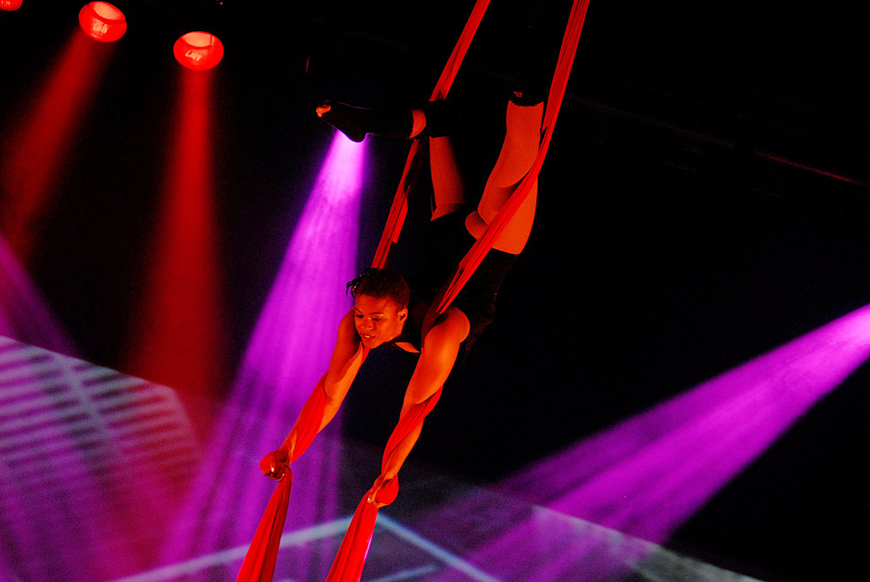 I feel so blessed that I got the opportunity to walk the streets of Port Said, Egypt, and talk to the locals, visit Jerusalem and form my own opinion about what religion means to me, and eat and talk with a young Emirian woman about why she choose to wear an abaya.

M.O.I. JR: What is going on with your documentary, “The Uncle Junior Project”? Who is Uncle Junior? When was he a performer?

Veronica Blair: The Uncle Junior Project (TUJP) wrapped up its first exhibition this past January at the African American Art and Culture Complex. “Entrapment to Entertainment: A Celebration of Blacks in the American Circus” gave visitors an opportunity to discover and honor the achievements of the many extraordinary individuals and groups in the African-American circus community.

The exhibition welcomed between 800 and 1,000 visitors, including circus veterans Vanessa Thomas-Smith, Bernice Collins, and Bill and Danise Payne. We truly enjoyed telling the stories of African-Americans in the American circus industry and educating the Bay Area and beyond about our rich history and contributions as a people.

I would also like to take a moment to acknowledge Supervisor for District 5 London Breed, Visual Arts Coordinator for AAACC Melorra Green, Deena Hashem, Ed Dahl. Thank you all for believing in my vision.

TUJP has recently received an invitation to present at the Worldwide Circus Summit in 2015.

We have filmed 20 interviews for TUJP and now we’re in the process of working with editors to have shorts available on the internet before the end of the year.

M.O.I. JR: You did a OutKast tribute and now a Prince Tribute; who’s next?

Veronica Blair: I’ll leave it up to this year’s audience to decide!

Veronica Blair: At the moment, I’m training on an apparatus called aerial straps, with the goal of competing in circus festivals in either China or Europe.

Veronica Blair: Go to www.VeronicaBlair.com and www.TheUncleJuniorProject.com. To purchase tickets for “PURPLE: A Circus Tribute to Prince!” visit www.PURPLESHOW.eventbrite.com. Tickets start at $10!