It seems like every time you look up, some new technology is here. First it was the internet, bringing us anything we could think of on demand; then we started getting music through it from sites like Napster, Lime Wire, then YouTube, Pandora, now the Black-owned music streaming provider Vaytus, owned by Aniefre Essien and Brandon Sledge-Mellon.

“Vaytus is a word that we made up from the words ‘elevate us.’ Music is powerful, and we believe good music elevates people,” says Aniefre about the unusual name. These brothas have a mission that is bigger than just filling their pockets. Check out Vaytus co-founder Aniefre Essien as he talks about his new, innovative company.

Aniefre: Vaytus was founded in 2012 after Brandon and I spent a year strategizing on how to build a business model that would work in this streaming age – one that paid artists fair rates for their music.

We founded Vaytus coming from two different angles. I was a frustrated Hip Hop head that couldn’t stand what was being pushed in the mainstream. It was a bunch of foolishness. Brandon was a former indie rapper, and once he saw all the stuff artists had to deal with – shady booking agents, wack venues etc. – he decided to move on with another career path.

But we both still loved music. So when we met at University of Michigan while working on our MBAs, we decided to team up and change the game. We knew Hip Hop wasn’t dead. Corporate media just was not taking care of it properly.

M.O.I. JR: What is your position with the company?

Aniefre: I am co-founder and co-CEO. Brandon and I decided to split things down the middle since we’ve both been working on this from Day 1. No egos, no power struggles. That way we can focus on the mission at hand: giving dope artists a great platform and giving listeners a dope music discovery and listening experience.

M.O.I. JR: What is the future of acquiring music from the internet going to be like considering the music industry is trying crack down on online pirating?

Aniefre: The future has been looking grim, but not from pirating. The grim outlook is coming from how the streaming world is being established. But it doesn’t have to be.

Folks have been trying to get artists to accept the fact that their music isn’t worth anything, and that’s BS. It might not be worth anything in your business model, but common sense tells you that music, not merchandise and the shows, just the music itself, is valuable.

So the future of acquiring music on the internet is definitely going to be based on streaming, but what kind of streaming services do we want to build? Vaytus is clearly one that we think gives listeners a high quality experience and respects artists and values their work. Vaytus rejects the notion that artists only get paid from selling T-shirts and doing shows.

M.O.I. JR: How does this technology work?

Aniefre: What we love about the player we’ve built is it combines human input and a predictive algorithm to make sure listeners get music that they will enjoy. When a listener opens the Vaytus player, they will select the genre they want to hear – we’re launching with only Hip Hop but will have other genres soon – then they’ll select one, or all, of the sub-genres they want to listen to, i.e. “Conscious” or “Hard Core.”

After that, the listener will select which region of the country they want to hear music from. This is the human element and it’s important. Technology can do a lot, but it can’t fully capture all that is contained within a song. So humans curate the music that is on Vaytus to make sure it’s appropriately categorized; then our listeners select what they want to hear based on their mood and curiosity at a particular moment.

After that, technology comes in. We use a predictive algorithm to offer six songs for the listener to choose their next track from. We wanted to accommodate for diverse personalities and, again, have human input instead of having our algorithm alone say here’s what you’re listening to next. Now, if you don’t want to choose and want to let the algorithm do all of the work, you have that option and you’ll still have an amazing listening experience.

M.O.I. JR: Who are some of the artists who will be featured on Vaytus?

Aniefre: We’re going to feature indie artists far and wide on the Vaytus platform. Of course the Bay Area legends like Pep Love and the rest of the Hiero crew will be on there, but there will be cats like Translee from Alabama, Don Will from Cincinnati, Mickey Factz from NY and the list goes on. Vaytus will be the best place to go to discover great indie Hip Hop.

M.O.I. JR: Will Vaytus stay a music provider or are y’all looking to venture off into event planning and promotion and other things?

Aniefre: Right now we’re just focused on being the best streaming platform for high quality indie music. We don’t want to be a jack of all trades and a master of none. But expanding into those areas makes sense in theory; we’ll have to see what’s up once we deliver the streaming service to Hip Hop, and the broader industry. This is what it desperately needs.

M.O.I. JR: What makes you different from the second biggest search engine, YouTube?

Aniefre: Convenience. YouTube is a dope search engine, but it’s not a streaming service. People get tired of searching for music, not if they’re going to like the next track or not. With Vaytus, you make your menu selections and you can sit back while the music you’ll love is just served up.

And I read an article where YouTube was considering kicking indie artists off of the platform. Whether that happens or not, Vaytus is focused 100 percent on indie artists, their fans and how to best serve the two.

M.O.I. JR: What is going on with your fundraising campaign?

Aniefre: As for our Kickstarter campaign, we decided to go to the people first, before we went to major investors because we wanted to keep Vaytus independent. To date, all of the capital used to build the Vaytus site has come from Brandon and I, plus a couple of close friends. We’re looking to raise $30,000 to cover all of the programming costs to get us to launch nationally.

Aniefre: Right now, people can go to Vaytus.com and register for an account prior to launch. They can also keep up with us by checking out our Facebook community: www.facebook.com/vaytusradio. Thanks, brother JR. 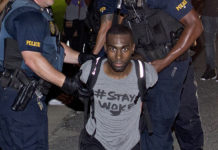