They elect the first African American president of the United States, and we still die. They say that we now live in a post-racial America, yet we still die.

When they seek justice, for their kind, we die.

When they stand their ground, we die.

When they claim to be protecting their Second Amendment right to the United States Constitution, we die.

When they enforce the law, we die.

When they think, we die.

When they get scared, we get dead.

When they chase us, we die.

When they protect and serve, we die.

Certain people in positions of power within this country often speak about the importance of peace and the rule of law. Yet when we peacefully protest, we die by the hands of the law. When we protest against their violence towards and against us, we die. When we vote, we die – and when we don’t vote, we still die!

Who are “we?” We are the poor and minority peoples of this country. The “have nots” within the land of the “haves.” We are Black and Latino and Native American and Asian and poor white. We are gay, lesbian, transgender and queer.

We are the “other” Americans, but we are Americans. But most importantly, we are all human beings.

It’s a historical truth: No matter what they say or do, we die!

Certain people in positions of power within this country often speak about the importance of peace and the rule of law. Yet when we peacefully protest, we die by the hands of the law.

Who are “they?” They are the powers that be, the status quo, the law enforcers and makers, the unjust criminal justice system which they own, run and control.

This is institutional racism and classism within America. This can no longer be business as usual, not in these times. As long as it stays the same and doesn’t change, we will continue to die.

Here in the “land of the free” where “we” are said to be equal. What kind of equality is this where only the poor and minorities get death by any reason?

What kind of equality is this where only the poor and minorities get death by any reason?

Kevin Cooper was wrongfully convicted of the 1983 murders of the Ryen family and houseguest. The case has a long history of police and prosecutorial misconduct, evidence tampering and numerous constitutional violations. In 2009, the United States Supreme Court upheld the Ninth Circuit Court’s denial of Kevin Cooper’s appeal. The Ninth Circuit Court was bitterly divided. An unprecedented 103-page dissent signed by five of judges warned that “the State of California may be about to execute an innocent man.” Currently, the lethal injection challenge prevents the state from immediately setting an execution date. But the state’s intent is to re-start executions in California – and to execute Kevin Cooper. Learn how you can help free Kevin at http://savekevincooper.org/. And send our brother some love and light: Kevin Cooper, C-65304, 4-EB-82, San Quentin State Prison, San Quentin CA 94974. 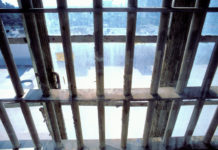