Supporters of Marissa Alexander in Jacksonville, across the U.S. and all around the world are overjoyed that she has been released from jail after serving three years behind bars for defending her life. In 2010, Alexander, a Black mother of three from Jacksonville, Florida, was forced to defend her life from a life-threatening attack by her estranged husband by firing a single warning shot that caused no injuries.

Supporters of Marissa Alexander in Jacksonville, across the U.S. and all around the world are overjoyed that she has been released from jail after serving three years behind bars for defending her life.

“We are thrilled that Marissa will finally be reunited with her children, her family and her community,” said Sumayya Coleman, co-lead of the Free Marissa Now Mobilization Campaign. “Today’s hearing revealed that Marissa intends to attend school to become a paralegal – and she is a wonderful mother to her children who urgently need her.

“Amazingly, the state continued its campaign of punishment by trying to add two more years of probation. Fortunately, they failed, and Marissa was released Jan. 27!

“Marissa and her family will need time to begin recovering from this arduous and traumatic experience. It’s been a long and painful journey and, though her release from jail is definitely a win – no 60 years – the journey of seeking ultimate freedom is not over.

“Marissa will be forced to be on strict home detention while being under surveillance for two years. This is by no means freedom in the sense we feel she deserves.

“Our next agenda is to seek full restoration for Marissa and her family, including the expunging of her so-called criminal record and a systemic transformation that prevents Black women and all survivors of domestic violence from experiencing the hostile and brutal treatment from policing, prosecution and prison systems that Marissa has endured.

“We will push for improved legislation and monitoring of systems that penalize victims of domestic violence who choose to save their lives by force. This is by no means a conclusion.”

Alexander will be forced to wear and pay for a surveillance ankle monitor and forbidden from leaving her home with the exception of attending work, church, her children’s school, and appointments with doctors or the court. This will effectively “prisonize” her home, as noted by journalist Maya Schenwar.

This practice of extending a prison culture of surveillance, punishment and confinement into people’s homes and communities has significantly increased in the U.S., creating what Professor Beth Richie has described as a “prison nation,” especially for Black women. Coercing probationers to pay for surveillance monitors is also part of the increasing privatization of punishment in the U.S.

Since 2012, the Free Marissa Now Mobilization Campaign has organized to free Alexander from the punishing experience of being prosecuted for self-defense. Supporters have organized in Jacksonville, across the United States in dozens of cities and around the world to demand Alexander’s freedom.

This practice of extending a prison culture of surveillance, punishment and confinement into people’s homes and communities has significantly increased in the U.S., creating what Professor Beth Richie has described as a “prison nation,” especially for Black women.

Aleta Alston Toure’, co-lead of Free Marissa Now, said: “For almost three years, this campaign has raised critical awareness about Alexander’s case, raised much needed donations for her legal defense fund, and raised a movement that takes a stand against mass incarceration and domestic violence. If this targeting of Marissa had unfolded behind closed doors and without powerful pushback from people who believe in justice, we believe she would still be in prison today. Organizing matters.”

Organizers are hosting a number of direct actions in support of Alexander’s freedom. In Jacksonville, a press conference was held on the Duval County Courthouse steps the day she was released. Blanketing the courthouse lawn was The Monument Quilt, 350 quilt squares containing stories from survivors of domestic violence and sexual assault in solidarity with Marissa Alexander.

The Chicago Alliance to Free Marissa Alexander led a recent major fundraising push that raised $11,000 to help Alexander cover the cost of her ankle monitor for the two-year period of home detention. They organized a Jan. 27 discussion about how to talk to children with imprisoned family members about incarceration.

The Free Marissa Now Bay Area collective also organized a caravan that traveled from Oakland, Calif., to Jacksonville, Fla., raising awareness about Alexander’s case in cities along the way. Details about all of these events can be found at freemarissanow.org. 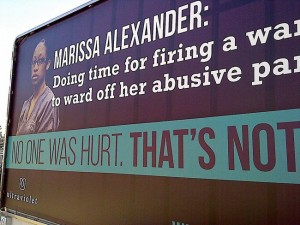 “It’s hard to summarize the incredible outpouring of rage, love and commitment to freedom that has arrived from all around the world in solidarity with Marissa Alexander,” said Alisa Bierria, also from Free Marissa Now. “Hundreds of people have donated, created art and media, and organized direct actions, letter writing sessions and teach-ins in Jacksonville, Chicago, Berkeley, Los Angeles, New York, Pittsburgh, D.C., New Orleans, St. Louis, Seattle, Denver, Miami, Canada, Australia and many other locations.

The dozens of projects that Marissa’s supporters have organized have been creative, brilliant and impactful. Together, we have not only helped to ensure Marissa’s release from prison, we have hopefully shown why we must keep addressing the connections between domestic violence, reproductive violence and state violence. We warmly thank and honor every person who has contributed to this historic freedom movement.”

Free Marissa Now notes that Alexander has asked supporters to use her case to bring more attention to women in similar circumstances, such as Tondalo Hall and Charmaine Pfender.

Organizers will publish a report about the Free Marissa Now Mobilization Campaign on their website, freemarissanow.org, in the coming weeks.

“It’s hard to summarize the incredible outpouring of rage, love and commitment to freedom that has arrived from all around the world in solidarity with Marissa Alexander,” said Alisa Bierria, also from Free Marissa Now. 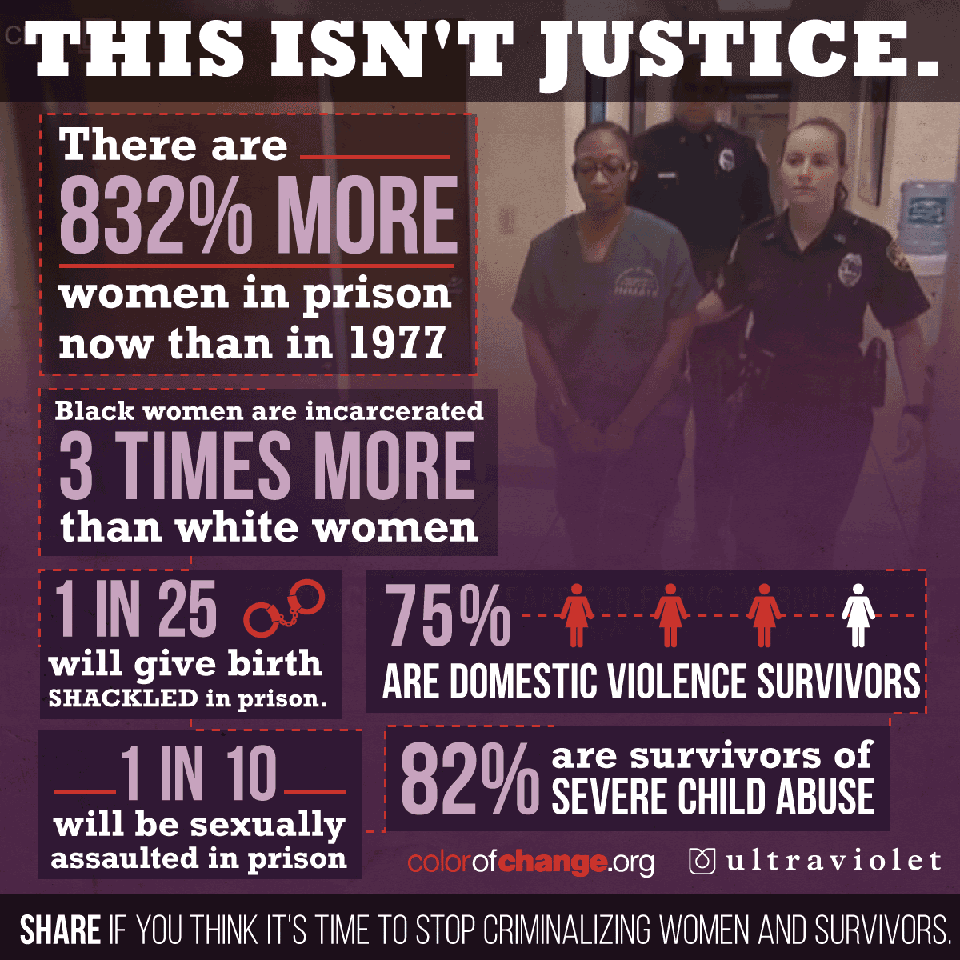