A six part historical fiction television series recently concluded its premiere over the Canadian Broadcasting Corp. (CBC) network. It is airing over Black Entertainment Television (BET) beginning on Feb. 16 at 8 p.m. – or watch Episode 1 below.

This dramatic representation is based on a novel of the same name by Lawrence Hill, an African Canadian writer, who took aspects of the actual history of enslaved Africans from the west coast of the continent on their journey to the Carolinas, New York, Novia Scotia, Canada and to Sierra Leone.

The series examines the brutality of the Atlantic Slave Trade of the 18th century and the nature of the system of human bondage and racism in the then British colonies in North America. The principal character, Aminata Diallo, played by Aunjanue Ellis, is captured at the age of 11 in Guinea and shipped off to the Southern colony in the 1750s.

During the course of the story, the nature of the slave system in starkly portrayed. Families are broken up, children are sold from their parents, women are harshly exploited and assaulted, while the knowledge and skills of the enslaved Africans are utilized to further enhance the profitability of plantation economy.

Families are broken up, children are sold from their parents, women are harshly exploited and assaulted, while the knowledge and skills of the enslaved Africans are utilized to further enhance the profitability of plantation economy.

Despite these horrors, the Africans continue to resist their enslavement. This is done through various forms of rebellion, from the slave ships to the plantations, where the rich landowners sought to dehumanize the Africans who were designated as property. 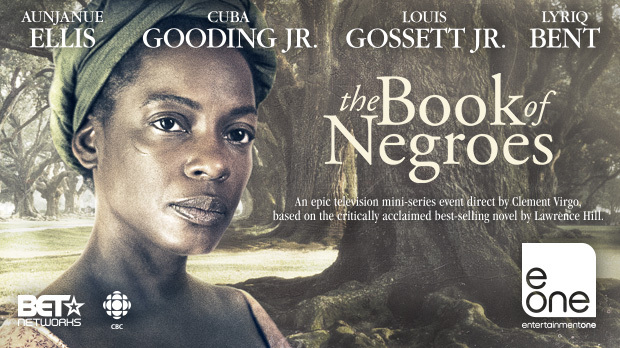 A different view of the ‘American Revolution’

One often hidden historical fact brought out in the novel and subsequent television series is that more Africans fought alongside the British during the colonial war than with the future rulers of the United States. The British promised emancipation to those slaves who joined their ranks after 1776.

Some historians, such as Gerald Horne, maintain that the motivation behind the independence movement among the colonists was to preserve slavery. During this period, a debate was developing in Britain over the abolition of slavery in England.

In his book entitled “The Counter-Revolution of 1776,” Horne re-emphasizes: “For European colonists, the major threat to security in North America was a foreign invasion combined with an insurrection of the enslaved. And as 1776 approached, London-imposed abolition throughout the colonies was a very real and threatening possibility – a possibility the founding fathers feared could bring the slave rebellions of Jamaica and Antigua to the 13 colonies. To forestall it, they went to war.”

Horne challenges the official narrative of the “War of Independence,” suggesting: “The so-called Revolutionary War was in large part a counter-revolution, a conservative movement that the founding fathers fought in order to preserve their liberty to enslave others – and which today takes the form of a racialized conservatism and a persistent racism targeting the descendants of the enslaved. ‘The Counter-Revolution of 1776’ drives us to a radical new understanding of the traditional heroic creation myth of the United States.”

“The so-called Revolutionary War was in large part a counter-revolution, a conservative movement that the founding fathers fought in order to preserve their liberty to enslave others. ‘The Counter-Revolution of 1776’ drives us to a radical new understanding of the traditional heroic creation myth of the United States.” – Gerald Horne

Hill places this history symbolized through the actual “Book of Negroes,” a document containing the names of Africans who were slated for freedom once the British monarchy won the war. However, they lost the war and later took thousands of former slaves to Nova Scotia, another colony, where they were met with extremely cold weather, near famine conditions and vicious racism.

In an interview with a British newspaper Hill recounts that he “used ‘The Book of Negroes’ as the title for my novel, in Canada, because it derives from a historical document of the same name kept by British naval officers at the tail end of the American Revolutionary War. It documents the 3,000 Blacks who had served the King in the war and were fleeing Manhattan for Canada in 1783.”

“The Book of Negroes” derives from a historical document of the same name kept by British naval officers listing the 3,000 Blacks who had served the King in the war. Unless you were in The Book of Negroes, you couldn’t escape to Canada.

He goes on further to say: “Unless you were in The Book of Negroes, you couldn’t escape to Canada. My character, an African woman named Aminata Diallo whose story is based on this history, has to get into the book before she gets out.”

From Novia Scotia back to Africa

After the war these Africans were taken by the British army to Nova Scotia in Canada, where slavery still existed. The harsh conditions in Nova Scotia are illustrated in the series.

Conditions are not conducive to agricultural production and the weather is colder than most had ever experienced. The whites in the colony are struggling themselves to survive and view the newly-arrived Africans as being in competition with them for jobs and other economic opportunities.

Louis Gossett Jr. plays an elderly minister who holds the African community together. He later accepts the British offer to repatriate thousands back to West Africa for the establishment of yet another colony for London.

Nonetheless, when they arrive in Sierra Leone the Atlantic Slave Trade is even more widespread than during the previous decades. They quickly realize that real safety and security cannot prevail in such an atmosphere.

The series ends with Aminata, the main character, intervening in the debate on the abolition of slavery in Britain leading to the outlawing of the Atlantic Slave Trade in 1806. During her period of enslavement in the Carolinas and New York, she acquires exceptional literary skills and works as a medical practitioner both on the plantation as well as on the battlefield during the war between Britain and the colonists.

This dramatization of such an important period in world history will shed light on the social development of the U.S. and Canada along with the role of racism and national oppression in shaping modern politics. With the mini-series being aired over both Canadian and U.S. television it will reach a broad audience compelling millions to alter their perspective on the character of bourgeois democracy from the 18th century to the present.