KCSM’s own Greg Bridges is one of the legendary Black broadcasters of the Bay, with the most radio-made voice you have ever heard. His knowledge of Jazz, rolodex of contacts, unique interview style and James Earl Jones-like presence on the mic has made him the premiere Jazz disc jockey in the region.

His show has been recently picked up to become syndicated nationally, which means now that he will be on hundreds of terrestrial radio stations around the nation on a regular basis. We sat down to talk to Greg Bridges about his career as well as being one of few Black broadcasters who are nationally syndicated, especially in the realm of Jazz radio. Check him out in this exclusive Q&A.

M.O.I. JR: How did you get into doing radio? When?

Greg Bridges: I’ve wanted to work in radio for as long as I can remember. I first got the opportunity when I was a student at San Jose State University in 1980. I met this cat and we got into a conversation about music.

It turned out that he was the Jazz program director for KSJS, San Jose State’s radio station. He told me that he liked my taste in music, felt that I was a bit knowledgeable about Jazz, and he liked my voice. He asked if I was interested in radio, and invited me to audition for KSJS. I passed the audition and was given an air shift, and I remained on the air there for two years.

Greg Bridges: Growing up in Oakland, there were four stations that I really wanted to work at: KDIA, KFOG, KRE and KJAZ. Eventually I got an internship at KJAZ and after some time worked my way on the air there. KJAZ was a primary choice for me because it gave me an opportunity to play some records that my father, Jazz drummer Oliver Johnson, is on.

M.O.I. JR: So far, what have been some of the major highlights of your career?

Greg Bridges: Man, I feel like I’ve had some great moments in my career: KJAZ sent me to Italy to report on the Umbria Jazz Festival. I got to go to Paris and reported from a couple of Jazz clubs there.

Highlights also include having the opportunity to meet and develop a friendship with premier vocalist Betty Carter; interviewing some of my heroes such as Herbie Hancock, Gil Scott-Heron, Ornette Coleman, Don Cherry; and meeting and developing friendships with some of the younger generation of musicians who were coming into national prominence as I was building my career.

Being honored with an award during the first Black Media Appreciation Night was a big highlight for me, and recently being selected by WFMT in Chicago as one of the hosts for a nationally syndicated Jazz show.

M.O.I. JR: In your opinion, who have some of your biggest interviews been?

As much as I’ve enjoyed interviewing the big name folks, I’ve also gotten pleasure from speaking with some of the musicians who were coming up in their careers as I was trying to get established in mine – folks like Joshua Redman, Benny Green, Michelle Rosewoman, Geri Allen, Nasheet Waits and others who have now become the major names in their fields.

M.O.I. JR: When did you get with KCSM? How long have you been with KCSM?

Greg Bridges: After KJAZ closed in 1995, about a year passed; then I received a call from Melanie Berzon, who was the program director of KCSM at the time. Melanie offered me a Friday morning air shift and I’ve been at KCSM ever since.

M.O.I. JR: What is the name of your show on KCSM? What genre of Jazz do you play?

Greg Bridges: One of the shows I host is The Jazz Oasis, a presentation of ballads and such. I also host and produce a show called All Out, which features the more progressive, avant garde element of Jazz. Both shows feature mainly acoustic music.

M.O.I. JR: How did your show end up becoming nationally syndicated?

Greg Bridges: Bob Parlocha, who I used to work with at KJAZ, worked and developed a Jazz show that became syndicated and distributed by WFMT to a large number of stations around the country. The show was broadcast for nearly 25 years before Bob passed away last March.

Although WFMT is still airing past broadcasts of Bob’s shows, they were interested in continuing Jazz programming with new hosts. After entering into a contract with KCSM to provide content, they selected Lee Thomas and myself to produce new Jazz programming.

M.O.I. JR: What is the significance of being nationally syndicated?

Greg Bridges: The major significance is that I’m now heard on nearly 200 other radio stations and numerous different markets around the country, which gives the show a local feel wherever folks are listening. Although with KCSM – and KPFA – already being streamed on the internet, I’m being heard in other parts of the world, but there are a lot of folks who don’t listen to radio on the internet, preferring the traditional method of terrestrial radio.

M.O.I. JR: When do you come on KCSM? When and where else can you be heard? 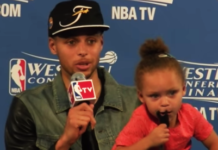