I have known filmmaker N’Jeri Eaton for about five years, ever since she was a student at UC Berkeley’s Journalism School and she asked to interview me about my views on the murder of Lovelle Mixon, who shot five Oakland police officers, killing four, before he was murdered in East Oakland. She has been a brave fixture on the indie media landscape in the Bay, helping to amplify the people’s voices against police terror, gentrification, social displacement and many other social and political ills that are pushed on us.

She hooked up with film cinematographer Mario Furloni to tell the story of the monthly “First Friday” festival in downtown Oakland in a documentary that includes the Oakland police murder of Alan Blueford on May 6, 2012, weeks before his high school graduation and the “First Friday” shooting in 2013 that claimed the life of victim Kiante Campbell.

M.O.I. JR: What inspired you to be a filmmaker?

NE: I feel like other than my parents – who did a wonderful job – I was also raised by media. I consumed so many television shows and films growing up, I recognized early the impact media can have, good or bad. And I also knew how rare it was to see stories about communities of color that were unique, nuanced and informative. So I love that by being a filmmaker, I get to make positive contributions to the media that people consume.

MF: Stories have always enthralled me, so I guess I knew from a young age that’s what I wanted to do. And movies are, I think, the most collaborative way to tell stories, and I find that really enticing. With this film, for example, there are dozens of people involved in making it, and what you see at the end is the sum of all these efforts, a really beautiful thing.

M.O.I. JR: What are some of your favorite films?

NE: For documentaries, some of my all time favorites include “Hoop Dreams,” “Harlan County USA,” “Grey Gardens” and “Manda Bala.” For fictional narratives, I love films that feature outsiders or loners like “Nights of Cabiria,” “The Apartment,” “The Jungle Book” and “Killer of Sheep.”

MF: That’s a hard one. The list just keeps growing. Some of my favorite docs include “The Devil Never Sleeps” from Bay Area filmmaker Lourdes Portillo, “News From a Private War” (Brazil), “Please Vote for Me” (China), just to name a few. 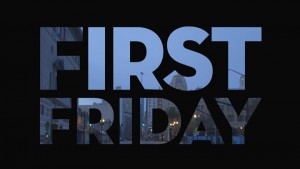 M.O.I. JR: What inspired you to do a film about First Friday? Why was the shooting at First Friday a big deal, when Oakland clocks around 100 murders a year?

NE: I woke up on the Saturday after the February First Friday in 2013. I read the 38th Notes blog post about the killing, one of the few sources of news about Kiante Campbell’s death at the time. And I was sad and yet unsurprised.

And I found my own reaction to be troubling: the lack of surprise. I knew that this would set off a firestorm for the mayor and city, so I thought that there might be a way to explore the aftermath of this shooting through covering the First Friday event. And then the very next day, I told Mario about this little kernel of an idea of a film and we were off!

The shooting was a big deal because of where it happened: in Uptown at a First Friday. This is an area and an event that the mayor considered the crowning jewel of Oakland. It was getting national attention. If Kiante Campbell was killed five blocks further towards East or West, no one would have known his name. And seeing how the city was scrambling to make the event “safer” was so frustrating because it had nothing to do with who was killed – but only where he was killed.

MF: Don’t have a lot to add here – I’d just say that when N’Jeri approached me to make the film, I was immediately drawn by the idea of getting to understand this fascinating city a little better. And making this movie did just that, not only through the people profiled in the project – such as a the iconic organizer and entrepreneur James Copes – but also the collaborators we found, like the incredible poet Michelle “Mush” Lee, who narrates the film.

M.O.I. JR: How did the shooting affect First Fridays?

NE: For that immediate March 2013 First Friday, they put a curfew of 9 p.m. Previously, the curfew was a couple of hours later and people just still kind of hung around on the street long after the vendors left. They shortened the length of First Friday.

At its peak, it was stretching from 27th Street all the way to 14th Street. They shortened it, and one of casualties was the blocks on 16th and 17th that were programmed by Black First Friday organizers and featured more Black vendors, artists and performers.

So, immediately, the demographics of who participated changed. And those changes still exist today. It wasn’t the shooting that affected First Friday; it was the increased role of the city and the KONO business district. After the shooting, they both became more involved.

The First Friday organizers, residents who volunteered countless hours for years, were no longer trusted to put on this massive event. In making it safer, it became controlled and sanitized. It still attracts a crowd, but it no longer has that same “exciting, anything can happen, we’re all a part of something” energy to it.

MF: The movie focuses on the First Friday immediately following the one where the fatal shooting happened, and the difference in mood was striking. There was something truly moving about the memorial aspect of that particular evening, but we could already sense that there was a push to make the event more organized and structured. Some of the original energy was inevitably lost in that change, and today First Friday certainly feels like a more mainstream event.

M.O.I. JR: Since the murder is the focus of the film, what would the film have been about if no one got shot?

NE: The murder isn’t the focus of the film but it weaves in and out of it. The other murder that is featured in the film is the fatal police shooting of Alan Blueford, who was killed days before his graduation from Castlemont High School. So this film isn’t just about violence within the community of Oakland but also violence inflicted upon it, either by police or the economic violence of gentrification, which the film also explores. 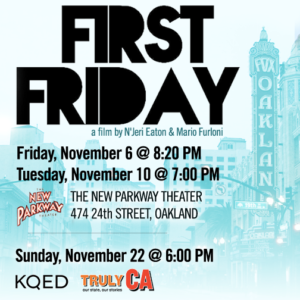 MF: Yes, from the start we decided that the focus of the film was not going to be on the shooting, but on how the community would deal with the crisis brought about by the shooting. We felt that this would allow us to explore larger topics – like economic violence, displacement, cultural change and so on.

M.O.I. JR: Can you tell us a little bit about Lovelle Mixon and the film you did five years ago about him?

NE: Five years ago, Lovelle Mixon was pulled over by police officers and a gunfight immediately ensued that left several officers and Mixon himself dead. At the time, the only thing being reported was that Mixon was an ex-felon who opened fire on the officers.

But there were conflicting stories from East Oakland residents who knew Mixon or who had experienced harassment by police officers in that neighborhood. When Black residents marched in support of Mixon, they were painted as unsympathetic monsters in the local and national news.

It was easy to see that the coverage of the story was heavily biased and that the perspective of the people of color of the community was either not being expressed or was outright mocked. It was one of the first longer pieces I did while in journalism school, and I’m really proud of the way it turned out.

It even won several awards, from a regional Emmy to an award from the Bay Area Black Journalists Association. But, most importantly, I got feedback from the community that I got the story right.

NE: I’m going to take a break from filmmaker for a bit. My new focus is on how to give other filmmakers of color an opportunity to tell stories about their own communities. Just like with the work that you do, it is crucial to empower people to tell the stories about their communities. Otherwise, some voices and perspectives are never heard. I already get to do this with my day job, but I’m researching and planning new ways to amplify my efforts.

MF: I work mainly as a cinematographer for documentaries, and a couple of projects I’ve worked on are coming out in the next few months, including a film about the change in California’s three-strikes law called “The Return.”