BlockReportRadio.com interviews imprisoned human rights leader Sitawa Jamaa’s sister Marie Levin about the settlement that has been reached in the Ashker v. Brown case. We also discuss the campaign to end the guards torturing the prisoners in California as retribution for the mass participation of prisoners in the legendary California Prison Hunger Strikes, demanding to be treated as human beings while being held in captivity.

People in solitary confinement have been loudly awakened by guards every 30 minutes around the clock since the night of Aug. 2, for more than four months! These every-30-minute so-called “security or welfare or wellness checks” are happening in the Pelican Bay Security Housing Unit (SHU) and other solitary confinement units in California prisons.

Prisoners’ lawyers and supporters have been protesting since the checks began 137 days ago – so far to no avail. All who care must take action. Suggestions are listed below in the section headed “What you can do.”

CDCR claims these checks are to improve mental health care and prevent suicides. Instead, this cruel sleep deprivation, day and night, is causing serious psychological and physical harm.

CDCR claims these checks are to improve mental health care and prevent suicides. Instead, this cruel sleep deprivation, day and night, is causing serious psychological and physical harm.

At the time the checks began, at 10 p.m. on Aug. 2, settlement of the landmark Ashker case to severely restrict solitary confinement was being finalized. It became public Sept. 1.

The other period that such checks occurred was in late May and June of 2013, shortly before the last hunger strike began on July 8 that 30,000 California prisoners participated in, making it the largest in world history. Prisoners in the Pelican Bay SHU told a visitor that the guards were making loud checks, waking them up every 30 minutes. “I think they are trying to break us before the hunger strike,” she was told.

On Oct. 28, lawyers for prisoners in the class action case Ashker v. Brown submitted a letter condemning Pelican Bay prison guards’ “wellness checks,” which have widely been viewed as sleep deprivation. The letter was submitted to United States Magistrate Judge Nandor Vadas and calls on the California Department of Corrections and Rehabilitation (CDCR) to put an end to the checks.

The guards at Pelican Bay Security Housing Units have been conducting disruptive cell checks every 30 minutes around the clock for three months, causing prisoners widespread sleep disruption. The process is loud and, according to prisoners, “the method and noise from the checks is torture.”

Attorneys representing Pelican Bay SHU prisoners have completed extensive interviews with prisoners who demand that “the every 30-minute checks have to be stopped or people are going to get sick or worse.” In addition, they report that regular prison programs have been negatively impacted. The comprehensive report by attorneys Anne Weills and Carol Strickman is available here.

“To sleep is a fundamental human right,” said Weills, a member of the prisoners’ legal team and one of the attorneys who conducted the interviews with prisoners in Pelican Bay. “To take away such a basic human right amounts to severe torture, adding to the already torturous conditions of being in solitary confinement.”

Most prisoners report low energy, exhaustion and fatigue. Most state that they have trouble concentrating. They try to read, but they nod off and/or can’t remember what they have read. Their writing is much slower – “I can’t think to write,” they say – and describe the constant welfare checks as having a negative impact on their mental state.

“To sleep is a fundamental human right,” said Weills. “To take away such a basic human right amounts to severe torture, adding to the already torturous conditions of being in solitary confinement.”

While the attorney survey was specifically focusing on sleep deprivation and its effects, prisoners volunteered information about the negative impact of these frequent checks: yard policy and practice has reduced access to recreation, access to showers has been reduced, programs and meals are being delayed, and property for those newly transferred to Pelican Bay is still being delayed and withheld.

Sleep deprivation constitutes cruel and unusual punishment. Prisoners and their attorneys are demanding that these checks be halted.

The foregoing section was written by Mohamed Shehk for the Prisoner Hunger Strike Solidarity Coalition.

Participants noted that opening and closing the doors to the pods is very noisy and they received many complaints from the prisoners whom they spoke to briefly. CDCR is working with the vendor of the doors on a potential redesign, but no time frame has been offered and whether this is a feasible option is unknown.

On Dec. 2, 2015, there was an inspection tour of the Pelican Bay SHU to witness the 30-minute cell checks. The inspection was arranged at the request of the Special Master in the Coleman case. Present on the tour were Greg Hull, representing the prisoners’ litigation team in the Ashker case; Prison Law Office attorney Steve Fama, representing the prisoners’ litigation team in the Coleman case; opposing counsel in both cases; Magistrate Nandor Vadas, the Ashker settlement monitor; a representative from the Special Master’s office; and Lindsay Hayes, the suicide expert retained by the Special Master, as well as CDCR personnel. The participants followed and observed correctional officers during three shifts while they conducted the 30-minute checks.

The correctional officers go to every cell and register their presence using the Guard One mechanism; however, their time spent at each cell is so brief that it has no apparent benefit.

CDCR is required to submit a noise abatement in the Coleman case on Dec. 18, and there will be further discussions among the Coleman parties on Dec. 21. On Dec. 28, plaintiffs’ attorneys in the Ashker case will bring the issue before Magistrate Vadas at a monitoring meeting.

The foregoing update was written by attorney Carol Strickman.

Nov. 3, 2015 – As the Jail and Prison Health Committee of the American Public Health Association, we have become aware of an issue of sleep deprivation at the California Pelican Bay State Prison Security Housing Unit (SHU). We feel compelled to weigh in. Our understanding of the situation is as follows:

On Aug. 3, 2015, the California Department of Corrections and Rehabilitation set up around-the-clock suicide prevention checks to take place every 30 minutes for all prisoners in California isolation cells across the state prison system. Prior to this change, there were three checks per night at Pelican Bay within a seven-and-a-half-hour period, approximately 10 p.m., 1:30 a.m. and 5:30 a.m.

Now there are 16 checks. Because of the unique architecture of Pelican Bay’s SHU, the new practice has produced damaging health consequences for the prisoners. The checks result in a loud, disruptive, near constant, checking process 24 hours a day. The sounds include banging locks and chains, screeching heavy doors opening and slamming shut, keys jangling, and guards tramping up and down metal stairs.

As expected, there has been an outcry from prisoners, who report major sleep disruption. In a recent survey of 13 prisoners, all but one reported low energy, exhaustion and fatigue.

They described irritability, crankiness, moodiness, being “on edge,” feeling depressed, experiencing heavy anxiety and agitation, being less social, feeling frustrated and annoyed, being “quick to anger” and “stressed.” One man, who at age 31 has spent six years in segregated housing, said, “This is the worst I have ever felt since being in SHU.”

The SHU suicide prevention policy requires correctional officers to spend substantial day and night hours walking and checking the units they are responsible for. Consequently, in addition to the disruptions at night, there are reports of reductions of yard time and showers, slower mail and laundry, and curtailment of educational opportunities.

While we understand and strongly support the intention to protect prisoners from suicide, we express our concerns:

Send emails to stop the every-30-minute checks: This link will help you easily send an email to Gov. Brown and the Assembly and Senate Public Safety Committees to stop the so-called security and welfare checks.

Suggested script for calls: Begin with your name and what city and state you live in.

Then tell all of them: “Stop the 30 minute welfare checks in the SHU at Pelican Bay State Prison. Sleep deprivation is torture.”

For more information on how to oppose the checks, call 510-426-5322, email phssreachingout@gmail.com and visit prisonerhungerstrikesolidarity.wordpress.com and Prisoner Hunger Strike Solidarity on Facebook. 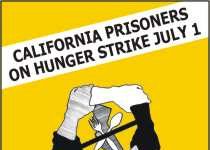