In light of revelations that a second group of San Francisco police officers exchanged racist and homophobic text messages, my office will begin a full review of past cases that may have been tainted by these officers. I am also calling for an independent investigation into when the police chief and district attorney learned of the text messages.

Every person in San Francisco deserves equal justice. It does them a grave disservice to dismiss every hateful act as an isolated incident. The police department must address the culture that lets racism fester in its ranks.

Later that day, Adachi sent the attached letter to District Attorney George Gascón on the topic, “Investigation of Texts from SFPD Members”: 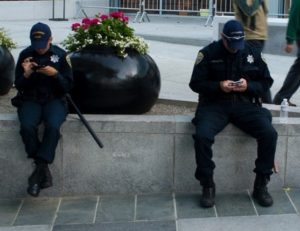 It has recently been reported that five members of the San Francisco police department engaged in texts that may violate department policy and evidence bigotry against African-Americans and members of the LGBT community. We hereby request that any evidence of texts that may violate department policy or may otherwise be relevant in assessing the credibility, honesty and explicit and implicit biases of the police officers involved be provided immediately.

These alleged acts of misconduct have great ramifications. My office has handled matters in which the officers involved arrested, signed statements of probable cause, testified in court or provided documentary evidence in support of the prosecution’s case. I believe there are other cases in which your office secured guilty pleas based on testimony and sworn statements provided by these officers.

In order to evaluate what, if any, legal remedies are available to those individuals whose cases may have been compromised by the officers’ alleged actions, I am requesting the following information be provided to my office:

Please let me know as soon as possible when these items will be provided. I thank you in advance for your cooperation in assisting my office in identifying and reviewing cases that may have been compromised by the alleged police bias/misconduct in order to ensure that the proper legal remedy is obtained.

A copy of this letter was sent to SFPD Chief Greg Suhr. Public Defender Jeff Adachi can be reached at jeff.adachi@sfgov.org.

At the full Board of Supervisors meeting April 5, Supervisor Malia Cohen and Board President London Breed issued the following joint statement regarding the recently revealed racist and homophobic text messages sent by a new group of San Francisco police officers.

It has barely been a year since the last time we issued a joint statement about racist and homophobic text messages exchanged by SFPD officers. In that time, we’ve witnessed the tragic shooting of Mario Woods; the launch of multiple investigations; our community gripped by protests and pain; and – in a maddening twist – officers from the last texting scandal back on duty in SFPD uniforms.

When is enough, enough? We talk about implicit bias training, yet time and again are confronted with explicit bias by those who are sworn to protect the community. This behavior cannot be tolerated without consequence; the City must rededicate itself to police reform.

This behavior cannot be tolerated without consequence; the City must rededicate itself to police reform.

As Supervisors, we have written June’s ballot measure to require independent investigations of all officer involved shootings. We pushed for and helped fund body cameras for every officer. We called for the federal investigation into Mario Woods’ shooting. And we led the effort to stop the proposed $300 million jail.

But there is clearly more work to do. We need more diversity and bias training, culturally competent community relations, data collection, independent investigations, accountability and transparency. And as we recruit more officers, it’s imperative we continue to fight for increased diversity on the force.

We urge the Police Commission and chief to seek the fullest possible disciplinary action for the officers involved in this recent action, and we will work with the mayor, the department and community stakeholders to create an action plan to prevent these incidents from ever happening again.

I am outraged and disappointed to learn of yet another incident where sworn San Francisco police officers are involved in ignorant and hate-filled speech. These statements display a discrimination that is incompatible with the values of San Francisco and with the ability of a police officer to perform his or her sworn duties.

Today, I met with the Police Department’s Police Employee Groups to share my concerns and asked them to work with me and President London Breed and Supervisor Malia Cohen to create an action plan to address these issues in addition to our ongoing justice reforms that include implicit bias training for all officers, commitment to diversity in hiring and promotions, independent evaluation and increased transparency.

These statements display a discrimination that is incompatible with the values of San Francisco and with the ability of a police officer to perform his or her sworn duties.

San Francisco is a city that embraces and celebrates diversity. I have zero tolerance for anything less, and I want every member of the Police Department to know that this type of behavior will never be allowed. I applaud Chief Suhr and the Police Commission for taking the decisive action necessary when they learned of these incidents, resulting in the separation of two of the involved officers and seeking termination for two more and for their commitment to ongoing reforms at the Police Department.

San Francisco police officers have committed their lives to public safety and serving our communities, and we will ensure they work in an environment free of discrimination and intolerance.

Mayor Ed Lee can be reached at mayoredwinlee@sfgov.org.