Luis Valenzuela Rodriguez left this mortal world on Thursday April 14, 2016, at 7:28 p.m., surrounded by his family and friends. He was 60 years old. Songs and prayers were offered to honor him from the four directions.

Luis was innocent. He fought with determination to prove his innocence for 37 years. Lies were told about him; in the media, in the courtroom. Many let him down and betrayed him, but many more loved him and stood by him. Despite the great injustice that befell him and despite all the indignities he was subjected to in prison, Luis woke up every morning with a prayer of gratitude, thanking the creator for another day on earth, even if it meant it would be spent behind bars. His spirit was never broken. His sovereignty never compromised. He walked his path with dignity. Always.

Luis was no angel. He had his faults … he was human. But he was a good man. He was intense but fair in his dealings with others. He was a man of his word. He shared what little he had with those who had less. He gave guidance and encouragement to many. He counseled the young, hoping to change their perspective on life so that they would never have to return to prison. (You know who you are.)

Luis was a loving husband, father, grandfather, great grandfather, son and brother. His physical body was not home with us, but he was ever present in our lives. He was more of a father, of a husband, than many men out there who get to go home to their families every night.

Luis was Apache-Mestizo. He was a warrior. His medicine was powerful. He died in prison, then came back to life, then woke up from a coma and rose in his hospital bed to dance to the beat of his daughter’s drum.

Who does that? Luis Valenzuela Rodriguez. That’s who! Luis chose his passing. He gathered us around him to say goodbye and see him out on his journey. He obliterated the prison from his hospital room and from his life and he passed to the spirit world a free man. We are proud to call Luis our husband, father, grandfather, great-grandfather, son, brother, cousin and friend.

Luis V. Rodriguez was raised in an atmosphere of political and social involvement. As a youngster, he lived in Los Angeles for a period of time with a group known as the Brown Berets, a Chicano-Native American militant organization, which formed against racism and other social injustices.

Luis grew up in the times of the Vietnam War and its consequent demonstrations which resulted in the Watts Rebellion and the 1970 Whittier Boulevard Rebellion after the police killed political activist and journalist, Ruben Salazar. Rodriguez was a part of that rebellion.

Luis’s politically active father and his contact with the Brown Berets helped Luis to place these events into proper perspective and to bring about his political and social awareness. He also interacted with the League of United Latin Americans (LULAC), the G.I. Forum and other sociopolitical organizations.

Rodriguez worked diligently to help himself and others. At age 17, he started Aztlan, a Chicano-Native American news magazine, which focused on politics, history, culture and ethnic awareness. He was editor-in-chief, artist and headed a small staff of other youths.

He was a counselor at a program for offenders and ex-offenders in Sacramento, a counselor in Los Angeles at the Ayudate program, and a counselors’ aide at the California Youth Authority Perkins Reception Center. His goal was to become a California Youth Authority counselor, a parole or probation officer, or an attorney, in order to help young people. Until his erroneous conviction in 1981 for two homicides, he had never been convicted of a felony (People v. Rodriguez, 1991).

In prison, Luis faced revenge and retaliation every day

A sad and tragic life of imprisonment befell Luis Rodriguez every day while inside. They did it all to him over a span of long years until his health broke down and he couldn’t walk anymore. They wouldn’t give him a walking cane nor wheelchair.

They had him at Pelican Bay when it first opened then moved him to Mule Creek when a plot at PB was discovered of guards wanting him eliminated because of a pending lawsuit and investigation by the FBI, reported by the Sacramento Bee newspaper.

He was under constant threat by the guards since they claimed he was responsible for death of two California Hightway Patrol officers, and the guards constantly sought revenge and retaliation every day against him.

Bato Talamantez, a former political prisoner, can be reached at batowato@gmail.com. The initial statement above was given to Sacramento Prisoner Support by Luis Rodriguez’s family. Following the statement is Luis’s bio from the National Jericho Movement, which recognized him as a political prisoner. The Bay View thanks Petey from Sacramento for compiling it. 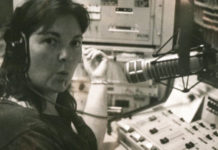