A disgusting underage sex scandal involving Bay Area police officers has caused embarrassment to the entire Bay Area police force! Local media has twisted the story of a young woman whose street name is Celeste Guap as a means to criminalize her and uplift the animals who sexually and maliciously abused her. Children who have been taken advantage of sexually at the hands of an adult are all victims and need to be treated as such!

This ongoing scandal has caused the community to lose respect and trust for the work and prestige of these officers. The same officers assigned to protect and serve participated in sexually abusive behavior. This monstrous behavior not only denounces the positive work of these officers but also degrades the entire Bay Area police force.

The officers involved in this sort of behavior lack dignity and have disgraced our community by failing to protect our children! By taking advantage of Celeste, these officers have stripped her youthful body of its innocence. Police officers who commit these sort of crimes, utilizing violence and intimidation to control the lives of their victims, have no place on the police force and should be stripped of their badges!

In hopes of getting people to understand the mind and psyche of a sexually abused minor, I took a moment to speak with child psychologist Phyllis Haugabook. Phyllis is a therapist who has worked with sexually, mentally and physically abused children for over 17 years.

Many of the children she has worked with have been victims of sex trafficking, prostitution, abuse and molestation. Listen to what she has to say about the effect sexual abuse has on the psyche of the child and why so many sexually abused children often protect their abusers.

Children who have been taken advantage of sexually at the hands of an adult are all victims and need to be treated as such!

Apollonia: Tell me about your experience working with children who have been molested and victims of sexual abuse at the hands of adults.

Phyllis: I’ve been a licensed family therapist for 17 years. I started working with children in group homes prior to and after receiving my BS in psychology. I then received my MA in marriage family therapy and counseling.

I started working in group homes for about seven years prior to that. I worked with children who have been abused sexually, mentally and physically. During this time, I built relationships with these children; many of them didn’t have families.

These kids who I counsel many times come from group homes and are already very emotionally disturbed. Being a Black therapist, I often dealt with the Black and minority children due to the lack of minority therapists in this field.

Apollonia: What is your perspective on children and families of abused children?

Phyllis: From a clinical perspective, it is important to note that many of the parents of these children who are molested don’t know themselves that the child is being sexually abused. As a therapist, I can’t break confidentiality.

If a child opens up to me about being sexually molested in one of our sessions, I am court appointed to report any abuse; however, I am unable to share this information with the child’s parent. I have to work with the family and figure out a way for the child or teen to bring this horrific information out into the open. A lot of times it is not a stranger; a lot of times it is a family member.

Each time, it is a person who has mastered manipulating the child and stealing their innocence. A lot of times, it is the parent themselves – or a grandparent, an uncle or a neighbor. So it’s very difficult for the abused child to talk about this because their abuser is well known to them. Often times the family knows this person or they are a member of their inner circle.

Apollonia: Can you discuss why children who have been sexually molested often go back on their story in order to protect their abuser?

Phyllis: Often times it depends on the reaction of the family. If the family is supportive and is willing to protect the child, then there are steps to be taken in order to get the abuser prosecuted. However, it is not always a slam dunk because what I have witnessed many times in my profession is that many sexually abused children will recant their stories, even lie to protect their abuser.

They’ll say the abuse never happened. Many of the children have been manipulated to believe that it’s their fault or that the abuser is helping them in some way. The perpetrator has convinced the child that they are at fault, or they frighten the child with threats of killing them and their family; so the child changes their story.

This happens a lot of times, so it makes it difficult for the abused child to become healed. Once the child recants the story, the family and the community are looking at the child like they are lying.

What I have witnessed many times in my profession is that many sexually abused children will recant their stories, even lie to protect their abuser.

When kids get molested, they have to go through a sexually abused trauma interview and the family doesn’t have any control over the interview. So when the child recants their story, the family often stops being supportive.

And I want people to know that this is a time when the child needs the most support from their family. Tell the child that they are not at fault and will be safe from any harm again, then take the necessary steps to ensure the child stays safe and the perpetrator is prosecuted.

The perpetrator has convinced the child that they are at fault, or they frighten the child with threats of killing them and their family; so the child changes their story.

Apollonia: The young woman at the center of this Bay Area police sex scandal has been recanting her story and protecting these officers who committed these crimes against her as a youth. Can you describe the psyche of an abused child and the importance of them having a support system once they come out about the abuse?

Phyllis: I believe it depends on how people and the community actually respond to the victim. Many victims feel re-victimized because people don’t believe them, and they become treated as if they are liars. Then the victim begins to keep their secret for years and won’t reveal it to anybody. 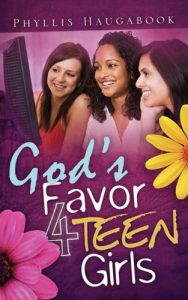 I know a lot of young victims who have kept secrets of sexual abuse hidden for years because the person who abused them is a well-known figure in the community. The victims often feel terrorized and feel if they come out with this information that they won’t have the support and protection from being abused again.

Families often don’t understand the psyche of an abused child; many suffer from depression and anxiety. A lot of times people don’t believe the victim; they say that she wanted this to happen or that it is her fault in some way.

I know a lot of young victims who have kept secrets of sexual abuse hidden for years because the person who abused them is a well-known figure in the community.

If the victim is an older teen or a prostitute is irrelevant! What is relevant is how people respond to the person who is coming forth and the support they receive from their family and the community. Helping the victim obtain counseling is so important, so they can understand that there is a support system in place for them.

These abused women often don’t receive counseling and they are forced to live with these deep dark secrets for years. They feel broken and it’s hard for them to trust the police, social services or the judicial system – especially if the people abusing them are people of power.

Apollonia: Phyllis Haugabook MFT is also the author of the book titled “God’s Favor 4 Teen Girls,” which is a spiritual and therapeutic guide to help young teen girls overcome life’s obstacles and can be purchased online.