July 6 marked a brief break in the TV coverage of wholesale slaughter and torture of Black people by law enforcement in the United States. In response to the recent police executions of Alton Sterling and Phil Castile earlier in the week, reportedly Micah Xavier Johnson, a 25-year-old Black Afghanistan war vet, shot 11 officers, killing five, at a Black Lives Matter rally in Dallas, Texas, near where President John Kennedy was assassinated in ‘63. In fact, the wounded officers even reportedly went to the same hospital that Kennedy’s body was taken to when he was assassinated.

What aren’t they telling us and what is suspicious about these facts?

1) Remember that since the Oscar Grant police execution on New Year’s in 2009, police have been getting caught monthly on camera killing and brutalizing Black people across the country. Some of the most notable incidents caught on film over the last decade have been Walter Scott, a 50-year-old Black motorist who was shot in the back by an officer in North Charleston, South Carolina, after being pulled over for a non-functioning brake light, and Marlene Pinnock, a 51-year-old great grandmother who was homeless and beaten on a Santa Monica freeway by a Highway Patrol officer who mounted her.

International peace activist Cynthia McKinney brought a very important point to me recently when she asked me to think about the fact that every time Black people reach a moral high ground over the police, something tragic happens to the police. It drives home the subliminal point that other ethnicities should be sympathetic to police who are paid to control these Black animals, who, untrained or barely trained and armed, can kill multiple elite, trained officers. Consider the cases of Larry Davis in New York, Lovelle Mixon in Oakland and now Micah Johnson in Dallas. This is my paraphrase from our conversation and not her actual words. As a seasoned journalist, the “psy-op” (psychological operation) that the mainstream and alternative white media is running is to me very obvious and apparent.

International peace activist Cynthia McKinney brought a very important point to me recently when she asked me to think about the fact that every time Black people reach a moral high ground over the police, something tragic happens to the police.

2) How about the fact that the state of Texas, including the city of Dallas, is run by oil men like the Bush dynasty’s two U.S. presidents, who live within the state, and their benefactors and allies, as well as the CIA. Remember the name of Houston’s NFL football team is the Oilers. Remember JFK was assassinated there and the only person of interest was Lee Harvey Oswald, who was also a U.S. government intelligence agent, later killed after claiming publicly that he was a “patsy.” Kennedy’s assassination was a very successful intelligence psy-op, and some would even call it a coup d’état of the U.S. government by the intelligence community.

Also remember George “Poppy” Bush became the head of the CIA in the mid ‘70s under U.S. President Gerald Ford, which also means that he was associated with it for at least a decade before. Bush Sr. and his wife ran Zapata Offshore oil company from Houston. It is suspected by many researchers and biographers who are experts on the assassination that he played a major part in the death of JFK, who was executed with no one serving any jail time. From a law enforcement perspective, where is there a better city to do this in?

3) This is the first time in U.S. history national media has reported law enforcement employing a robot-delivered bomb to kill a sniper. The mayor of Dallas astonishingly beamed with pride and said that that was the right tactical move for the local police to make. And because Dallas Police Chief David Brown is Black, the racism behind this tactical decision and the precedent that it set is not being intensely debated in the mainstream media or white alternative media.

The public needs to consider that Black people are not the only people the government is going to bomb with robots, if or once this violation of human rights becomes socially accepted behavior by law enforcement. I must acknowledge the MOVE bombing in 1985, where the police tossed a bomb from a helicopter onto the roof of the MOVE family home, killing 11 people and burning down over 60 houses surrounding it.

4) Another interesting piece to this case is how it is trying to link Public Enemy’s Minister of Information Professor Griff to the sniper because of a photo from one of Griff’s national speaking tours. How many celebrities do background checks on people who want to take photos with them at public events in which they are promoting themselves or their product?

USA Today, The NY Daily News and The Dallas Morning News have kept Griff’s name front and center, attempting to link Micah Johnson to what they are calling “radical Afrocentricism” to justify the new round of COINTELPRO that is killing Black activists and artists. If you don’t know what I’m talking about, just think Prince, Michael Jackson, Tupac Shakur, Malcolm Shabazz, Bunchy Carter, George Jackson, Paul Robeson, Berta Caceres, Malcolm X, Martin Luther King and Bob Marley, who mistakenly befriended the son of William Colby, the former director of the CIA.

USA Today, The NY Daily News and The Dallas Morning News have kept Griff’s name front and center, attempting to link Micah Johnson to what they are calling “radical Afrocentricism” to justify the new round of COINTELPRO that is killing Black activists and artists.

5) Why is the fact that Micah Johnson was an Afghanistan war vet not getting much play? Because by playing that up, you could possibly instigate another anti-war movement like what the country saw during Vietnam that would affect arm sales and troop numbers in Afghanistan, needed to guard the opium poppies that are manufactured into drugs like heroin, opium and their byproducts like codeine and promethazine, otherwise known as lean in ‘hoods nationwide. The elite running the country are not going to let this small massacre of police affect the billions that are made annually through arms, technology, drug sales and war.

6) When did Micah Johnson deliver the monologue saying he didn’t like white people and white cops? Wasn’t everybody he killed in uniform? If he was out to kill white people, why didn’t he kill any civilians? If he did, why aren’t they in the media? Remember when they said there were numerous shooters from numerous positions; how did he do that? It makes him look like what Hillary Clinton refers to when she talks about young Black “super-predators.”

7) Why does the media keep showing Micah Johnson in a dashiki with his fist up? I want to see the war vet in his U.S. military “kill the Afghanis” uniform saluting, doing what Amerikkka trained him to do.

I just wanted to give people a few things to think about while watching this anti-Black media bombardment against a man and a community they are trying to make the face of “domestic terrorism.” See y’all at the Nat Turner movie coming out at the end of the summer. Let’s hope that that’s not watered down. In the prophetic words of Tupac Shakur, “Ain’t no peace ‘til we get a piece.” 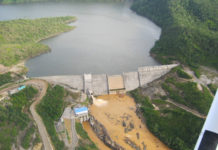 ¡Berta lives! The life and legacy of Berta Cáceres