Lots of people are up in arms asserting you are unpatriotic if you refuse to stand for “The Star Spangled Banner.” We see this playing out with Colin Kaepernick. People like to romanticize about how it’s an expression of pride for this beloved country.

How many of y’all patriots know we only sing one verse to that song? The verse we sing is as follows:

Say can you see, by the dawn’s early light,
What so proudly we hail’d at the twilight’s last gleaming,
Whose broad stripes and bright stars through the perilous fight
O’er the ramparts we watch’d were so gallantly streaming?
And the rocket’s red glare, the bombs bursting in air,
Gave proof through the night that our flag was still there,
say does that star-spangled banner yet wave
O’er the land of the free and the home of the brave?

How many of y’all know the other verses are about hunting down slaves?

In the shore dimly seen through the mists of the deep
Where the foe’s haughty host in dread silence reposes,
What is that which the breeze, o’er the towering steep,
As it fitfully blows, half conceals, half discloses?
Now it catches the gleam of the morning’s first beam,
In full glory reflected now shines in the stream,
‘Tis the star-spangled banner—O long may it wave
O’er the land of the free and the home of the brave!

And where is that band who so vauntingly swore,
That the havoc of war and the battle’s confusion
A home and a Country should leave us no more?
Their blood has wash’d out their foul footstep’s pollution.
No refuge could save the hireling and slave
From the terror of flight or the gloom of the grave,
And the star-spangled banner in triumph doth wave
O’er the land of the free and the home of the brave.

There are lots of articles and documentaries that go into depth about this. Earlier this year, The Root did an article about the author of the song, named Francis Scott Key, who had a disdain for Blacks, who he saw as inferior. 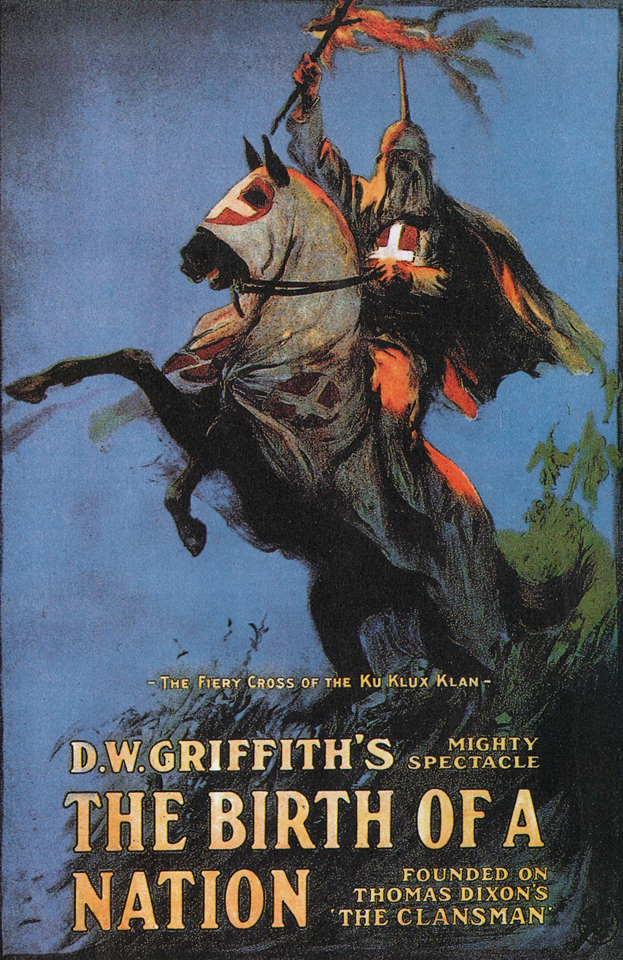 But the real kicker is how “The Star Spangled Banner” became our national anthem. Three years into his presidency, in 1916, President Woodrow Wilson named the song the official anthem of the armed forces; it was eventually ratified as the national anthem by Congress in 1931.

This is the same Woodrow Wilson who a year earlier hosted a private screening of a movie called “The Birth of a Nation” by D.W. Griffith. The original name was “The Clansman,” and it was about the newly formed KKK saving the South from Black people who got elected into office after the Civil War during Reconstruction.

The movie was full of harmful stereotypes and gave rise to the KKK and a decade of lynchings and Black communities being pillaged and ransacked all over the country. The movie depicted white actors dressed in Blackface scheming for white women. The KKK came to protect them and restore the South to white rule.

The movie was so horrific that there were mass protests and Booker T. Washington helped to finance a movie called “The Birth of a Race” to help counter the damage done. Most folks don’t know that Booker T. and others did this. The movie can be found on line. Unfortunately, that movie went nowhere while “The Birth of a Nation” blew up and was deemed a cinematic masterpiece.

President Woodrow Wilson said this about “Birth of a Nation”: “It is like writing history with lightning, and my only regret is that it is all so terribly true.”

Yes, that’s the history behind the song that Colin Kaepernick refused to stand up for or sing. He knew what time it was and is. Do you?

And for all those folks saying this song represents those who fought for our freedom, here’s three things to keep in mind: First, there was no opposition from our armed forces against Wilson’s assertion about “Birth of a Nation” and the rise of the Ku Klux Klan. In fact, many KKK folks joined the Army when Blacks were not allowed or were segregated. Wilson wanted Blacks to be segregated.

Second, after “Birth of a Nation,” Blacks were lynched all over the country by the hundreds. There were efforts by people like Ida B. Wells, who fought for over 20 years to get an anti-lynching bill passed. It never happened. There was a refusal by white lawmakers to do such a thing and hold the KKK and other white supremacist groups accountable. The president and Congress refused during the height of mass executions of Blacks.

The president and Congress refused to hold the KKK and other white supremacist groups accountable during the height of mass executions – lynchings – of Blacks.

Third, the song is about recapturing slaves who tried to run away and even fought against their masters to escape bondage during the War of 1812; one of the battles of that war inspired the composition of “The Star Spangled Banner.” After the British lost, George Washington rounded up slaves who fought in the war and returned them to their masters.

But Colin needs to stand and sing that song? Yeah, right. Wonder how the folks who are in Kaepernick’s fraternity, Kappa Alpha Psi, are feeling about the strong stance he took. [Editor’s note: Dre Whitt responded on Facebook: “The men of Kappa Alpha Psi Fraternity, Inc. stand STRONGLY and support Brother Kaepernick. … TRUST!”]

Davey D can be reached at mrdaveyd@gmail.com. Visit his website, Davey D’s Hip Hop Corner, and his blog, Hip Hop and Politics, and listen to him weekdays at 4 p.m. on KPFA’s Hard Knock Radio.

What So Proudly We Hail | DOCUMENTARY from Duane Saunders Jr on Vimeo.