Over 10,000 SF residents, mostly in the City’s lower-income neighborhoods, have suspended licenses

San Francisco – City agencies are banding together to conduct a final push for outreach targeting the City’s most vulnerable unemployed and underemployed residents. Under a program signed into law by Gov. Brown, individuals with suspended driver’s licenses can have them reinstated immediately and reduce debt associated with court orders. 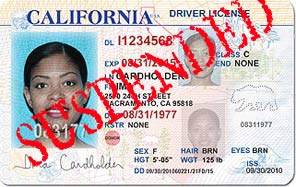 The program, which ends March 31, 2017, is an important opportunity for low-income San Franciscans to relieve debt and lift one of the most intractable barriers to employment.

“Suspended driver’s licenses disproportionally impact communities of color and low income individuals. In San Francisco, we want to ensure through this program that every resident affected has access to this amnesty program and equal access to job opportunities – leading to a pathway out of poverty,” said Todd Rufo, director of the Office of Economic and Workforce Development.

The Office of Economic and Workforce Development (OEWD) and the Financial Justice Project, an initiative of the Treasurer’s Office, launched a multilingual public service announcement and outreach campaign to increase the number of San Francisco residents who apply for the amnesty program before the deadline.

The program, which ends March 31, 2017, is an important opportunity for low-income San Franciscans to relieve debt and lift one of the most intractable barriers to employment.

“Driver’s license amnesty is a critical opportunity for people to get out of debt and back on the road,” said José Cisneros, treasurer of the City and County of San Francisco. “As the governor indicated in his budget, suspending licenses for failures to appear in court or pay a fine doesn’t improve public safety and it harms poor people.”

Most driver’s license holds in California originate from either a failure to appear in court (FTA) or a failure to pay court-ordered fines (FTP) infraction. In the three-year period ending in March 2015, more than 10,000 San Francisco drivers received over 15,500 holds for FTAs alone, according to the Department of Motor Vehicles (DMV).

These drivers are disproportionately represented in the City’s lower-income neighborhoods, including in Bayview Hunters Point, Treasure Island and the Tenderloin. The San Francisco Lawyers Committee for Civil Rights has noted an above-average suspension rate across the state in zip codes with 20 percent or more African American residents.

“Driver’s license amnesty is a critical opportunity for people to get out of debt and back on the road,” said José Cisneros, treasurer of the City and County of San Francisco.

Licensed drivers have greater work advantages and options. Individuals who work further from home live in areas that tend to be more affordable but further away from public transit lines and/or they work non-traditional work hours.

A driver’s license is needed to ensure a commute to work by car, especially for working mothers who have to drop off and pick up children or run important errands for the family. Employers also frequently require a driver’s license as a precondition to employment, either because driving is a part of the job or simply as a way to screen applicants.

“I am disabled and need a car to get around. Having a vehicle is a great situation for me and a privilege,” said Charles Cotton, a veteran, who recently reinstated his driver’s license through the amnesty program. “Once I got into the system, I was kind of leery at first because I don’t have that kind of money.

“I tried to do community service but there was a fee for community service, so I felt trapped. But the amnesty program made it possible for me to get my driver’s license before the ticket was paid off completely.”

Licensed drivers have greater work advantages and options. A driver’s license is needed to ensure a commute to work by car, especially for working mothers who have to drop off and pick up children or run important errands for the family.

The collaboration is a joint effort of a working group to streamline and conduct outreach and study the impact of driver’s license suspensions on San Franciscans. The partnership includes Adult Probation, the Human Services Agency (HSA), the District Attorney’s Office, Department of Children, Youth and their Families, the Treasurer and Tax Collector’s Office, HOPESF, Child Support Services and the Public Defender’s Office.

Since the implementation of the amnesty program, the group continues to meet and coordinate among the various City departments, the San Francisco Superior Court and community stakeholders to ensure the program is as effective and as wide-reaching as possible in San Francisco.

“Employment is a key component to ensuring economic self-sufficiency and a valid driver’s license is key in securing employment. The amnesty program is helping hundreds of individuals in high needs communities who have been without their license for years to secure this critical document and re-engage in the workforce.”

“Young Community Developers (YCD) has a strong history as an anchor institution in the Bayview Hunters Point. YCD is committed to supporting the community by providing quality barrier removal and wrap around support services,” said Yolanda Gutierrez.

As part of his 2017-18 proposed budget, Gov. Brown introduced legislation that will do away with license suspensions as a mechanism for the enforcement of debt. In the meantime, all eligible San Franciscans can take advantage of the opportunity presented by the amnesty program to reduce their debt and get their licenses back right away.

The City is also partnering with the Lawyers Committee for Civil Rights, which provides application assistance to the general public and guidelines for case workers and nonprofit partners Project Legal Link, which hosts an online resource page related to the program. San Francisco is the first city in the nation to launch a Financial Justice Project to assess and reform how fees and fines impact our cities’ most vulnerable residents. The Financial Justice Project is an initiative of the Office of the Treasurer.

In addition to the official web link on the Amnesty Program on the San Francisco Superior Court’s website, the City also launched a web page about the program, www.oewd.org/ticket, and 311 will provide information to callers in multiple languages.

Gloria Chan of the San Francisco Office of Economic and Workforce Development can be reached at Gloria.chan@sfgov.org or 415-554-6926.