So we must raise the questions needed to spark the discussion so many civil rights activists, politicians, authors and humanitarians fail to acknowledge: Do prison lives matter? Do Black lives matter behind prison walls? The blatant disregard for prison lives or public discussions on the mass incarceration in amerikkka can be blamed on both consciousness AND unconsciousness of the above.

For those who are conscious to the politics of this industrial slave system, the subject of New Afrikans, or Blacks, being targeted by the “war on drugs” and harsh gun laws and labeled domestic terrorists for our political beliefs will be ignored so as not to upset their bourgeois-conservative colleagues or be blacklisted by the establishment.

For the unconscious, the discussion of prisoner rights does not exist due to the prestige of amerikkka’s kkkriminal justice system and fascist government. They have been miseducated to view these capitalist institutions with a false sense of legitimacy. Therefore, all they see is justice being served by lawful kkkourts and honorable judges rightfully prosecuting criminals who broke the laws of society.

We are launching this “Prison Lives Matter” campaign in an attempt to unite with political prisoners and their organizations, forming a collective struggle or cadre behind enemy lines capable of spearheading this endeavor to seize the time and bring new life to the prison movement.

We must raise the questions needed to spark the discussion so many civil rights activists, politicians, authors and humanitarians fail to acknowledge: Do prison lives matter? Do Black lives matter behind prison walls?

As with all totalitarian institutions in the colonial empire that are used as a tool to suppress poor, lower class people, the prison system has been disguised by the establishment to hide its political and economic position of hierarchy within their capitalistic class structure and kkkulture. These slave kkkamps are not filled with the privileged bourgeoisie or upper ruling class; their social and economic status gives them no need to commit theft, burglary, robbery or deal drugs in order to eat and survive.

These slave kkkamps are used to house New Afrikans, those of us who refuse to conform to the conditions of colonialism, and all other oppressed people who have been deliberately and systematically put in social situations plagued with poverty, under- and unemployment. They are amerikkka’s kkkoncentration kkkamps for political prisoners of war who have been kidnapped for their political stand in the fight for liberation during the anti-colonial revolutions.

The prison industrial slave complex is one of amerikkka’s biggest economic resources, an $80 billion a year industry. Prison lives do not matter when we are treated like animals, property and viewed as capital goods. Instead of rehabilitating and decreasing the prison population, capitalist politicians are raising the sentencing 50-85 percent and building more private prisons to profit from.

The prison industrial slave complex is one of amerikkka’s biggest economic resources, an $80 billion a year industry.

For the first time in decades we are seeing a level of resistance from the people in mass numbers, the blinders are coming off one by one exposing the masses to a new reality where old heroes become class enemies and nothing is as it seemed. In their early stage of agitation, we see them mobilizing and protesting against things like the national anthem, the Oscars, the confederate flag and police brutality because these are “trending topics” on social media, or the only issues seen are Black lives matter reps talking on bourgeois news programs. We all know the emotions and mind frame of the colonized subject who has just awakened from a Willie Lynch induced coma. They are receptive and eager to engage in some type of struggle alongside their people.

The causes they organize around are social realities fought by the generation and forerunners before us, but they are new to the generations of people in amerikkka who grew up in this neo-colonial era without national movements or a Malcolm X, George Jackson, Huey P. Newton, Assata, Afeni Shakur or an Angela Davis to agitate, educate and organize our communities and raise awareness to the class contradictions that oppress all “races.”

For the first time in decades we are seeing a level of resistance from the people in mass numbers, the blinders are coming off one by one exposing the masses to a new reality where old heroes become class enemies and nothing is as it seemed.

The social climate that has sparked a fire amongst the masses in recent years has gave birth to a new generation of class conscious cadre and political prisoners, a movement with the potential to force change by raising issues of privilege and poverty, real and diverse issues that represent class.

Even with all the mass demonstrations and celebrity activists speaking out through international platforms, it’s clear that we still have to be our own media and journalists because the ones who are allowed to have a voice “either don’t know, don’t show or don’t care.”

When the pigs lynch an unarmed brother or sister or violate civil rights on the streets, Black Lives Matter and the NAACP are front and center. Do they think these atrocities stop at the prison gate? It’s not a separate struggle. If we don’t have the outside movement behind us, then we have no voice to shout our demands and let our struggle be heard.

There are no video phones in here to capture the murders or daily beatings and broadcast them on MSNBC for the world to see. There aren’t any national press conferences held by civil rights attorneys every time we are assaulted by five or six pigs, maced and tazed while handcuffed behind our backs!

Do they think these atrocities stop at the prison gate? It’s not a separate struggle. If we don’t have the outside movement behind us, then we have no voice to shout our demands and let our struggle be heard.

There aren’t any protests or outrage about us being locked in cages for 23-24 hours a day, no demonstrations for those of us kept in solitary confinement or administrative segregation for years or even decades simply because we have been identified as “STG” (Security Threat Group) by the state for our political beliefs, some obviously more than others, but we are all being oppressed and enslaved by the cruel and unusual punishments, industrialized prison labor, the exploitations of our loved ones for overpriced phone calls, commissary and vending machines: all for the benefit of the same class enemy.

There is no fear of consequences, public opinion or a conflicting moral judgment from the higher-ups in prison administration. We have no human rights behind these walls, and they waste no time letting us know our lives do not matter.

There has been a lack of liberation movements in general for the better part of 30 years in this kkkountry. That absence in political education and militant resistance has allowed the fascists to maintain and strengthen their totalitarian state.

My generation (I’m 26) that came in during the gang-banging/crack era after the FBI and COINTELPRO murdered or framed all of our leaders is lost! So our political cadre must rebuild inside and out by uniting with like-minded individuals to educate and organize during this unique time when the people are paying attention and willing to mobilize against the powers that be.

We have no human rights behind these walls, and they waste no time letting us know our lives do not matter.

Some of the organizations and comrades have been legendary figures who have been a voice for this struggle and remained active for longer than I have been alive, so it goes without question they have extensive networks and similar platforms as Prison Lives Matter are already being pushed. We have political prisoners of war in nearly every kkkamp.

There are countless prison movements and organizations from coast to coast struggling for the same purpose, but most of us don’t even know any others exist. We reduce our own power and potential by failing to be a collective struggle.

We see LGBT, Black Lives Matter and these women demonstrations taking place right now with millions around the kkkountry; they aren’t monolithic. We know they are diverse in issues and everything else – but they network, organize and mobilize.

I am calling on Comrade Abdul Olugabala Shakur, the brothers and sisters at George Jackson University, comrade Sanyika Shakur, Hondo T. from the Spear and Shield Collective, Sundiata Acoli and Mumia Abu-Jamal to help the New Afrikan Liberation Collective and the BGA manifest this vision. By doing so we are not only bringing new life and a spotlight to the prison movement for all comrades, PPs and PPOWs, we are also able to network and connect our New Afrikan/Black Nationalist formations in order to bring ideology and political education to the new formations etc.

There are countless prison movements and organizations from coast to coast struggling for the same purpose, but most of us don’t even know any others exist. We reduce our own power and potential by failing to be a collective struggle.

We must take full advantage of the social climate and use the election of Donald Trump as a blessing in the revolutionary process needed to agitate and raise national consciousness. Nothing lasts forever and, if we fail to seize the time, it may be another 30-plus years before we see this level of resistance!

The time is now! Together we can take the movement to a higher struggle, so let’s strategize and struggle forward! I look forward, as do all of us behind PLM, to hearing back from those we have called on or reached out to, as well as any righteous individuals who are dedicated to the struggle. NO RATS or agents of the state! There will be screening and background checks for those we don’t know. ALL POWER TO THE PEOPLE!

One Love, One Struggle,

Kwame Shakur is cofounder and chairman of the NALC and ambassador to the BGA. Send our brother some love and light: Kwame Shakur (Michael Joyner), 149677, FCF, 4490 West Reformatory Rd., Pendleton IN 46064. 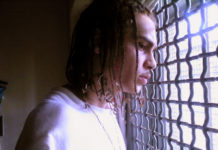 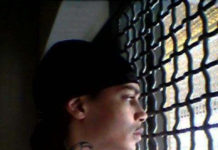