The debate about what are considered fundamental human rights is constantly evolving and changing. And in the United States, incidents like the recent water crisis in Flint, Michigan, have raised questions about whether or not access to clean water is a basic right – although arguably this has been a discussion among people all around the world, and in marginalized parts of the U.S., for quite some time. 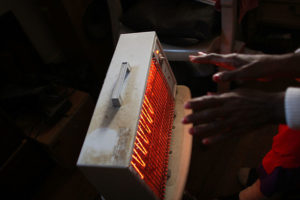 However, a new report issued by the National Association for the Advancement of Colored People (NAACP) also reframes access to energy service and electric power as a basic human right. Simply put, according to the NAACP, electric power is essential to our health, well-being, safety and prosperity.

The report calls for “the establishment of a universal right to uninterrupted energy service.” The report lays out policies and practices to ensure disadvantaged people have access to electricity.

“This new report reiterates what low-income communities have known for years – living in poverty is more expensive,” said Cecil Corbin-Mark, deputy director of WE ACT for Environmental Justice, a Harlem-based environmental group. “Poor access to energy efficiency and lower incomes means it is harder to pay your bills.”

Simply put, according to the NAACP, electric power is essential to our health, well-being, safety and prosperity.

Poor families dedicate a larger share of their income to their power bill, leaving less to spend on essentials, like food or medical care. And, as Corbin-Mark noted, “It can be life-threatening when shutoffs occur.”

You can access the full report here. Among the many reasons listed as to why this is an issue of social justice, the report lays this out as an issue of racial justice – particularly because many of those who experience dangerous and unnecessary shutoffs, especially in extreme temperatures, are poor people of color.

“This new report reiterates what low-income communities have known for years – living in poverty is more expensive,” said Cecil Corbin-Mark. “Poor access to energy efficiency and lower incomes means it is harder to pay your bills.”

According to data from the Energy Information Administration, among households at or below 150 percent of the poverty level, those headed by African-Americans were more than twice as likely to endure power shutoffs as those headed by white Americans. The report said this disparity could be the result of institutional racism or differences in wealth, among other factors.

The report also makes a clear connection to climate change, with specific recommendations at the state level to prevent power shutoffs.

“Extreme heat and cold with climate change will only make inequality and injustice worse,” said Corbin-Mark of WE ACT for Environmental Justice. “In New York State, we have some of the highest electricity costs in the nation, and we need more low-income customers and communities of color represented on the Public Service Commission and involved in energy policy decision-making and regulation.”

The report also makes a clear connection to climate change, with specific recommendations at the state level to prevent power shutoffs.

The NAACP calls on every state to implement policies to prevent disconnections, including:

Energy justice is an important and complex issue worthy of nuanced debate. We know that the kinds of stories and the proposed policies laid out in the report won’t see the light of day in the Trump administration since it is anti-poor, anti-climate science, anti-social justice, anti-people of color and, likely, anti-human. However, perhaps a few progressive states will take up the policies proposed here and, if nothing else, this may be the start of education, raising awareness, and starting a meaningful conversation.

Kelly Macias is a staff writer at Daily Kos focusing on racial justice, social justice and gender issues. Contact her on Twitter: @kelmacias. This story first appeared on Daily Kos.