The Jericho Movement to Free All Political Prisoners (now more commonly known as the National Jericho Movement) was started by Safiyah Bukhari (d. 2003), Herman Ferguson (d. 2014) and Jalil Abdulmuntaqim, who is a Black Panther political prisoner incarcerated for over 44 years. Jericho has maintained a steady course for 20 years. Beginning with its famous march on Washington in 1998, Jericho has continued to campaign to free freedom fighters, community activists and revolutionaries primarily from movements of the 1960s and ‘70s.

As time passes from decade to decade, one of the most difficult challenges facing Jericho is maintaining the continuous process of education of communities across the United States to the realization that political prisoners actually exist in this country. As movements come and go, racism and oppression remain; as well as those who have stood and fought against injustices, exploitation, and police and state sponsored violence remaining in prison for decades. Federal and state government, academics and media have done a stellar job in minimizing, misrepresenting and erasing the history and context of domestic revolutionary movements.

Without any historical context and analysis, freedom fighters of the past are easily made to look as though they are no more than common criminals. As a matter of fact, all revolutionary movements have been made to appear as such. Therefore, a profound nexus between movements and struggles past and present is the realization and support for political prisoners.

As time passes from decade to decade, one of the most difficult challenges facing Jericho is maintaining the continuous process of education of communities across the United States to the realization that political prisoners actually exist in this country.

Support for political prisoners requires not just knowing, but doing. It requires action.

During the civil rights and national liberation struggle era, many revolutionary organizations, freedom fighters and community activists were victimized by the government’s counter intelligence program (COINTELPRO) unleashed by then FBI Director J. Edgar Hoover in the 1950s to disrupt the activities of the Communist Party of the United States. In the 1960s, it was expanded to include domestic revolutionary organizations and militants, including members of the Black Panther Party, American Indian Movement, Revolutionary Action Movement, Young Lords and white anti-imperialists.

In its arsenal, the counter intelligence program employed tactics such as assassination of leaders, torture, Black propaganda, frame ups and imprisonment. It became a specific focused goal of COINTELPRO to ensure that no viable Black messiah or leadership arises to motivate and organize Black people toward freedom, justice and equality. In 1975 the Senate’s Frank Church hearing declared COINTELPRO to be an illegal program. COINTELPRO continues today under many names, all of which now are perfectly legal.

It’s unconscionable for activists and human right organizations today to overlook or abandon those who have sacrificed their lives for the movement and who languish in prisons for 30, 40 and 50 years! It is the responsibility of all conscious people, activists and human rights organizations to become informed about political prisoners and to realize that political arrests and incarcerations continue till this day. It is one of the state’s natural and historical repressive responses to those who fight for freedom, justice and the right to self-determination.

There are dozens, perhaps hundreds of political prisoners in the United States. Most notable are those who have come from socio-political movements, such as Mumia Abu Jamal, Leonard Peltier, Dr. Mutulu Shakur, Sundiata Acoli and the remaining MOVE members, just to name a few familiar names[i]. There are also those who have become political while in prison, akin to the life experience of the renowned revolutionary, George Jackson, assassinated Aug. 21, 1971, in San Quentin Prison.

Then there are those cases that are political, not because of the conscious level of the person involved, but because of the racism inherent within the institution of policing and the judicial system itself. When all of these factors are considered, the United States does indeed have thousands of political prisoners.

Support for political prisoners requires not just knowing, but doing. It requires action.

Jericho has local chapters across the United States. Some of its activities include actively maintaining direct communication with each political prisoner by visiting and writing them; providing financial assistance to them and their families as needed and when possible; advocating for their increasing medical needs, particularly as everyone gets older; working on amnesty campaigns – legal and political; educating people and communities across the United States with the strategic objective of building a mass movement to free all political prisoners; and building working alliances and coalitions with other like-minded people and organizations.

Uniquely, Jericho establishes communication with each political prisoner it represents so that they have a direct say in the direction of the organization.

This initiative will reveal to the world the continuing historical conditions of racism, political repression and economic exploitation of the masses of people, particularly Black people, and acknowledge the gallant fight of scores of revolutionaries in building a society free of racism, exploitation and oppression. It will declare the continued incarceration of those who fought against these conditions as political prisoners whose human rights have been violated and who deserve to be freed.

Jericho calls on and invites activists and human rights organizations throughout the United States to join in this strategic effort. This is the call made by El-Hajj Malik El Shabazz and those before and after him who stressed the importance of raising our socio-political abuses beyond that of civil rights and place them squarely on the international stage of human rights.

Jericho calls on and invites activists and human rights organizations throughout the United States to join in this strategic effort.

This is the call; this is the mission. Bringing the issue of political prisoners in the United States to the international stage will also serve to educate and connect international communities, organizations and governments to the history of U.S. repression and the peoples’ liberation struggles for freedom.

On March 24, 2018, the Jericho Movement will celebrate its 20th year anniversary of the original march on the White House. The event will take place in New York City and will include dinner and speakers as well as conscious performers. Not only are we looking forward to celebrating this 20-year milestone but we are more importantly looking forward to honoring its founders, their families as well as all of our PPs and POWs who have been waiting on their freedom.

While we stay within the guidelines and missives that were originally created, we are also taking innovative steps and approaches which will put us in a more strategically conducive position to address our PPs’ and POWs’ needs in this politically charged climate. Although we’ve had some victories and some losses over the last 20 years, we remain committed to bringing home our beloved freedom fighters who sacrificed so much, yet are still trapped behind the prison walls.

As this is a monumental event for not only those of us in service to free our freedom fighters, it is also an anniversary of importance to our political prisoners who started this movement in the spirit of hope and determination. Freedom fighters, their families and loved ones who remember the March on Washington are counting on all of us to help bring them home.

We ask for your support to make this a successful and memorable event which will produce forward thinking as we honor the Jericho Movement’s missives, our freedom fighters and their families as well as all those who have fought alongside of us in seeking their rightful freedom. Your much appreciated donations (go to http://www.thejerichomovement.com/donate) will help defray the costs of our anniversary celebration, such as assisting with travel expenses to bring former PPs to the event, catering and printing costs, as well as provide support for our continued efforts to “Free Them All.”

[i] For a complete list of Jericho supported political prisoners, please refer to www.thejerichomovement.com. 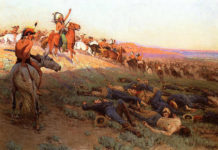 Jalil A. Muntaqim: The making of a movement