Community members and family of Sahleem Tindle, a 28-year-old father of two, killed by a BART Police officer in January, packed a BART meeting March 12 to demand that justice be served.

Tindle’s family passionately protested the lack of action by BART following Tindle’s death on Jan. 3 outside the West Oakland BART Station. Tindle’s family and legal team are calling for the city of Oakland to arrest and charge the involved BART officer, Joseph Mateu, with murder.

“This family should be grieving,” said Elizabeth Fitzer, a member of the Anti Police-Terror Project (APTP), an organization committed to ending violence against minorities by local and state police. She argued that Tindle’s family should be mourning his death instead of having to work to have his killer arrested and arraigned. “They should be allowed the time and the space to deal with the fact that they’ve lost a child – a nephew, a cousin, a brother, a father.”

Fitzer, along with members of Tindle’s family and community, addressed the BART Police Citizen Review Board (BPCRB), an organization of BART-appointed members who represent community concerns.

Other members of the community accused BART of releasing conflicting reports to the media and misrepresenting what occurred.

“We are saddened by the first lie that was initiated by [the Oakland Police Department] on Jan. 3, 2018, stating Sahleem Tindle had a gun in his hand and was shot and killed because he refused to put the gun down,” said Asale Chandler, who read a statement written by Tindle’s mother, Yolanda Banks Reed.

The official statement from the Oakland Police Department conflicts with the footage from Mateu’s body camera, which was released by BART Police last month. Tindle was fighting with another man across the street from the West Oakland BART Station when Mateu approached after residents told him that shots had been fired.

Gun drawn, Mateu’s body camera footage shows him shouting, “Let me see your hands” just seconds before shooting Tindle in the back three times. The footage also shows a gun-like object on the ground but doesn’t indicate who the gun belonged to.

“I am truly disturbed by this reckless, uncalled for force of action that occurred in broad daylight right in front of his wife and two young children,” said Kanikah LeMon-Jones, one of Tindle’s former teachers. “I know I speak for all too many parents and loved ones of these African American males and Sahleem Tindle in particular – where they’re killed at the hands of the police and others.”

“Where are the days where police would aim for an arm or a leg to disable a suspect?” she continued. “These officers shoot to kill. My students are afraid to ride BART and public transportation for fear of being shot and killed.”

George Perezvelez, a member of BPCRB representing Oakland’s District 9, headed the meeting and reminded the rest of the committee to remain impartial, but to speak from the heart. He expressed sympathy for the family’s loss. “I want to respond as a Brown person and as a father,” Perezvelez said.

Crystal Brown-Hamilton, Tindle’s cousin, addressed the committee. “Do you know what it feels like as a person of color, as a mother of color, to have to go through [this] procedure with a 13-year-old and a 10-year-old to know what to do if they are stopped by an officer?” asked Brown-Hamilton. “We went through scenarios with a 13-year-old … that your goal is to make it home alive.”

The climax of the meeting occurred when Iysis Levi, age 7, approached the podium, which was taller than she is. “I just want to know why you shot him,” Levi said to the silent room, which immediately erupted into applause. The audience stood and pointed at BART Chief of Police Carlos Rojas, demanding that he answer the question.

Rojas commented that he knew little of the criminal investigation, as it was being conducted by the Oakland Police Department. When Mateu crossed the street from the West Oakland BART Station, he entered the OPD’s jurisdiction.

Aaron Levy-Wolins has covered this story extensively and expertly for El Tecolote, where this story first appeared.

On March 29, Evan Sernoffsky wrote in the San Francisco Chronicle: “The BART Police Department promoted an officer who fatally shot a man in January near the West Oakland Station, selecting him for a mentoring role amid an investigation into whether the shooting followed state law and agency policy, records show.

“But the promotion of Joseph Mateu to field training officer, announced Monday by BART Police Chief Carlos Rojas, was put on hold Wednesday after The Chronicle called the agency to ask about it, according to internal bulletins.

“Wednesday’s bulletin, marked as an ‘addendum’ and ‘correction’ to the earlier one, said the selection process for new field training officers ‘has not yet been finalized.’”

Joseph Mateu, a BART officer for 13 years, is under investigation by Oakland police and the Alameda County district attorney’s office for the Jan. 3 shooting of Sahleem Tindle across the street from the West Oakland BART station.

Mateu shot Tindle three times in the back, yet Mateu has not been officially accused by authorities of any wrongdoing. Placed on administrative leave for two weeks after the shooting, he returned to work Jan. 18, and Chief Rojas praised his “courage” because he thought Tindle had a gun, though he was shot with his hands up.

Rojas has not responded to phone calls from The Chronicle.

The news of BART’s promotion of Mateu, now on hold, “is pretty stunning to me,” said civil rights attorney John Burris, who is representing Tindle’s family. “It certainly suggests prejudgment of the conduct of the police officer by the department. This only encourages distrust in the ability for the police to police themselves.”

Tindle’s family members, including his brother, professional boxer Karim Mayfield, have said that Mateu was not threatened by Tindle and that Tindle did not have enough time to heed the officer’s orders.

“They need to release him from his job and then they need to prosecute him,” Tindle’s brother LaRon Mayfield said of Mateu. “We are not going to let my brother just die in vain from senseless violence from the police.”

“On Monday, April 2, the family of Sahleem Tindle will meet with District Attorney Nancy O’Malley to discuss next steps in the fight for justice for Sahleem. At 3:30 p.m., the family and community will converge at 1225 Fallon St. in Oakland. The family will meet with the DA and then join the community for a rally and protest outside of the courthouse,” announced the Anti Police-Terror Project.

The family will remind O’Malley that BART Officer Joseph Mateu never identified himself as a police officer before shooting Sahleem on Jan. 3 outside the West Oakland BART Station.

Mateu shot Tindle three times in the back, yet Mateu has not been officially accused by authorities of any wrongdoing.

They will point out that the initial claim that Sahleem had a gun in his hand at the time of the shooting was refuted by Mateu’s body cam footage. That footage, released on Feb. 20, showed Tindle with his back to Mateu seconds before being shot three times and rolling over with his hands up. Not once in the footage can Sahleem Tindle be seen with a gun.

In fact, Sahleem could not have had anything in his hands, let alone a firearm, because he was engaged in a physical confrontation – protecting his children – with an unknown man who has since disappeared. Sahleem’s partner and two small children were right there with him at the time, a fact the mainstream media has ignored.

At a Feb. 13 vigil-protest, civil rights lawyer John Burris had told the crowd: “The officer says, ‘Show me your hands! Show me your hands!’ and within moments, he starts shooting and shoots Sahleem in the back, bang, bang, bang. He could not have seen a weapon of any kind.”

The family will debunk BART’s claims that threats had been made against Mateu’s life, a contention apparently made to justify returning him to duty only two weeks after the murder. BART has produced no evidence of threats.

Though O’Malley has the power to charge Mateu with murder, APTP is skeptical: “Given her track record, however, the community is concerned that once again, she will side with a killer cop rather than the community and a family in mourning.”

According to the Washington Post, in 2017 California led the nation in police killings with a reported 162 people’s lives taken by law enforcement. A search finds no report that any of the officers have been held accountable. 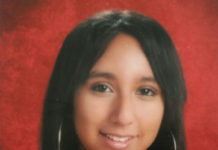 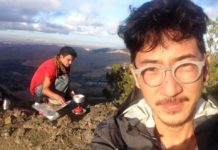 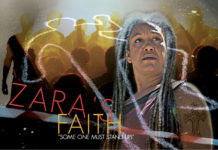