Thanking God for reparations, we heartily congratulate San Francisco Mayor London Breed, offering her our support and our love. This is her second time settling into Room 200, the mayor’s office in San Francisco’s palatial City Hall. She assumed it automatically on Dec. 12, 2017, when, as president of the Board of Supervisors, she stepped in when Mayor Ed Lee died in office.

In a similar scenario over a generation earlier, now U.S. Sen. Dianne Feinstein, then, in November 1978, San Francisco’s board president, assumed the office on the assassination of Mayor George Moscone, becoming San Francisco’s first woman mayor. Her position as acting mayor was not challenged and she went on to hold the office for 10 years.

London Breed, now our first Black woman mayor, was not given that deference. San Francisco, the city called the most progressive in the country, has been pushing Black people out since 1858, when nearly a thousand Blacks sailed away to Victoria, British Columbia, to escape a city where leading citizens called for re-enslavement and where their children were barred from the schools. California legislators were even considering a ban on Black immigration.

On Jan. 23, 2018, Acting Mayor London Breed was snatched out of office when other supervisors feared the very popular Black woman would win the June 5 mayor’s race by the advantage of incumbency. She didn’t need that advantage, nor did the Black community miss the message.

We can’t help recalling a story Tom Fleming, editor for 50 years of the venerable Black newspaper, the Sun-Reporter, loved to tell. Here it is in a 1999 interview published by FoundSF:

“I think it must have been around 1947; Roger Lapham was mayor. He called a press conference down in City Hall, so I went down there. After I met him, he said, ‘Mr. Fleming, how long you think these colored people gonna be here?’ I said, ‘Mr. Mayor, you know how permanent the Golden Gate out there is?’ He said, ‘Yes.’

“I said, ‘Well, the Black population is just as permanent as the Golden Gate, because we are American citizens like you.’ I said, ‘We don’t need no passport to come here like others who come here from other lands.’ I said, ‘You and the city of San Francisco may as well make up its mind right now that you’re gonna find jobs for these people. Either they’re going to get on welfare …’ I said, ‘Because they ain’t going back down South. They can make more money on welfare out here than they can pickin’ cotton down South!’ I said, ‘That’s how permanent the Black population is here in San Francisco.’”

That’s when Henry Kaiser had sent scouts South to recruit Blacks to come work in shipyards starving for war workers. Thousands came, settling in the Fillmore, about the only place in hyper-segregated San Francisco they could live, besides the barracks at the Hunters Point Naval Shipyard, and quickly made it Harlem of the West.

But already, in 1947, the same year Tom Fleming spoke truth to the mayor, San Francisco was hatching a plan for the “urban renewal” – “Negro removal,” according to Blacks – of two and a quarter square miles bordering City Hall, afraid that Blacks congregating so close to the seat of power could take it. Eventually, bulldozers pushed tens of thousands of Black residents and 5,000 Black businesses out of the Fillmore … and the music died.

It was up from the ashes of that scourge, the assassination of the thriving, even dazzling Black Fillmore, that our new mayor, London Breed, rose to assume the highest office in one of the top 20 richest cities in the world. Born and raised in Plaza East, a public housing highrise, she faced a long leap from the socio-economic bottom to the top. And though she had the shelter of some wealthy wings in addition to the Black grassroots, where her support is virtually universal, she made the leap under her own power: Black power!

San Francisco Chronicle columnist Heather Knight observed today: “Breed, who grew up in the Plaza East housing projects not far from City Hall, is about to sit in the big, plush Room 200 and bring in an annual paycheck of $335,996. In a country desperate for political inspiration, her story certainly fits the bill.” It also invites jealousy – and fear.

Through the years, official hostility to Black influence – and the resulting Black exodus – has only grown. In a story headlined “Why Are Black Folks Leaving San Francisco?” The Root reported, “In 1966, the San Francisco Planning and Urban Research Association (SPUR), a citizens and business-community action committee, wrote a manifesto, ‘Prologue for Action’:

“’If San Francisco decides to compete effectively with other cities for new “clean” industries and new corporate power, its population will move closer to standard white Anglo-Saxon Protestant characteristics. Selection of a population’s composition might be undemocratic. Influence on it, however, is legal and desirable for the health of a city.’”

London Breed will be the first mayor of San Francisco who can change that mind-set. Her support for the tech industry, for example, gives her the clout to call for reversing a trend that’s seen its Black workforce fall from 4 percent 20 years ago to 1 percent today. The many Black young people who’ve mastered coding and other high-tech skills will work with her to win those jobs.

We know personally how City Hall’s lockout of Black contractors and workers from the booming construction industry – a lockout that began way back 20 years ago now, in 1998 – has devastated the community economically, forcing young people who aspired to earn high construction wages into the underground economy, a sure path to prison or the graveyard.

Fred Jordan, nationally renowned civil engineer and president of the San Francisco African American Chamber of Commerce, told the New York Times in 2016 that the city needs a “Marshall Plan,” because “there are no jobs and no contracts” for Blacks. “Our backs are against the sea; we’re almost out,” he said then. Since January, he’s been campaigning hard for London.

Francee Covington, a Black member of the city’s Fire Commission, told the Chronicle as she watched the vote count in the City Hall basement office of the Elections Department that the election of a Black woman mayor would be “a wonderful thing, but it’s mostly that London would be that person. She’s like Shirley Chisholm. She is unbought and unbossed.”

Rejoice, Black San Francisco, in this historic victory! Let us work hard with London to rebuild the Black community and make it thrive again.

Like it or not, we live in a chaotic world, but out of chaos come opportunities. Black talent, energy and ingenuity can make San Francisco the most exciting city in the world and restore its soul.

The Black community, which has loved London Breed since she was that bright little girl with a future, will follow her lead and, summoning Blacks back to San Francisco, make it a mecca. With Mayor London Breed, we can make this city that is set on 48 hills the light of the world.

Bay View publisher and editor Dr. Willie Ratcliff and Mary Ratcliff, can be reached at editor@sfbayview.com or 415-671-0689. 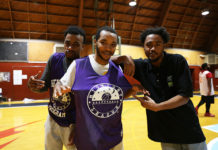 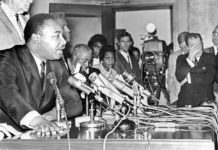