May our Divine Mother-Father Creator of and in All – and Beloved Ancestors from yesteryear and yesterday – find you and (y)our extended Family in healing Spirit and thriving.

A year ago this month, the Bay View graciously published my column titled “September, Please Remember.” (Visit: http://sfbayview.com/2017/09/september-please-remember/ ) That piece, which was inspired by an African elder i met in Jamaica in the 6230s (1980s) regarding the then-hurricane season, focused on the capitalist-induced climate chaos, environmental destruction and human catastrophes wiping out thousands of lives in areas around Houston, New Orleans, Puerto Rico and other parts of the Gulf Coast and the Caribbean.

With our planetary situation worsening – from massive flooding in India to Bangladesh, fire-nados raging out of control from Siberia to California and record high temperatures in Scandinavia and the Arctic, etc. – you and your organization are encouraged to join the worldwide RISE FOR CLIMATE JOBS & JUSTICE (https://ca.riseforclimate.org/ ) on Saturday, 8 September. In our region, the march will convene at the Embarcadero in San Francisco, at 10 a.m. This major people’s mobilization precedes the so-called “Global Climate Summit,” called by outgoing California Governor Jerry Brown, who despite his “green” clean energy rhetoric is, in reality, still a foolish fossil fuel investor, protector and fracker with dirty oil and filthy coal.

It is with a very heavy heart, that i take this opportunity to reminisce … on our loooong list of recently-departed family members and contributors to humane-ity (to use a term from our A-Wisdom G-o-d Dr. Kujichagulia, fka Phavia). And, so WE continue to call the roll, for:

Asante Sana (With Great Thanks and Appreciation) for your sacred condolences and shared wisdom to our family! Gratitude to our beloved G-o-ds Carole Hymans, wife of BIG MAN, and Billy X of It’s About Time/BPPSD Alumni for asking me to open this incredible celebration with a healing offering of Libations, and a shout-out to our powerful Ancestral Spirits, accompanied by G-o-ds Kujichagulia and Val Sarrant. Asé.

Building our movements of love

WE value every one of us

Respect and recognize this Truth

Please! Please! Think before you shoot!

With special appreciation to our dear Sister founders G-o-ds Alicia Garza, Patrice Cullors and Opal Tometi, and thousands of other grassroots activist leaders around the usa and African Diaspora, WE commemorate the Fifth Anniversary of our Black Lives Matter/Movement for Black Lives movements, which powerfully was initiated in 6253 AAC/2013 JC-PG! As our youthful leaders often say, Stay Woke! Asé. https://policy.m4bl.org/

IN THE SPIRIT OF BLACK AUGUST AND ANCESTOR GEORGE JACKSON … the nationwide prison strike has been launched. It is in motion from 21 August to 9 September. Check out the righteous demands and ways to support the campaign by going to the Incarcerated Workers Organizing Committee’s website at https://incarceratedworkers.org/campaigns/prison-strike-2018.

PLEASE SUPPORT OUR BELOVED SPIRIT-WOMAN Ramona Africa and the Move Family in Philadelphia, as she faces some major health challenges: https://www.gofundme.com/helpsaveramonaafrica.

UP YOU MIGHTY AFRICAN PEOPLE! Gratitude to our commUNITY members and visitors who dropped by for our Sixth Annual Sacred Birthday Celebration and Read-In for Ancestor MARCUS MOSIAH GARVEY. Please continue reviewing Garvey’s great wisdom and works, like “Philosophy and Opinions”; and shop at or call to order your books from the oldest African-owned bookstore in the usa: Marcus (Garvey) Books, located at 3900 MLK, Jr. Way, Oakland (two blocks from MacArthur BART station), (510) 652-2344 or www.marcusbooksoakland.com.

GO SEE BOOTS RILEY’S SORRY TO BOTHER YOU FILM! Or, go again, if you’ve already seen it. It’s enlightening! Edu-taining! Inspiring! And, exposes some of the ills of capitalism’s profit at all costs, corporate greed, gentry-fication and deadly homelessness, police brutality, sick “cloning” and genetic modifications … as well as our growing movements to unite and win justice and create better relationships, workplaces and societies. Asé.

Several readers noticed that our most recent Bay View was a combined July-August 2018 issue. As you are aware, the paper is struggling financially. WE desperately need your support to keep producing, printing, mailing and distributing the paper throughout the Bay Area and around the usa, including to numerous prisons. Please make a much-needed contribution, place an ad or subscribe now to keep the Bay View in print. Call us at (415) 671-0789; or send donations to 4917 Third Street, San Francisco, CA 94124. Asé.

Jahahara is a Baba (Father), a “FREE-tired” commUNITY-labor-environmental and justice organizer, writer, musician and author of several books, including “Many Paths to Kujichagulia (Self-Determination).” Check out songs from his musical catalog at https://soundcloud.com/search?q=jahahara Reach him c/o support@africansdeservereparations.com or FONAMI, P.O. Box 10963, Oakland, CA 94610 usa 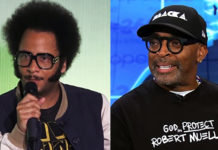 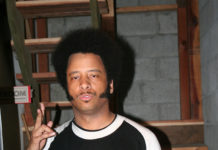