I answered the call Aug. 21, 2018, and put together a hunger strike team. My name was released on the local WTOL News as one of the protesters with the Nation of Islam, who showed their support by hitting the parking lot entrance with banners to protest mass incarceration and prison slavery.

A plot to kill me and poison my food by an officer was exposed. But I’m hard to kill. Can’t stop, won’t stop.

Then I noticed the news reports covered my strike at Toledo but not Hasan, who has been on hunger strike for a month. The enemy took his phone for a year and his JPay until Oct. 20, 2018, to silence him during the strike when in fact OSP (Ohio State Prison) Youngstown was on work stoppage. You can follow him at lucasvilleamnesty.org.

A plot to kill me and poison my food by an officer was exposed. But I’m hard to kill. Can’t stop, won’t stop.

We need to load up on the United Nations and Inter-American Commission on Human Rights with hundreds of complaints against solitary confinement, the death penalty, juvenile life with or without parole and the need to amend the 13th Amendment to delete the slavery clause – and we need to demand the right to vote.

Siddique Hasan needs our support to demand he have access to the phone and JPay. Stop all retaliation! Contact the Correctional Institution Inspection Committee on behalf of Hasan at 614-466-6649 as well as the federal District Court, 330-884-7400, concerning retaliation. 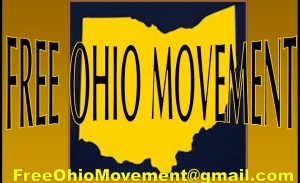 Turning his phone off to silence him violates his First Amendment rights to complain about his conditions of confinement to the media and the courts.

Siddique Hasan needs our support to demand he have access to the phone and JPay. Stop all retaliation!

In the meantime, I’m gonna hold you down, my brother, and call in weekly to the Nation of Islam and write the press about you and our struggle. I even got the National Lawyers Guild to form a legal response team to deal with Ohio, and the United Nations has been put on alert.

I’m on a mission to destroy the enemy and this machine called the Prison Industrial Complex. We need private investigators and hidden cameras to expose these corrupt guards beating us in handcuffs and police lying on their reports and photos of the food.

Currently after all the media attention and protesters, I’m labeled a threat. So the prison and unit manager Ms. Robinson built a cell behind soundproof glass to separate me from the other prisoners to silence me.

My Facebook page is with the Free Ohio Movement at Free David Easley. Hit me up or call Central Ohio IWOC, 614-681-0905. You can also email me at JPay.com.