Tacoma, Wash. – On Tuesday, Dec. 11, up to 40 immigrants detained at the now infamous Northwest Detention Center in Tacoma began refusing meals, initiating a hunger strike in protest of the conditions they face. One detained activist listed the group’s demands as follows: “I am part of a group of detainees that are going to go on hunger strike as the only way to protest and shine a light on the abuses that we suffer here.

“We are going on strike because: 1) of abuse by the NWDC director; 2) of abuse by the guards; 3) of the lack of medical attention; 4) of the bad food; 5) of the salary of a $1 per day; and 6) they rob us of our property.” This strike is the latest in a series of strikes protesting conditions inside the facility; the most recent mass strike began on Aug. 21 in conjunction with a national prison strike.

This December strike follows the Nov. 24 death of Amar Mergensana, who participated in the August strike and was hospitalized following 86 days of refusing meals. Though Mr. Mergensana asked for medical treatment repeatedly in the days before he was sent to St. Joseph’s, his requests were ignored.

His death follows a pattern of abuse, violence, callousness and death of detainees in ICE and GEO Group custody. One person currently on hunger strike reports that denial of medical care continues, with a fellow detained person brought to tears in his cell from pain and vomiting.

The activist reports, “I don’t know what happened to him because they took him out of the pod and placed him in solitary [confinement].” NWDC Resistance member Maru Mora Villalpando responded, “Rather than provide adequate medical care to detained immigrants, GEO Group and ICE are placing them in solitary confinement. They have proven themselves incapable of providing even the most basic medical care to people detained.” The multiple outbreaks of mumps and varicella in 2018 further point to the dangerous conditions for those detained.

Detained hunger-strikers also decry the NWDC director and guards’ overt racism, reporting that they feel threatened. One activist reports that the guards often “act like their fingers are guns and pretend to shoot us.” These small acts carry weight in an immigration prison where armed guards have the power to confiscate food, clothes and personal belongings.

NWDC Resistance brought Tacoma residents together for a vigil the same day, Dec. 11, 8 p.m., calling on GEO Group not to retaliate with the use of solitary confinement, threats of force feeding, or otherwise violating detainees’ free speech rights. Likewise, the group renews our call to Gov. Jay Inslee to visit people detained in his state and hear their concerns first-hand.

“If the city of Tacoma and state of Washington governments fail to take action, we fear that detained immigrants will continue to suffer unjust and deadly conditions,” concluded NWDC Resistance member Andrea Marcos.

NWDC Resistance is a grassroots collective led by undocumented immigrants and U.S. citizens located in Tacoma, Washington. It is an unincorporated association formed for the purposes of confronting human rights violations at the Northwest Detention Center and dedicated to ending the detention and deportation of immigrants. To learn more, visit www.nwdcresistance.org. 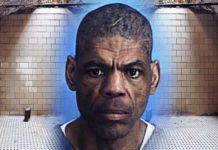