Z Gallerie, the luxury home furnishing chain store, calls itself the style authority for the fashion-forward home. But when it comes to its Black employees working at its Berkeley store, they call it a work environment that’s home to discrimination and retaliation against them, if they complain or bring awareness of mistreatment to management.

In a lawsuit filed against Z Gallerie by four African-American women who are former employees at the store, they claim they experienced racial discrimination in the form of lack of promotion, disparate treatment and unlawful termination.

“Z Gallerie put them in a Catch-22 situation, putting the women in a situation where they were forced to resign or get terminated,” said Waukeen McCoy with the McCoy Law Firm that’s representing the plaintiffs. “I have seen race discrimination cases before, but this is one of the more extensive ones.”

Tanisha Alston, Camille Goode, Shelita Harper and Mikala Jackson are the plaintiffs suing the retail giant. They all worked at the Berkeley Z Gallerie store, located at 1700 Fourth St.

“I have seen race discrimination cases before, but this is one of the more extensive ones,” said Waukeen McCoy with the McCoy Law Firm that’s representing the plaintiffs.

In one incident, Alston, who was the assistant manager at the store, was working as the acting manager, as the previous manager left the store. Without giving her a chance to apply for the managing position, Z Gallerie hired a store manager who was white. Alston had to eventually teach and train him on the duties of a store manager.

“These Black women had a wealth of experience in retail, and one in particular was qualified enough to run a store,” continued McCoy “But time after time, they were passed over for promotion of less qualified white employees.”

The lawsuit details instances when Human Resources for Z Gallerie were notified about the problems at the store by management. Instead of being reprimanded, managers who harassed the Black staff were often promoted.

“These Black women had a wealth of experience in retail, and one in particular was qualified enough to run a store,” continued McCoy “But time after time, they were passed over for promotion of less qualified white employees.”

When the plaintiffs felt they were being mistreated and they complained to Human Resources, they said their work hours were cut by the management. The lawsuit also states that the Black plaintiffs were being asked by Z Gallerie managers to profile Black customers who came into the store. They had to make sure that the Black patrons at the store didn’t steal and they double-checked their identification of the charges that were made with the credit cards. They weren’t asked to do this with the white customers who came into the store.

Charges of racial insensitivity at Z Gallerie are not new. In Dallas, Texas, in March of 2016, celebrity financial adviser Arnitra Johnson-Hall was at a Z Gallerie store trying to buy a gift card. Even through the purchase was approved by her credit card, she left the store after a white store manager called the store security hotline on her. She wrote about it on her Facebook page and the incident went viral, prompting a backlash against the store and a response from Z Gallerie.

Z Gallerie responded by stating that “discrimination in any form is not in line with our company culture or values.” Calls to Z Gallerie’s corporate office in Los Angeles were placed regarding the issues at the Berkeley location; they failed to respond. But Z Gallerie did reply to the lawsuit and the allegations.

“They denied everything, so we shall see what happens when we go to court,” said McCoy. Both Jackson and Alston applied for unemployment insurance, which Z Gallerie opposed, but the court granted it anyway.

McCoy said he tried to get the issues resolved with the corporate offices in Berkeley and the national location in Los Angeles.

“We actually tried to resolve this with Z Gallerie,” continued McCoy. “We were ignored and that’s why we decided to file this lawsuit. Usually a company will respond, but it’s telling they didn’t.”

The lawsuit was filed in the Superior Court of California for Alameda County. While Z Gallerie is headquartered in Los Angeles, the Berkeley store is one of the flagship stores on the West Coast. The lawsuit is asking for general damages, as well as special and punitive damages for all of the plaintiffs. 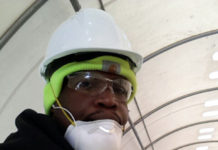