Nowadays, “Black Is Beautiful” is a corporate slogan and often used hashtag for millennial and I Generation social media users. However, applications of the term have been received with various results in the Black community.

In a March 1858 speech, abolitionist scholar John Swett Rock coined the phrase “Black Is Beautiful.” During the 1920s the Pan Africanist leader Marcus Garvey adopted the term “Black Is Beautiful.” Upon his deportation and eventual death, the concept waned, and calling somebody Black was grounds for a fist fight.

When Carlos Cooks arrived in Harlem from the Dominican Republic, he started a resurgence of Garvey’s teachings. As the head of the African Nationalist Pioneer Movement (ANPM), Cooks started an annual beauty contest called “Miss Natural Standard of Beauty.”

Carlos Cooks’ beauty contest inspired many, including some of his own ANPM members. One such was Elombe Brath, the lifelong president of African Jazz Art Society Studio (AJASS), which he co-founded along with his brother Kwame, Robert Gumbs, Chris Acemendeses Hall and others in 1956.

Their goal was to reclaim jazz as the music of contemporary African traditions that should be controlled by Black artists. AJASS ended up doing more than that, as they created the Grandassa Models a few years later.

The Grandassa Models were the foot soldiers and ambassadors for the Black Is Beautiful Movement. Initially, they were a group of eight Black women of who wore their hair in its natural state and modeled fashion for the world to see “Black Is Beautiful” in a new way.

The “Naturally” shows sparked the Black Is Beautiful Movement of the 1960s in New York City that spread to the rest of the United States, the Caribbean and across the globe.

It had some documented resistance at times, but the steam it gained as a movement was undeniable. Jazz music was still reflective of Black culture in America in this time and the Grandassa Models were popping up on jazz album covers everywhere, while at the same time the Grandassa Models’ runway fashion shows were expanding nationally.

In February of 1963, Naturally ‘63 attracted one of the largest audiences ever seen at the Audubon Ballroom with the Grandassa Models becoming a front-page story in Muhammad Speaks, the Nation of Islam paper, which Malcolm X developed from a small column featuring the group’s leader, Elijah Muhammad, into the largest weekly national Black newspaper in the country. This support continued for years.

Featured here is an August 1965 story highlighting one of the Grandassa Models, Jean Gumbs, with a story about the influential ladies going strong after four years while modeling and wearing natural hair styles, putting natural Black beauty on its proper pedestal in its community.

The same model, Jean Gumbs was again the center of focus when Eldridge Cleaver expressed adulation for the ambassadors of the Black Is Beautiful Movement.

What makes this tidbit so notable is that it’s no secret that when the former Black Panther boss Eldridge Cleaver released his controversial book “Soul on Ice” in 1968, he upset many when he used disparagingly hateful rhetoric about Black women.

However, it was not always his sentiment. Prior to writing his book, Eldridge Cleaver sent a letter from San Quentin Prison to AJASS offices in Harlem on 125th Street. The letter was addressed to AJASS President Elombe Brath (Cecil Brathwaite at time).

In the letter, Eldridge was ecstatic and fawning over seeing the Grandassa Models. His letter showed total adulation for Black women with natural hair, marketed and promoted as beauty icons. He was especially effusive about Grandassa Model Jean Gumbs, who was the sister of AJASS member Robert Gumbs.

Eldridge thought the Grandassa Models were the greatest way of marketing “Black Is Beautiful” and hoped to see them in person eventually. After “Soul on Ice” was released, the words inside made it obvious Eldridge had changed his fascination with Black Is Beautiful, but nonetheless that is the effect that seeing the Grandassa Models for the first time had on many people.

Segun Brathwaite can be reached at elombebrathfoundation@gmail.com. 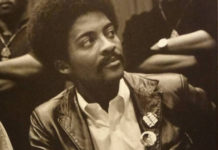 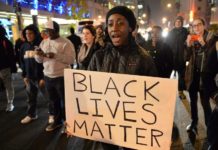